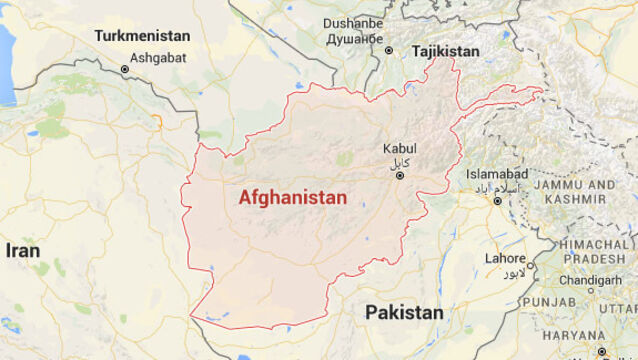 21 killed in Taliban attack in Afghanistan

At least 21 people including 11 police officers have been killed in a Taliban attack in Afghanistan, provincial officials said. 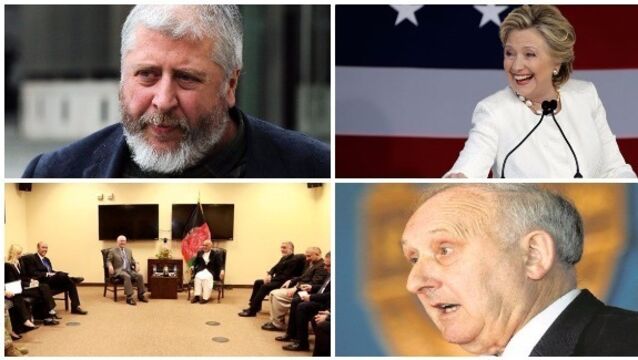 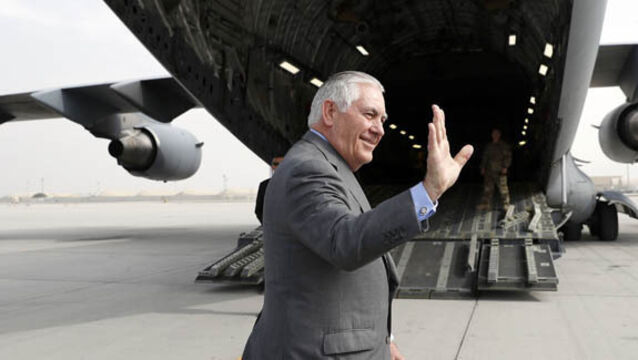 US secretary of state makes secret visit to Afghanistan

US secretary of state Rex Tillerson has made a secret trip to Afghanistan to outline the Trump administration's new south Asia policy.

Afghanistan's government has signed a draft peace agreement with a designated "global terrorist" after lengthy negotiations that could pave the way for a similar accord with the Taliban.

Omar Mateen, 29, was a bodybuilder and a security guard, a religious man who attended the local mosque and wanted to become a police officer.

Omar Mateen was a bodybuilder and a security guard, a religious man who attended the local mosque and wanted to become a police officer.

The US has killed the leader of the Afghan Taliban in an air strike in a remote border area just inside Pakistan, Afghanistan said yesterday, in an attack likely to dash any immediate prospect for peace talks.

David Cameron has called Nigeria and Afghanistan "possibly the two most corrupt countries in the world".

As the death toll in the massive earthquake that struck the remote Hindu Kush mountains soared above 300, officials on both sides of the Afghan-Pakistan border warned yesterday that casualty figures will likely leap once relief workers return from villages so remote they can only be accessed on foot or by donkey.

Over 230 killed in Afghan earthquake

A strong earthquake in northern Afghanistan yesterday shook buildings from Kabul to Delhi, cut power and communications in some areas and caused more than 230 deaths, mainly in Afghanistan and Pakistan.

Medical aid group Medecins Sans Frontieres denied that Taliban fighters were firing from its hospital at Afghan and NATO forces before a suspected US air strike killed at least 19 people in a battle to oust the Islamist insurgents from an Afghan city.

THE news that al Qaeda leader Ayman al-Zawahiri has pledged the group&rsquo;s allegiance to the new head of the Afghan Taliban, Mullah Mohammad Akhtar Mansour, underlines how fluid and almost universal the threat represented by radical Islam has become.

One-day peace talks between Afghan officials and Taliban representatives have ended with both sides agreeing to meet again after the Islamic fasting month of Ramadan.

350,000 Afghan troops to take place on frontline against rising Taliban

Official end to Afghan war for US and Nato

The United States and Nato have formally ended their war in Afghanistan with a ceremony at their military headquarters in Kabul.

The United States has returned four Afghans from Guantanamo Bay back to their home country.

Taliban suicide attackers in Afghanistan killed the South African leader of a foreign aid group, his son and daughter and an worker in an assault on the agency’s Kabul offices.

British troops ended their combat operations in Afghanistan as they and US Marines handed over two huge adjacent bases to the Afghan military, 13 years after a US-led invasion launched the costly war against the Taliban.

Campaigning officially opened yesterday in Afghanistan’s presidential election, with 11 candidates vying to succeed president Hamid Karzai in polls seen as a crucial test of whether Afghanistan can ensure a stable political transition.

An assassin yesterday shot dead a former high-ranking Taliban official working on reconciling Afghanistan’s insurgency with the government — a fresh blow to peace efforts on the day Kabul announced it was gradually taking the lead from the US-led coalition for providing security in much of the country.

A BOMB exploded near a police station outside a crucial city in Afghanistan’s south yesterday where Afghan forces are readying to assume security responsibility within hours, another worrying sign as insurgents seek to disrupt a gradual transition process.

Afghan election too close to call in first official returns

President Hamid Karzai and top challenger Abdullah Abdullah both have roughly 40% of the nationwide vote for president with 10 % of polling stations counted, the Afghan election commission said today as it announced the first official returns.

Afghans turned to the Twitterverse to share news of Taliban intimidation at the polls and voter turnout in the presidential election.

TOP candidates in the Afghan presidential race yesterday addressed rallies attended by thousands of cheering supporters on the last day of campaigning for key elections overshadowed by Taliban threats.

The UN Security Council votes today on a successor to Secretary-General Kofi Annan.

South Korea’s foreign minister cemented his position as favourite to succeed UN Secretary-General Kofi Annan when he became the only candidate to escape a veto during an informal Security Council ballot.

Donor nations have pledged €6.6bn to help war-ravaged Afghanistan rebuild and confront threats from private militias and widespread drug cultivation over the next three years.

President Hamid Karzai said today that delegates at a marathon constitutional council have overcome the chaos of an ugly walkout and are close to agreeing on his demand for a strong central government.