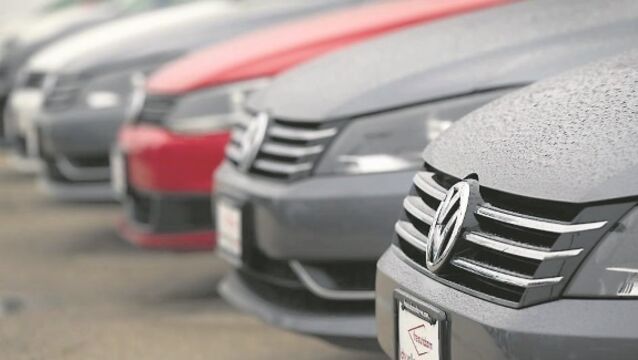 A number of European car makers, including Volkswagen across Europe and Astom Martin in Wales have initiated plans to reopen car plants shuttered for the past month due to the Covid-19 global lockdowns. 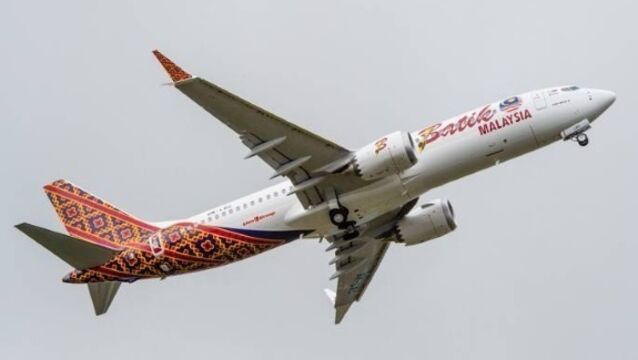 Airbus secured a $35bn (€31bn) jet deal from China during a state visit by President Xi Jinping to France, dealing a blow to Boeing as it grapples with the grounding of its best-selling jet. 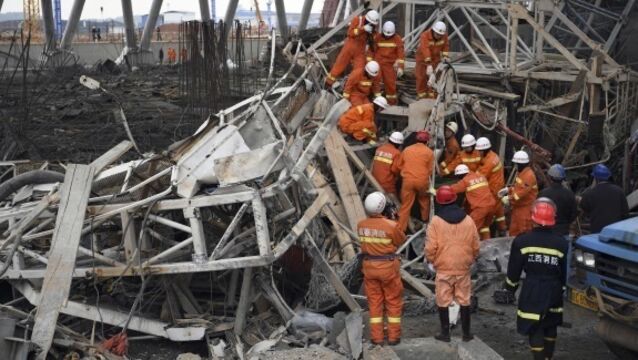 Sixty-seven people have been killed, with two other workers injured and one missing after scaffolding collapsed at a power plant construction site in eastern China, state media reported.

Activist avoids jail for ‘subversion of state power’ in China

Manchester United&rsquo;s pre-season trip to China is ending chaotically, with organisation as bad as the weather meaning Jose Mourinho just wants to get his players home in one piece.

Jose Mourinho just wants to get his players home in one piece.

The £5.6 billion takeover of More Than owner RSA by rival Zurich has collapsed after a slump in the Swiss group’s general insurance business prompted it to abandon the deal.

Activity in China&rsquo;s factory sector shrank at its fastest rate in at least three years in August as domestic and export orders tumbled, increasing investors&rsquo; fears that the world&rsquo;s second-largest economy may be lurching toward a hard landing.

Chinese authorities have said they have detained or placed under investigation people in connection with the Tianjin explosion.

Blast at Chinese chemical plant kills only one person

An explosion at a chemical plant in eastern China has killed one person and injured nine others, a state news agency reported.

Responsible use of chemicals: A warning too grave to ignore

THOUGH not as catastrophic as the 1984 accident at the Union Carbide pesticide plant in Bhopal, India, when nearly 4,000 people were killed and over half a million were injured, the Tianjin accident &mdash; death toll 114 so far &mdash; is another stark reminder of how very lethal the chemicals we all depend on can be if things go wrong.

China says it is investigating the head of its work safety regulator who for years allowed companies to operate without a license for dangerous chemicals, days after blasts in a port warehouse storing such material killed 114 people.

Hundreds of residents displaced by huge explosions last week in the Chinese port of Tianjin demanded compensation yesterday, as authorities worked to complete a sweep of the blast site for dangerous chemicals.

Almost one week since the massive Tianjin warehouse blasts and emergency crews have held a ceremony to remember the victims.

The recovery of toxic materials has begun in earnest at the site of last week&rsquo;s explosions at a chemical warehouse in China&rsquo;s port of Tianjin.

Emergency workers yesterday pulled more bodies from a massive blast site in the Chinese port of Tianjin, pushing the death toll to 112, as teams scrambled to clear chemical contamination.

Video footage shows the moment a fireball ripped through the night sky in China.

VIDEO: It was like hell: A firefighter who survived Tianjin blast speaks of his experience

As reported by Euronews, eighteen year-old Xiao Xu was one of the first firefighters sent to tackle the blaze that ripped through a chemicals warehouse in the port of Tianjin last week.

China has defended firemen who initially hosed water on a blaze in a warehouse storing volatile chemicals, a response foreign experts said could have contributed to two huge blasts that killed 54 people.

China blasts in area where toxic chemicals and gas are stored

This video shows just how huge that explosion was in Tianjin

This footage of the explosions in Tianjin, China shows the magnitude of the blast.

Huge blasts at a warehouse for hazardous chemicals has killed at least 50 people and turned nearby buildings into skeletal shells in the Chinese port of Tianjin.

At least 17 people were killed and around 400 injured in two massive explosions in the northeastern Chinese port city of Tianjin on Wednesday.

China’s economic growth slowed to 7.4% in 2014, the weakest expansion in more than two decades, and is forecast to slip further over the next two years.

China’s new home prices in December jumped by the most last year even as the country’s biggest cities tightened property controls to moderate price gains.

Rory McIlroy is hoping the old racing adage about horses for courses holds true this week when he returns to action in the Wells Fargo Championship on the PGA US Tour in Charlotte, North Carolina.

Up to 760 jobs are to be axed by a major engineering company in the North, it was announced yesterday.

The North's struggling economy was rocked today with the loss of 760 jobs at one of its main manufacturing firms.

Up to 760 jobs are to be axed by a major engineering company in the North, it was announced today.

A plan to send thoroughbred horses from Ireland to China as part of a €38m deal, announced during a ministerial trade mission, has been put on hold.

Airbus to build jets in Alabama as airlines renew fleets

Airbus SAS plans to open a commercial jet assembly line in Alabama, its first in the US, to meet demand as North American airlines renew their fleets.

The shock resignation of Michael O’Hagan from HRI comes after his courting of Chinese investors, writes Investigative Correspondent Conor Ryan

Nannies and hormone jabs the norm in China’s exams

If you’re finding the exams tough, spare a thought for Chinese students currently undergoing their equivalent of the Leaving Certificate.

Grace wins as McGrane falls away

Branden Grace claimed the Volvo China Open title as a final-round 69 left him three shots clear of the rest of the field.

Branden Grace claimed the Volvo China Open title as a final-round 69 left him three shots clear of the rest of the field.

South African Branden Grace took a strong grip on the lead in the Volvo China Open after a sparkling eight-under-par third round of 64.

Damien McGrane let slip the chance to shine in the dull conditions on the second day of the Volvo China Open.

Good luck wishes go to China in its bid to establish a multi-billion dollar thoroughbred breeding and training facility, with Irish help.

Paul Casey will be thinking of his closet as well as his clubs when he takes to the Binhai Lake course at this week’s Volvo China Open in Tianjin.

An economy to rebuild - Horse deal a good lesson for Ireland