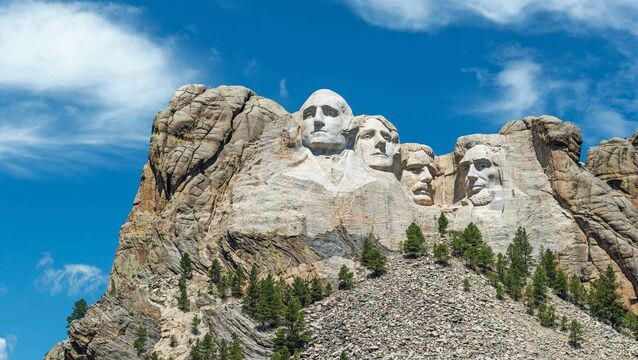 South Dakota dreaming: a cross-country trip to the wilds of America

Rushmore, bison, and life on the prairie are all highlights of this trip 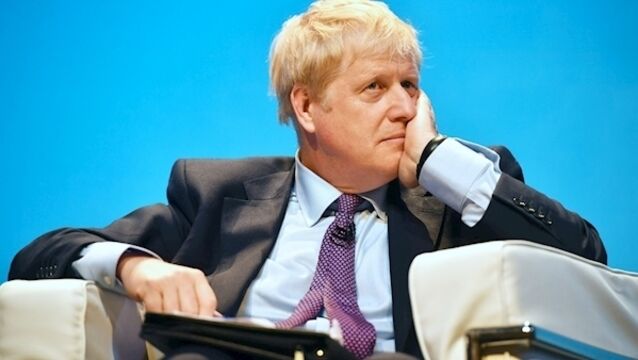 Never has reaction to a disaster differed so starkly as the way Ireland and Britain have been handling this pandemic. 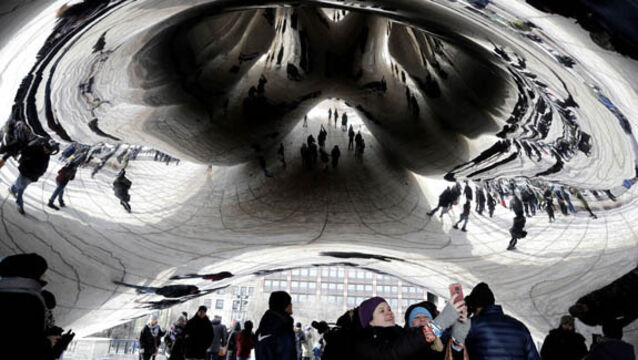 Bone-chillingly cold start to 2018 for parts of US

Bone-chilling cold has gripped the middle of the US, putting paid to some new year's celebrations and leading to at least two deaths attributed to exposure to the elements.

Mexico wall may be the next Standing Rock for Donald Trump

Stories regularly circulate about crashes and near misses involving motorists and out-of-control deer which get onto public roads from Killarney National Park, writes Donal Hickey.&nbsp;

A father who still lives &ldquo;a daily hell&rdquo; since his son died of sepsis in 2012 travelled from New York to Cork to raise awareness about the relatively common and potentially fatal infection.

USA:&nbsp;A husband and wife died within 20 minutes of one another side-by-side in a South Dakota nursing home after 63 years of marriage.

A delegate from South Dakota made his feelings quite clear last night as Republican representatives from his state pledged their votes for Donald Trump.

First woman to lead a major US party&rsquo;s presidential ticket.

Claiming her place in history, Hillary Clinton declared victory in her bruising battle for the Democratic presidential nomination, becoming the first woman to lead a major American political party.

Hillary Clinton on course to clinch the candidacy

But Sanders vows to continue the fight until party convention

Some of the stranger stories you&rsquo;ll read from around the globe

Some of the strangest news stories from around the world

The principal of a South Dakota high school has been wounded in a shooting at the school.

ENGLAND:&nbsp;A devoted Ukip supporter who had a picture of Nigel Farage tattooed on her arm has met her &ldquo;hero&rdquo;.

USA:&nbsp;Phoenix firefighters have rescued a man who became stuck after trying to re-enter a house through the chimney.

Spencer Butler and his friend were out for a stroll in South Dakota on Saturday, testing a new camera - when they came across an apartment on fire.

Tornadoes and storms ripping through several central states in the US have killed two people and injured dozens, officials say.

The US Supreme Court is to decide whether same-sex couples have a right to marry under the country’s constitution, setting up a potentially historic ruling on one of America’s most sweeping social issues.

Choctaw Indians helped us, we should help them

December 29, 2014, marked the 124th anniversary of the Massacre at Wounded Knee (South Dakota), where 153 members of a band of 350 Minneconjou and Hunkpapa Lakota (120 men, 230 women and children), unarmed and in the act of surrender, were slaughtered by members of four divisions of the US Army&rsquo;s Seventh Cavalry.&nbsp;

CHINA:&nbsp;Upset by a delayed flight, at least two Chinese passengers decided to open emergency exit doors in protest as the plane was taxiing, forcing it to abort takeoff and landing them in jail instead, police said yesterday.

A 114-year-old woman who challenged Facebook after the social media site would not let her list her real age has died.

USA:&nbsp;South Dakota officials have cancelled a public safety campaign to raise awareness about the dangers of jerking the steering wheel on icy roads, saying it&rsquo;s too risqu&eacute;.

Republicans surge to Senate victory in US mid-terms

Republicans have won control of the US Senate, seizing seats from Democrats in mid-term elections shaped by deep voter discontent with President Barack Obama.

Election treats to be in short supply for Obama

If Republicans win the Senate, it would almost certainly spell the end of immigration reform plans &mdash; and dash the hopes of some 50,000 Irish living illegally in the US, writes Bette Browne

American football player Adrian Peterson has been indicted in Texas on a charge of child abuse after using a branch to discipline his son.

Fantastic fossils, feds and the FBI

AN unusual documentary film was shown recently in Dublin. Dinosaur 13 depicts an extraordinary series of events which began in 1990.

Storm chaser struck by lightning; gets it all on video

OK, this is why we watch storms from inside our cosy homes, or on the telly. On the plus side, lightning-struck Scott Shepard managed to get his strike on tape.

Taking ownership of the internet

US governments have essentially had command over the web since the 60s, but who will step in once the US shortly cedes control, asks Benny Avni

They say the journey is more important than the destination, and that’s never truer than in an Alexander Payne movie.

US prepares for 'ice Friday'

Schools in Texas have cancelled classes and shoppers have stocked up on milk, pet food and other supplies to prepare for the wintry blast which has brought freezing temperatures, ice and snow to much of the nation.

A strong performance by Glanbia’s nutritional division drove the food producer’s profits before tax to €198.8m as 16,000 farmers are set to receive a windfall of almost 9m plc shares today.

Teachers and school staff in the US state of South Dakota are to be given the right to carry guns in order to protect schoolchildren.

All across the vast and colourful spectrum of American sporting life, there are thought to be around 900 team nicknames which offer varying degrees of offence to certain sections of the population.

Futurists have long proclaimed the coming of a cashless society, where euro and credit cards are replaced by fingerprint and retina scanners smart enough to distinguish a living, breathing account holder from an identity thief.

Pro-gun rallies held across the US

Thousands of gun advocates gathered at state capitals across the US to protest against stricter limits on firearms.

Cork: Room with a view

Anxious parents are buying armoured backpacks for children and firearms enthusiasts are stocking up on semi-automatic rifles in anticipation of tighter gun control measures following the Connecticut school massacre.

After the Connecticut school massacre, Ken Larson and his wife bought their son an armoured backpack — even though he’s one.

Armoured backpack sales soar in the US

After the Connecticut school massacre, Ken Larson and his wife have decided to buy their son an armoured backpack – even though the one-year-old won’t be in school for a few more years.

Losing the popular vote, yet winning

The next president of the US could be known in the early hours of Wednesday.

Ronald Reagan was not completely satisfied with his landslide victory in the 1984 presidential election.

George McGovern, a proud liberal who argued fervently against the Vietnam War as a senator from South Dakota and suffered one of the most crushing defeats in presidential election history against Richard Nixon in 1972, died yesterday.

Critical firefighting aircraft have been grounded during one of the busiest and most destructive wildfire seasons to hit the US west after a military cargo plane crashed battling a South Dakota inferno.

Two US government panels are to investigate Facebook’s high-profile stock offering amid claims that the bank handling the flotation may have provided only select clients with a negative assessment of the company.