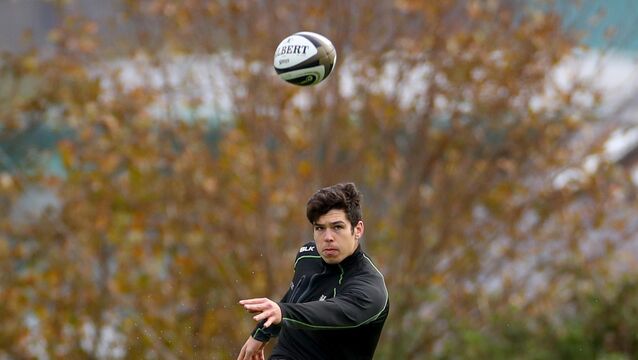 Connacht reboot has given Wootton new lease of life

Ronan O’Gara: Memo to Ultan and Alex: The only target to hit is the one in front of you 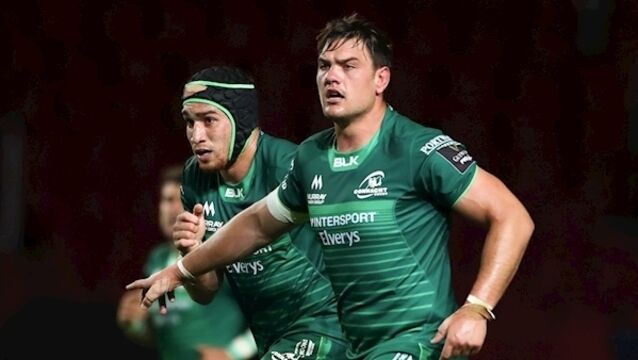 Ultan Dillane would obviously prefer to be still in Irish camp, but having been released to play for Connacht this weekend, he knows Andy Farrell and his coaching team will be watching closely when they play Cardiff Blues on Saturday.

Friend: 'You didn't see the best of Connacht in the Champions Cup'

'Any club worth their salt would be looking at Fainga’a’, says Friend

Connacht struggle for numbers but insist Aki and Carty be rested

Connacht coach Andy Friend says he was unable to recall Jack Carty and Bundee Aki to solve their injury crisis, but he thinks Connacht will see the benefits of the break afforded to his Ireland duo in the coming weeks.

Connacht coach Andy Friend admitted he was relieved to leave with a losing bonus point after an error-strewn performance from his side against Munster.

Bundee Aki said that signing on with Connacht for another three years was an easy decision because he has unfinished business at the Sportsground.

Liam Silke popped up with the killer goal as Corofin’s drive for three All-Ireland senior club titles in a row continued with victory over Padraig Pearse’s in the Connacht decider.

Connacht head coach Andy Friend was proud of his side’s performance despite slipping to a 32-17 Champions Cup defeat against Toulouse.

A brave Connacht effort, which looked like repeating their shock 2013 win here, came up short in the end as Andy Friend’s men left Toulouse without a point to show for their efforts.

Caolin Blade revelled in his man-of-the-match try-scoring salvo as Connacht defeated Montpellier at the Sportsground, but their focus had already turned to repeating their French triumph next weekend away to Top 14 champions Toulouse.

Great teams win games the hard way and reigning All-Ireland champions Corofin came through another struggle to earn their place in the Connacht final.

Leinster warmed up for next week’s Champions Cup match with a clinical 42-11 PRO14 derby win over Connacht at the Sportsground tonight.

Tom Farrell wasn’t a wet week in the Sportsground when he made his Champions Cup debut for Connacht and now the 26-year old is hoping for another springboard against his native Leinster this evening as they prepare for Europe next week.

Scarlets deliver a winning start for Mooar with win over Connacht

Scarlets opened their Guinness Pro14 campaign with a hard fought victory in the torrential rain at Parc Y Scarlets.

We might have mentioned this one before somewhere, but after a decade of inter-county football concluded last Saturday with Croke Park housing both the crowning of Dublin’s five in a row and a meeting where Central Council gave its blessing for a two-tier championship to be motioned at Special Congress, it’s worth revisiting how different things were at the start of the decade.

Tracey Leonard fired goals in each half as Galway claimed their third TG4 Connacht Ladies SFC title in a row, but they needed to fend off a strong Mayo comeback to claim the win in the first Connacht final staged in Munster.

Munster saw off interprovincial rivals Connacht in Limerick but still had to settle for second place in Guinness PRO14 Conference A as Glasgow Warriors beat Edinburgh to hold onto top spot and with it a home play-off semi-final tonight.

Irish lock Quinn Roux is a doubt for Connacht’s PRO14 quarter-final with Ulster on Saturday week.

James Horan: It’s not sacrifice, players love what they do

James Horan maintains the demands placed on players have not increased during the four years he was away from the inter-county scene, with the Mayo manager taking umbrage to the suggestion that players make sacrifices to wear their county shirt.

Galway football captain Damien Comer, who has not featured for the county this year because of an ankle injury, is hopeful of making his comeback in the Connacht final, should the Tribesmen reach a fourth successive provincial decider.

Connacht coach Andy Friend has made two changes for tomorrow's crucial Guinness Pro14 clash with Cardiff at the Sportsground.

Connacht coach Andy Friend said he is relieved they are still in control of their own destiny after escaping from Parma with a 6-5 win in a bruising encounter on Saturday evening.

Connacht consolidated third place in Conference A of the Guinness PRO14 with a hard-fought 6-5 win over Zebre in Parma.

Connacht Head Coach Andy Friend has made a host of changes to the side that lost to Sale Sharks in the European Challenge Cup Quarter Final last weekend.

Connacht crash out of Europe after defeat to Sale

Carty’s late score at the end of a move which he started in his own half, saw him become Connacht’s all-time top scorer as he moved ahead of Benetton-bound Ian Keatley in the rankings.

Connacht host Benetton Rugby at the Sportsground this evening hoping for a victory to keep their PRO14 play-off ambitions on track.

Connacht centre Tom Farrell says his time in the Ireland camp during the Six Nations has made him an even better player.

An Ireland quartet have been released from international duty to feature for Connacht against Ospreys on Saturday.

Connacht back row Eoin McKeon expects a frantic challenge from Ospreys when the side meet on Saturday at the Sportsground in a crunch Champions Cup qualifying game.

Mixed news on the injury front for Connacht

Connacht will have to plan without Irish duo Bundee Aki and Jack Carty for Saturday’s Conference A clash in the Guinness PRO14 clash with Ospreys, but they have been boosted by the availability of Quinn Roux and Ultan Dillane for the Sportsground clash.

Connacht scrum half Kieran Marmion has returned from injury to take his place in the Connacht side to play Glasgow Warriors in Scotstoun tomorrow night.

Coach Andy Friend was delighted to see Connacht claim victory over the Cheetahs, leaving destiny in their own hands as they chase a PRO14 play-off spot.

It’s been a problem they hoped for years that they would have but now Connacht must deal with the loss of half a dozen players to the Irish squad in the Six Nations for the first time.

Munster and Connacht have named their teams ahead of their Guinness Pro14 clashes tomorrow.

Connacht have been given some renewed stability with the news that three of the province's coaching staff have signed contract extensions.

Connacht coach Andy Friend said he always believed his men could secure the victory they needed in Bordeaux to advance to the quarter-finals of the European Challenge Cup for the tenth time.

‘Rugby is floundering at club level, especially in the rural areas’

There was little to suggest that when Bob McGann, a hurler and sportsman of some renown, left Monivea to join An Garda Síochána many decades ago that he would set in train a sequence which would see his own son become an Irish international out-half and, in turn, lead to the foundation of a rugby club back in the little Galway village that he left behind.

Blade and Farrell ‘would do Ireland proud’ if selected, reckons Friend

Connacht coach Andy Friend said that his scrum-half Caolin Blade and centre Tom Farrell are fired-up and ready to answer Ireland’s call if Joe Schmidt includes them in his Six Nations squad today.

Living on their nerves but Connacht remain in a European race

Kieran Marmion on target to return next month

Connacht coach Andy Friend has confirmed that scrum-half Kieran Marmion is on course to return from injury and be available for selection next month.

Penalty bonus for Horan on return as Mayo boss

Injuries pile up for Reds as Gloucester shift into view

Not the perfect performance but the ideal springboard into Europe.