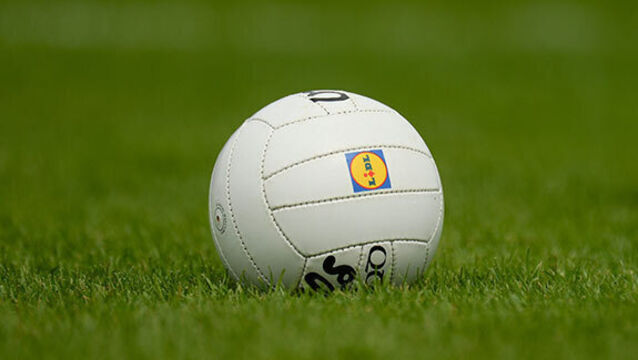 GOALS win games and Emmet Óg’s four majors were the difference as the Monaghan and Ulster champions booked their place in next month’s All-Ireland intermediate club final. 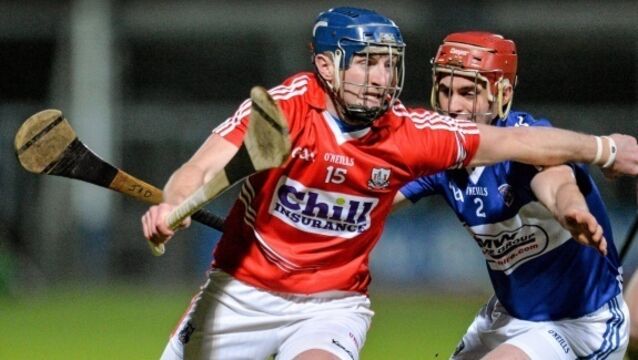 Cork County Board favours the possible introduction of &ldquo;a second competition&rdquo; for weaker counties in the All-Ireland Senior Football Championship after their participation at provincial level has come to an end.

A harrowing search for a missing California teenager ended when FBI agents rescued the girl and shot and killed her apparent kidnapper at a campsite deep in the Idaho wilderness.

Trap: Green is our Gattuso

Daniel Day-Lewis’s domination of the awards season is expected to continue at the Baftas tonight, where he is hot favourite to win the Best Actor award.

Another Mona Lisa - or is it?

Photographers crowded round today as the curtain was pulled back to present what is claimed to be an early version of Leonardo da Vinci’s Mona Lisa.

Austrian Tamira Paszek was the first woman to reach the quarter-finals at Wimbledon today as she claimed an impressive win over Roberta Vinci.

JOSÉ MOURINHO once claimed that five points was just the right lead to have in a title race: enough to insure against an accident or an upset, but not so much that it breeds complacency.

Rise of the cookbook

Cookbooks now make up half of all non-fiction bestsellers’ lists. Ahead of TasteFest Cork, local foodie Joe McNamee says his favourite Father’s Day gift is a good food tome packed with mouth-watering pictures and delicious treats.

Republic of Ireland boss Giovanni Trapattoni has rewarded his senior players for their efforts in last night’s 2-1 Euro 2012 qualifier victory over Macedonia by sending them home.

Muammar Gaddafi’s forces have launched a powerful attack in a bid to recapture a rebel-held city in fierce fighting which left at least 18 people dead.

British sci-fi geeks Graeme (Pegg) and Clive (Frost) head Stateside to attend a nerds convention and to take a tour of the famous UFO sites such as Roswell … along the way picking up a little, snappy-tongued alien – Paul – who has escaped from a government establishment and, much like ET, is anxious to find his mother ship and return home.

West Brom utility player Steven Reid is hoping to return to action in next Tuesday’s home Barclays Premier League clash with Wigan after his recovery from knee surgery.

'The Next Three Days' gets tone wrong

Originally a French thriller – 2008's 'Anything for Her' –this Hollywood version, while doing its best to deliver, falls short because it can’t quite decide if it’s a serious consideration of a man – Crowe – under stress or a romp about a potential prison break.

A terrific directing debut from Duffy – who also wrote the screenplay taken from the Sam Taylor novel 'The Republic of Trees' – and a clutch of outstanding performances from a young cast.

WE doom-mongers already had enough to complain about this week before Wayne Rooney stuck his oar in, thank you very much.

Forgotten heroes who conquered the Pole

Shackleton and Crean were just the tip of the iceberg, so to speak, of Irish Antarctic explorers, says Richard Fitzpatrick

Demspey roughed up by golf injury

TRANSPORT Minister Noel Dempsey was at the centre of a weekend scare after succumbing to a back injury on a golf course in Kenmare.

The beauty, the spy and the fake Irish passport

SECURITY concerns prompted the Government to consider a recall of more than two million Irish passports earlier this year &ndash; the same version of passport linked to an alleged Russian spy facing charges in the US.

CHELSEA coach Carlo Ancelotti has warned his players there is no room for error as they approach their biggest game of the season against Wigan.

AS the stars gathered for the seventh annual Irish Film and Television (IFTA) awards, one of the most charming and amiable turned out to be the surprisingly charismatic Jon Voight, father of Angelina Jolie, and acclaimed actor in his own right.

A SECOND-HALF scoring burstput Cork in an unassailable position in this Division 1 NHL clash with Offaly in Páirc Uí Chaoimh yesterday.

No looking Beck as United move forward with Roo

PERCEIVED wisdom might have been that David Beckham had a point to prove in the San Siro last night, the prodigal son seeking to show how wrong Manchester United were to cast him out seven years ago, sending him on a global odyssey that has since taken him to Madrid, Los Angeles and, now, Milan.

Poise, Posts and the Power Position

TUESDAY, and the Killiney Castle Hotel for the announcement of the Irish rugby team to play Italy in Croke Park tomorrow.

May hits a high note in front of millions

IMELDA MAY performed live to a TV audience of 25.8 million Americans at the 52nd annual Grammy awards.

Down by the riverside

TWO miles up the Bandon river from Kinsale in Co Cork is a renovated Georgian home, Sleepy Hollow, complete with access to a tidal estuary beach.

Off the wall but no Jackson rebuke for Mortimer

CONOR MORTIMER is unlikely to face any disciplinary measures from the GAA following his unorthodox goal celebration in Sunday’s Connacht SFC final.

Rory McIlroy will face up to Tiger Woods this week and put his faith in the fearlessness of youth.

Into the Lion’s den

NEVER mind playing the world champions on their own turf &ndash; Bulgaria in Sofia tomorrow will be the toughest game yet of Ireland’s World Cup campaign.

Confirmation that US President elect Barack Obama will continue American interest in the North's peace process was welcomed today.

Footballer Wes Brown is to stay in South Africa with the Manchester United squad following the death of his pregnant sister.

Washington’s second most senior diplomat will have a crucial meeting with Pakistan’s military leader President Pervez Musharraf today, hoping that face-to-face diplomacy will convince the general to move back on the path to democracy.

The band the Klaxons tonight won this year’s Mercury Prize for their debut album, 'Myths of the Near Future'.

Two astronauts floated outside the international space station today on the first space walk of the year.

Why I will never criticise Munster marvels

“DON’T spare them now!” a man said to me on Saturday referring to the Munster team that had lost the Heineken Cup quarter-final the previous evening, “don’t spare them!” he repeated.

A NATO soldier died today when militants exploded a roadside bomb and then opened fire on a military patrol in southern Afghanistan today.

Saddam thrown out of genocide trial

The chief judge in Saddam Hussein’s genocide trial threw the ex-president out of the Baghdad courtroom today in a stormy session boycotted by the former ruler’s defence team.

US and Iraqi troops launch airborne swoop of insurgent resistance

Heliborne US and Iraqi troops pressed their sweep through a 100-square-mile section of central Iraq today in a bid to break up a centre of insurgent resistance, the US military said. No casualties were reported on either side.

Phil Mickelson did not plan to be playing golf today, but now that he is he believes it can only help his defence of the Masters later this week.

Opposition leaders in Ukraine prepared today for a nationwide strike to protest the government’s decision to name Prime Minister Viktor Yanukovych winner of a presidential election amid allegations of vote-rigging.