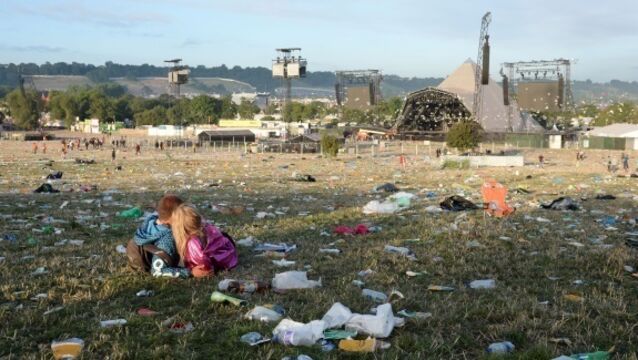 The clean-up operation of Glastonbury Festival 2017 has begun as revellers return home from the five-day extravaganza. 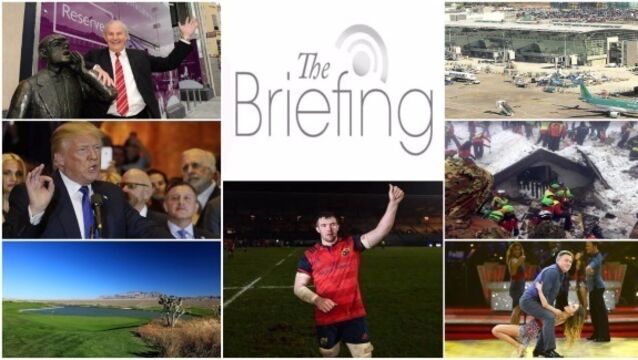 Morning briefing: ‘100 a year’ are snuck in through Dublin Airport. Catch up on all the headlines 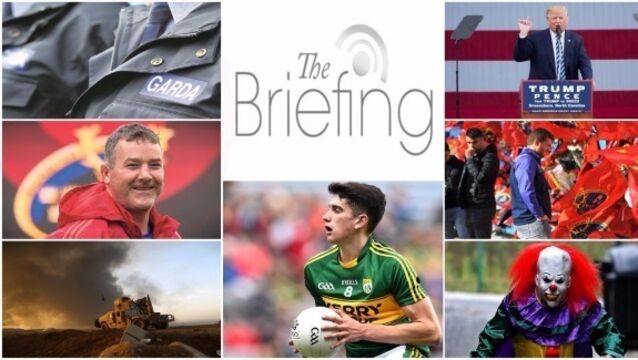 Wednesday morning briefing: Companies encouraged to fund scheme to replace JobBridge. Catch up on all the headlines

Who’s doing the cooking for Brian? All this week's entertainment news

Joy in No 10 while opposition parties left pondering future

Smashed and shaken by the sheer scale of its surprise election defeat, the British Labour Party now faces into months of soul searching as it chooses a new leader.

David Cameron has promised the UK “we are on the brink of something special” as he returned to Downing Street as a Prime Minister with a Tory Commons majority for the first time.

David Cameron is preparing for another term as the UK's Prime Minister, as the General Election put his Conservative Party on the brink of securing an absolute majority in the House of Commons.

The British election: Your 10 point guide to the lighter side

It&rsquo;s all been pretty heavy going in terms of the British election so here&rsquo;s ten election related stories that we're sure will lift your spirits and prove there's only one thing more important than politics ... comedy.

Ed Miliband on the move but doubts linger

The good news for Labour is Ed Miliband is not nearly as strange in person as he often comes across on TV.

Ed Miliband has told Russell Brand that it is a “combination of politics and people” that bring about change.

Ukip and the SNP are making inroads ahead of the election. Deadlock at Westminster would spell bad news for Ireland, writes&nbsp;

Ed Miliband has challenged the Conservatives to &ldquo;stop defending the indefensible&rdquo; and match a Labour pledge to strip wealthy individuals of their &ldquo;non-dom&rdquo; tax break status.

Cutting the top rate of income tax is not &ldquo;one of our priorities&rdquo;, George Osborne said as he repeatedly ducked Labour calls for him to rule out further help for top earners if the Tories win the general election.

QUIRKY WORLD ... ‘That’s something that happens in spy movies...’

USA:&nbsp;A Utah man got a surprise when he stopped to pull a large orange bag off the road, fearing it would become a traffic hazard.

Ongoing problems at Aras Attracta, Cork punter scoops a Euromillions prize, Burger King Tralee goes viral and April Fools that went horribly wrong. These are some of the latest and most read news on irishexaminer.com this lunchtime

In a deeply political budget seven weeks ahead of the general election, British chancellor George Osborne offered financial goodies to taxpayers, savers, home-buyers and the regions of Britain, while doing his best to blunt Labour&rsquo;s lines of attack in what is expected to be the most tightly-fought campaign of modern times.

UK chancellor George Osborne said the budget on Wednesday will offer no giveaways and difficult decisions will still have to be made, as he seeks to drum up support for his Conservative Party before May&rsquo;s election.

The autumn statement was George Osborne&rsquo;s moment, and he had some carefully crafted insults for his Labour Party opponents. But he was accidentally upstaged by David Cameron.

Your spoiler-free guide to what's on the tellybox this bank holiday Monday evening.

Cameron ‘not being straight’ on reforms

David Cameron is &quot;not being straight with the British people&quot; over the cost and complexity of constitutional reform, Ed Balls said.

UK quitting EU would be a disaster, says Labour Party

The UK Labour Party has hardened its opposition to leaving the European Union, drawing a dividing line with the Conservatives less than eight months before next year&rsquo;s general election.

The winner of BBC's 'The Voice' was crowned last night.

British Prime Minister David Cameron has defended his use of the word “muppets” to describe Labour leader Ed Miliband and shadow chancellor Ed Balls during debate in the House of Commons.

Some of the damage from the recent floods in the UK could have been prevented if the correct water management techniques had been used, a group of experts has said.

Tracey Connelly – the mother of Baby P – has been released from a British prison, it has emerged.

Former child protection boss Sharon Shoesmith has reached a settlement over her unfair dismissal following the Baby P tragedy in the UK, it was confirmed today.

Britain’s economy could fall back into crisis if the government abandons its austerity programme, finance minister George Osborne said yesterday as he raced against the clock to finalise the latest round of departmental cuts.

The British government will legislate to ensure reckless bank bosses can be jailed and bonuses can be clawed back, David Cameron has said.

A meeting of some of the world’s most powerful people has been slammed as being too secretive.

Former Labour chancellor Alistair Darling has warned the UK economy could face more than a decade “bumping along the bottom”.

The London Marathon runners fell silent on the start line today in memory of those who died in the Boston bomb attacks.

David Cameron stepped up clashes with Labour in the UK today by insisting the case of child killer Mick Philpott did raise “wider questions” about the welfare system in the country.

Britain's Chancellor, George Osborne, has declared he is in competition with shadow chancellor Ed Balls over who can get the most followers on Twitter.

Osborne: It could be a lot worse

The UK's Chancellor George Osborne defended his Budget today, saying the British Government had to tackle the nation’s economic problems, which “could be a lot worse”.

George Osborne insisted Britain would not “run away” from its problems after Moody’s downgraded the country’s AAA credit rating.

Britain’s banks could face the threat of being broken up after a report warned the ring-fence to separate risky operations from savers’ deposits needed “electrification”.

Squeeze on as Osborne misses target

George Osborne today announced a benefits squeeze and a raid on the pensions of the wealthy as the economy continues to falter.

George Osborne admitted it was taking longer for Britain to recover from the financial crisis than he hoped today amid warnings that the Government would miss its key economic targets.

David Cameron was dealt a damaging blow by his own party tonight as Tory rebels combined with Labour to inflict a brusing defeat on his EU negotiating strategy.

Doubts over the strength of the UK’s recovery persisted today despite figures showing an end to the longest double-dip recession since 1950.

‘Absolutely crazy’ that Ireland has no bank debt deal

Attempts by three powerful EU finance ministers to call a halt to a deal on Irish bank debt were “absolutely crazy” according to the president of the Labour Party’s group in the European Parliament.

Balls: I haven't had a date in a decade

Labour power couple Ed Balls and Yvette Cooper have not been on a date for a decade, the shadow chancellor has revealed.