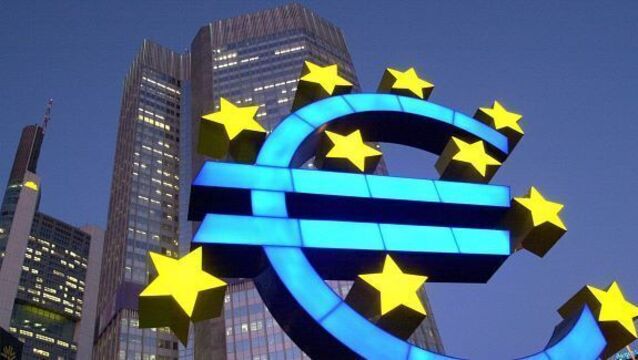 The European Commission threatened twice in a weekend to sue Germany over a ruling by the country’s constitutional court challenging the European Central Bank’s monetary authority, raising the prospect of an institutional showdown on the continent amid the deepest recession in a century. 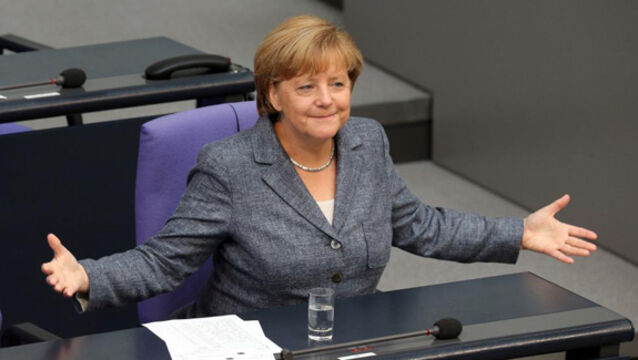 A key potential ally in Germany's next government is insisting Chancellor Angela Merkel's party should not keep the finance ministry because that gives her too much power. 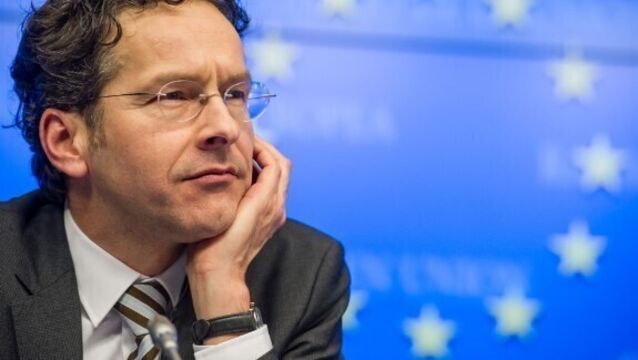 Race for EU’s top jobs about to heat up

As Jeroen Dijsselbloem&rsquo;s turbulent reign over eurozone&rsquo;s finance ministers&rsquo; meetings comes to an end, horse-trading for his succession between the bloc&rsquo;s countries and political groups is about to heat up.

France and Germany may propose harmonising corporate taxes across eurozone

G20 drops anti-protectionism pledge after pressure from US

The world's top economic powers have dropped a pledge to oppose trade protectionism amid pressure from the US.

The ECB has pledged to keep its aggressive stimulus policy at least until the end of the year, but markets leaped higher as it signalled there was less of a need to prop up growth and inflation in the eurozone.

THE head of the European Central Bank (ECB) has expressed concern about the Trump administration’s moves to relax financial oversight, saying such deregulation helped pave the way for the global financial crisis.

Theresa May insisted she valued the contribution that banks make to Britain&rsquo;s economy, even as they signalled they were packing their bags in response to Brexit.

Shares in troubled Deutsche Bank rose as much as 3.5% yesterday after major clients and even rivals voiced support for the lender, fearing contagion after concern over its future last week sent the stock to a record low.

Germany&rsquo;s economy minister Sigmar Gabriel yesterday said that talks on the Transatlantic Trade and Investment Partnership (TTIP) &mdash; the free trade deal being negotiated by the US and the EU &mdash; has essentially &ldquo;failed&rdquo;.

A proposed common-deposit guarantee system isn&rsquo;t possible under EU law, and would have to be created by a treaty of participating countries, said German finance minister Wolfgang Schaeuble yesterday.

The German government, after years of warnings, is about to clamp down on rising home prices and mortgage lending.

Greece to ask for lock over debt service cost

Greece will ask its international lenders this week to lock annual debt-servicing costs on its official loans at a fixed interest rate to make its debt mountain more manageable.

Greece said it&rsquo;s aiming for an agreement with creditors on the next tranche of emergency loans by the beginning of May as German Finance Minister Wolfgang Schaeuble sought to play down debt relief expectations.

Germany is considering scrapping tax benefits for companies that do business with tax havens abroad as a reaction to the Panama papers, Der Spiegel magazine reported yesterday.

Greece&rsquo;s international lenders expect to have finished verifying that Athens has carried out promised reforms by the Greek Orthodox Easter in late April or early May, German finance minister Wolfgang Schaeuble said.

A British vote to leave the EU would damage the British, European and global economies, German finance minister Wolfgang Schaeuble said in an interview with the BBC.

German chancellor Angela Merkel&rsquo;s allies in Bavaria stepped up criticism of her open-door refugee policy yesterday, with their leader demanding a cap of 200,000 migrants a year, about a fifth of last year&rsquo;s level.

German chancellor Angela Merkel&rsquo;s popularity has dropped abruptly over her handling of Europe&rsquo;s refugee crisis, a poll for ARD television network has shown.

The German parliament approved a third bailout for Greece yesterday after finance minister, Wolfgang Schaeuble, said the country should get &ldquo;a new start&rdquo;, while in Athens the government agonised over whether to call a snap election.

The IMF&rsquo;s threat to pull out of bailouts for Greece unless European partners grant Athens massive debt relief poses a stark challenge to Germany, the biggest creditor, which insists on IMF involvement in any future rescue.

&ldquo;A Grexit would be traumatic enough that it would help scare the rest of Europe into giving up more sovereignty to a stronger banking and fiscal union. The argument was that letting Greece burn would make it easier to build a stronger Europe with a more credible firewall.&rdquo;

Merkel pressed to give up on Greece

German chancellor Angela Merkel is coming under growing pressure from within the ranks of her own party bloc to give up on Greece for the sake of the euro.

Greece defiant as creditors pile on the pressure

Greece has said it will not renege on election pledges to end austerity measures as creditors pressed for a deal to free financing and avert a widening crisis.

German surplus ‘not a problem for eurozone’

Germany&rsquo;s surplus does not pose a problem for other members of the eurozone, finance minister Wolfgang Schaeuble said yesterday, answering critics of its export-driven economy.

Angela Merkel and Alexis Tsipras have sought to play down the drama of the Greek leader&rsquo;s first official visit to Berlin today.

Anti-capitalist protesters clashed with riot police near the new headquarters of the European Central Bank (ECB) in Frankfurt yesterday and set fire to barricades and cars, coinciding with the ceremonial opening of the &euro;1bn skyscraper.

Showdown looms for Athens and Brussels

Greece prime minister Alexis Tsipras struck a defiant tone over Greece&rsquo;s bailout ahead of a meeting in Brussels with European leaders, a stance broadly supported by the cash-strapped country&rsquo;s citizens.

Germany, France and Italy plan to sign up for China&rsquo;s Asian Infrastructure Investment Bank, joining the UK in a project that is raising concern in Washington.

The European Commission warned of &ldquo;catastrophe&rdquo; if Greece has to abandon the euro and its chief executive, Jean-Claude Juncker, urged EU governments to show solidarity as Athens struggles to secure more credit.

Germany’s parliament has given its overwhelming approval to the four-month extension of Greece’s financial bailout, despite unease over the new government in Athens.

The German Finance Minister has urged members of parliament to approve an extension of Greece's bailout.

Greece has made a pitch to convince its European creditors to accept its request for a six-month loan extension, which would allow Athens to pay its bills and avoid a potential exit from the euro.

Greece may ask for loan extension

Greece is considering requesting an extension to its loan agreement, government officials have said, in an effort to reach a last-minute deal with the country’s European creditors and avoid the danger of a euro exit.

A meeting of eurozone finance ministers to discuss Greece’s financial bailout has broken down amid signs that the discussions ended in discord.

Greek government bonds advanced for the first time in five days on speculation that the nation and its international creditors are moving toward an agreement that will help ensure Greece is not left short of funds.

ECB cannot have it both ways on problem of Greek debt

The Schaeuble Doctrine eschews cutting deals, but it ignores the lessons of history at its peril, writes&nbsp;Ray Kinsella

As ceremonies held in recent weeks to mark the 70th anniversary of the arrival of Soviet troops at the Nazi death camp at Auschwitz in Poland reminded us, a united Europe, one that gives members a common purpose and something approaching parity of esteem for all its peoples, is a relatively new concept.

Greece and Germany no closer to debt agreement

The first direct talks between Greece and Germany since a new anti-bailout government took power in Athens last week yielded no agreement on narrowing their differences.

Greece’s new finance minister has sought to convince his sceptical German counterpart to back a new approach on Greek debt – but an agreement still appears to be a long way off.

ENGLAND:&nbsp;A man unable to walk unaided since he was a child has become the first person in the UK to be fitted with a life-changing computer-controlled leg brace.

Eurozone ‘could cope’ with exit of Greece

The German government believes that the eurozone would now be able to cope with a Greek exit if that proved necessary, the Der Spiegel news magazine reported.

Greece will ask today for a two-month extension to its bailout programme and which the eurozone is in favour of granting, Eurogroup chief Jeroen Dijsselbloem said yesterday.