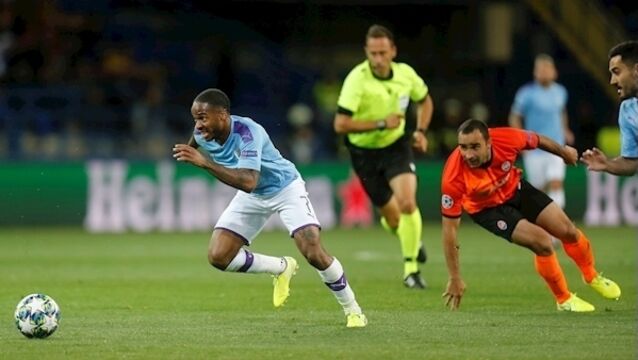 Here's how all of tonight's Champions League fixtures finished 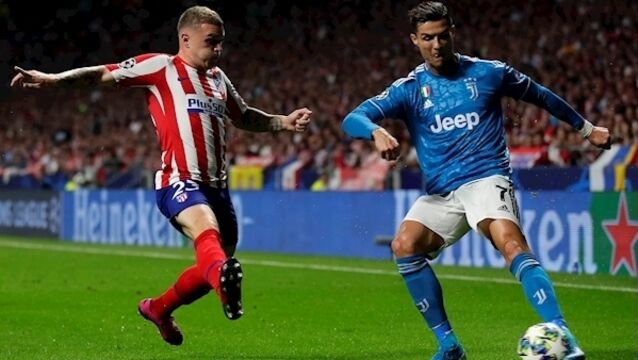 Atletico Madrid substitute Hector Herrera grabbed a late equaliser as his side came from two goals down to draw 2-2 with Juventus in Champions League Group D at the Wanda Metropolitano. 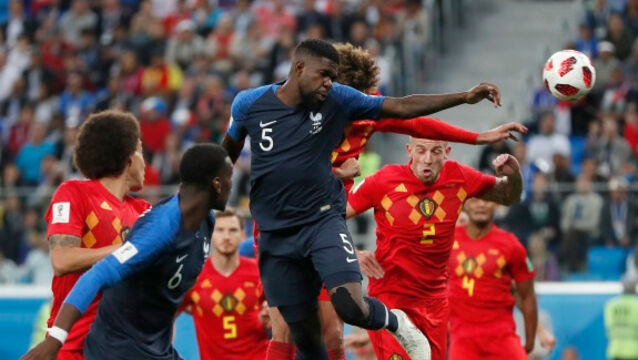 France took the lead six minutes into the second half when Samuel Umtiti got to Antoine Griezmann's corner ahead of Marouane Fellaini and saw his header clip the Belgium midfielder on its way into the net.

Barca battered in France by PSG

Arsenal&nbsp;2 Paris St Germain 2:&nbsp;Arsenal were left needing a European miracle to top their group after they wasted a match-winning chance against the French Champions.

Leroy Sane is hoping to make his Manchester City debut in tomorrow&rsquo;s derby at Manchester United.

Jose Mourinho would not be surprised if Manchester United&rsquo;s interest in Paul Pogba fails to bear fruit &mdash; and he has two alternatives lined up.

Bastian Schweinsteiger will lead Germany onto the field for tonight&rsquo;s Euro 2016 semi-final against France after being passed fit to play.

France 2 Republic of Ireland 1:&nbsp;We&rsquo;ll always have Lille and, for just short of an hour yesterday afternoon, an Irish team that the nation had taken to its heart made us think that we might have Lyon too.

France have pinpointed Wes Hoolahan as the Ireland player they need to thwart if they&rsquo;re to prevail in today's Euro 2016 last-16 tie.

France 0 Switzerland 0:&nbsp;France topped Group A despite being held to a 0-0 draw by Switzerland &mdash; who also qualified for the last 16 &mdash; in Lille.

Football politics in France: From there to here

Ben Arfa and Sakho miss out on France squad for Euros

France coach Didier Deschamps has picked seasoned striker Olivier Giroud for his 23-man squad for Euro 2016, which France will host, naming in-form forward Hatem Ben Arfa only as a reserve.

Fernandinho digs out draw for Man City against Paris Saint-Germain

Conventional wisdom says that France has by far the weakest league of Europe&rsquo;s Big Five, and looking at the Ligue 1 table, you can see why.

Gary Cahill is confident Chelsea can cope in the absence of injured captain John Terry as they bid to maintain their chase for silverware on two fronts.

Gary Cahill is confident Chelsea can cope in the absence of injured captain John Terry.

Thirteen points separate Paris Saint-Germain from the rest of Ligue 1, and it might as well be 130, given the chance of any of their rivals making a sustained challenge this season.

PSG 1 Barcelona 3: Barcelona took a big step towards the Champions League semi-finals with a resounding 3-1 victory over Paris St Germain in yesterday&rsquo;s quarter-final first leg at the Parc des Princes.

Easy victory for Barcelona in Paris

Barcelona took a big step towards the Champions League semi-finals with a resounding 3-1 victory over Paris St Germain in Wednesday’s quarter-final first leg at the Parc des Princes.

Luis Suarez: I had to leave Liverpool for Champions League glory

Luis Suarez will head into tonight&rsquo;s Champions League quarter-final clash with Paris St Germain admitting he had to leave Liverpool to stand a chance of winning European football&rsquo;s biggest prize.

David Shonfield: PSG can thrive in midfield minefield against Chelsea

Atletico Madrid remain third in La Liga after they drew 1-1 with fourth-placed Valencia at the Vicente Calderon last night. Koke put the home side ahead but Valencia equalised through Shkodran Mustafi.

Paris St-Germain shrugged off the absence of Zlatan Ibrahimovic to inflict a first defeat on Barcelona under their new coach Luis Enrique, with a thrilling 3-2 victory at the Parc des Princes last night.

End of the road for Ecuador after failure to beat France

France ease past Honduras as goal-line technology works its magic

Chelsea's hopes of advancing from the Champions League quarter-finals hang by a thread after Paris St Germain claimed a convincing first leg win at the Parc des Princes.

Laurent Blanc insists Paris St Germain will still be playing to win despite holding a 4-0 lead going into their Champions League clash with Bayer Leverkusen tonight.

Liverpool defender Mamadou Sakho insisted: “I am not a hero,” after his two goals helped France beat Ukraine 3-0 and qualify for the 2014 World Cup.

Lionel Messi has gone from being the first name on Barcelona’s team sheet to the last, as they await a late fitness test ahead of tonight’s Champions League quarter-final second leg at home to Paris Saint-Germain.