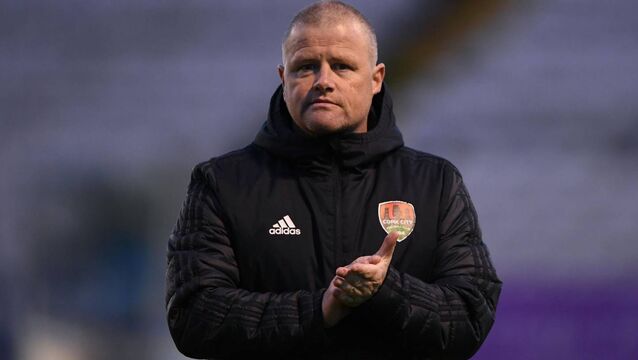 Waterford FC’s hunt for a new manager continues after former Cork City boss John Cotter shied away from the vacancy. FEW players encapsulate the reality of radical change at Cork City quite like Daire O’Connor. 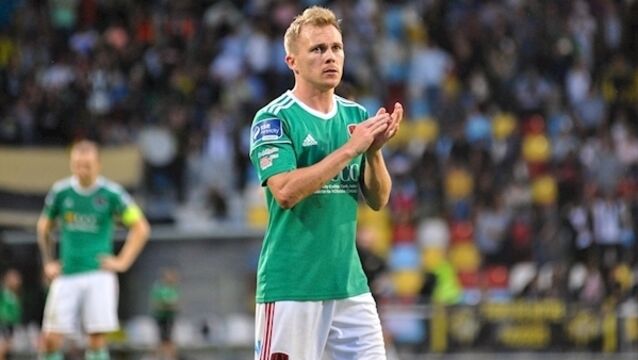 McCormack, 29, had an offer to extend his deal at the club but has opted to leave Turner's Cross.

Conor McCarthy: I’m not going to lie to you — it’s been a disaster

Cotter calls time on spell at the Cross

New Cork City boss Neale Fenn has warned there will be no “class of 92” style reunion as he begins working with some of his old team-mates from the club’s 2005 title-winning campaign.

Dundalk had two goals within the first 20 minutes thanks to a brace from winger Michael Duffy.

Fenn resigned from his position as Longford Town boss last week and watched City get knocked out of the FAI Cup by Galway United on Friday.

Melody on song as Galway send City crashing out

A bad season got worse for Cork City as they crashed out of the FAI Cup at Eamonn Deacy Park tonight.

The changing of the managerial guard is the dominant theme going into tomorrow tonight’s FAI Cup second sound action.

John Cotter will take charge of Cork City for the last time tomorrow night when they play Galway United in the FAI Cup.

Eoghan Stokes hoping to get City firing in Munster derby

You have to go back 88 days to find the last time Cork City ended an SSE Airtricity League Premier Division match with three points. Summer has come and gone since, and alarmingly, a mini-revival by Finn Harps in the meantime has left the 2018 league and cup runners-up looking over their shoulders.

A Cork City legends side will be reeling in the years at Turner’s Cross next month as they take to the field for Alan Bennett’s testimonial game.

Cotter: We’ll give Galway the respect they deserve

Cork City’s reward for edging out Cabinteely in a penalty shootout last Friday is another away game and more First Division opposition, after the FAI Second Round draw in Abbotstown pitted the Rebels against Galway United.

They had to ride their luck, but Cork City will be in Monday’s draw for the second round of the FAI Cup.

Cork City will be hoping for some much-needed cheer in the cup when they visit Stradbrook for a first-ever meeting with Cabinteely this evening.

Defender Shane Griffin has warned that Cork City will represent a "free hit" for Cabinteely to cause a giant-killing in their FAI Cup first round clash on Friday night.

"I am delighted to have it sorted," Stokes said on completed the signing.

Cork City’s Seán McLoughlin has completed his move to English Championship side Hull City. The defender has signed on a three-year contract for an undisclosed fee.

A truly monumental effort this by Cork City who, two goals down from the first leg, brought a seemingly dead affair roaring back to life by scoring early in both halves in Differdange, only for Progres Niederkorn to grab the consolation goal on the night that meant so much more over the course of the whole tie.

Cotter’s City out to defy the odds

There are any number of ways of expressing the intimidating size of the task facing Cork City in the second-leg of their Europa League First Round tie against Progres Niederkorn here in Luxembourg this evening, but perhaps the most straightforward is to note that a side which hasn’t scored in its last three competitive games must now score three in one outing to secure an outright win or, failing that, two to extend the life of this tie into extra time.

Cork City will be without Mark O’Sullivan for the daunting second leg of their Europa League tie against Progres Niederkorn in Luxembourg tomorrow, the striker having remained at home to be with his wife who is expecting a baby.

On the face of it, the failure of any of the four League of Ireland clubs to register a win on their first nights of European football this season doesn’t paint a pretty picture of the domestic game but, as ever in the context of the away goals rule, the good — as well as the devil — is in the detail.

Progress name of the game for City

John Caulfield cited a demoralising double loss in Europe as a pivotal point in Cork City’s fortunes last season, the team’s subsequent slump in league form meaning that, even with a late rally, they were unable to defend their title as Dundalk reclaimed the glittering prize.

Devine: 'Everybody wants to beat Dundalk'

Dundalk may well enjoy playing on the Brandywell’s big pitch, but Declan Devine insists the league leaders won’t find his Derry City a soft touch when they revisit Foyleside tonight.

Cork City are still looking for their first league win since May after they were held to a scoreless draw by relegation threatened Finn Harps in a tight encounter at Finn Park last night.

Frank Kelleher believes he will bring a winning mentality to the Cork City set-up after he was appointed first team manager today.

Candystripes pile pain on City at the Cross

A hat-trick from Junior Ogedi-Uzokwe, coupled with a shambolic defensive display, saw Cork City’s season plunge to new depths at Turner’s Cross last night as Derry City ran riot to inflict another painful defeat in what is turning out to be a shocking season for last season’s runners-up.

Cork City manager John Cotter sees the positives and negatives of a Europa League draw that leaves the club in the dark as to whether they will play Luxembourg’s Progres Niederkorn or European debutants Cardiff Metropolitan University FC until they complete their preliminary round second leg on July 4.

Teenager Cian Bargary enjoyed a memorable league debut when scoring the only goal of the game to get Cork City back to winning ways at the UCD Bowl.

Cotter happy at City’s chance to give quick response

John Cotter is pleased that Cork City have an immediate opportunity to bounce back after losing to Dundalk at Turner’s Cross.

Resurgent Cork City braced for their toughest test against Dundalk

Goals from Karl Sheppard and Graham Cummins made it two from two under interim manager John Cotter for Cork City.

Cork City could make football history as the first club to have a female first team coach for a Europa League tie when they return to European action later this summer.

Cotter gets the bounce as battling City stun Bohemians

Cork City got the post-John Caulfield era off to the perfect start with three badly-needed and very hard-earned points at Dalymount Park.

John Cotter’s tenure as Cork City interim manager got off to a winning start as Conor McCarthy’s first-half goal was the difference at Dalymount Park tonight.

From very hard-earned experience, football managers tend to be pragmatic people so, painful though it has been for John Caulfield to part company with his beloved Cork City, it’s probably fair to say that he would hardly have been completely shocked by the timing of his exit.

His backroom team will be made up of club captain Alan Bennett and Head of Academy Colin Healy.

Daly: Caulfield could have turned it round

Former Cork City captain Declan Daly believes John Caulfield could have turned things around at the club if the board had kept faith in his tenure.

Few days off at Cork City can have been more eventful in the history of the club than yesterday.