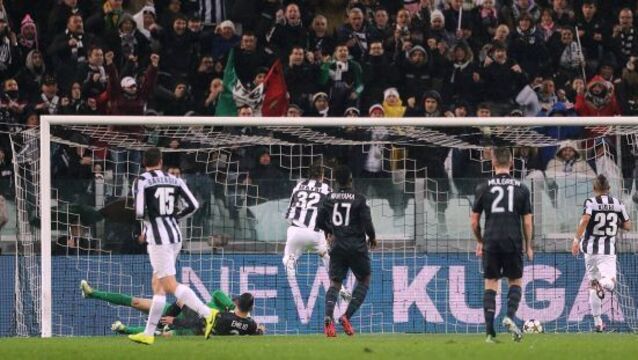 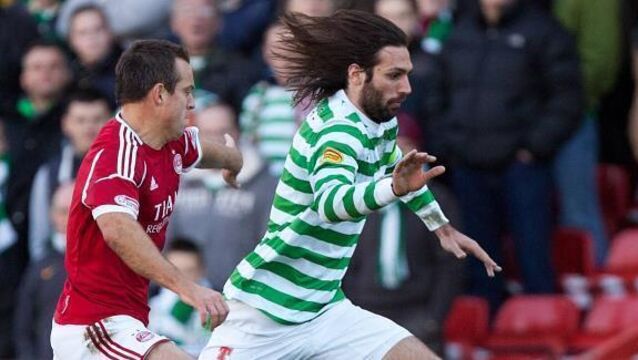 Georgios Samaras is looking for Turkish referee Firat Aydinus to ensure Celtic get a “fair” crack of the whip against Juventus tomorrow night as they try to rescue their Champions League campaign. 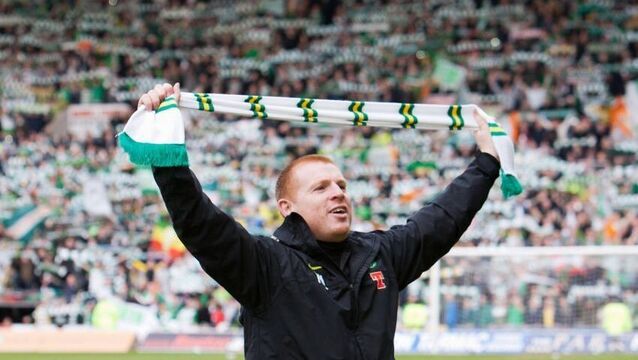 Celtic manager Neil Lennon believes plenty of players will consider joining the club following their 2-0 win over Helsingborg last night which took them into the Champions League group stage, but first he wants to reward those who got the Hoops there for the first time since 2008/09.

Watt powers Celtic to away win

Neil Lennon will have an injury roll call following Celtic’s 2-0 win over Helsingborg which took the Hoops to the brink of a place in the Champions League group stages.

Georgios Samaras believes it is time Celtic took their place again at the top table of European club football.

Neil Lennon has revealed money made from the sale of Ki Sung-yueng to Swansea will be used to pay off some of Celtic’s debt.

Neil Lennon will give four of his key players every chance to be ready for the first-leg of Celtic’s Champions League play-off against Helsingborg in Sweden tomorrow night.

Striker Henrik Larsson bid an emotional farewell to football last night, admitting his decision to retire had left an “emptiness”.

Henrik Larsson has dismissed talk of a deadline-day transfer to the Premier League.

Wigan defender Andreas Granqvist has joined his former club Helsingborg on loan until the end of the season.

Bordeaux lost their 100% record in the tournament as a last-minute goal saw them defeated 2-1 in Anderlecht.

Bent the ace in stunning comeback by Spurs

TOTTENHAM staged a stunning second-half comeback against Aalborg to edge closer to the knockout stages of the UEFA Cup and maintain Juande Ramos’ unbeaten record.

Fiorentina romped to their first UEFA Cup triumph of the Group C campaign with a crushing 6-1 success at home to Elfsborg to go top of the table.

Drogheda tumble out of UEFA Cup

Drogheda defender Jason Gavin believes Helsingborg are more than a one-man team - despite the presence of Henrik Larsson in the Swedes’ attack.

Wigan have completed the signing of Helsingborg defender Andreas Granqvist, on a two-year contract.

Gary Neville is hoping Manchester United can persuade Henrik Larsson to remain at Old Trafford for the remainder of the season.

HENRIK LARSSON will leave Manchester United as planned in March and return to Helsingborg, according to manager Alex Ferguson.

Larsson is the best, says Solskjaer

OLE GUNNAR SOLSKJAER is in no doubt that in Henrik Larsson Manchester United have signed the finest Scandinavian footballer of his generation.

Henrik Larsson wants to build on his debut goal for Manchester United - but remains guarded about his future at Old Trafford.

Helsingborg coach Stuart Baxter has indicated he may be prepared to extend Henrik Larsson’s loan deal at Manchester United beyond March.

Barcelona coach Frank Rijkaard believes it was a mark of the man that Thierry Henry pledged his future to Arsenal after they lost the Champions League final.

Barcelona striker Henrik Larsson denies the success he is enjoying with the club this season will alter his decision to return to Sweden in the summer.

BARCELONA striker Henrik Larsson will rejoin Helsingborg in the summer after penning an 18-month deal with the Swedish outfit.

Andreas Jakobsson has left Southampton to rejoin Helsingborg on a contract for two and a half years.

Henrik Larsson’s return to the international fold was confirmed today when he was named in the Sweden squad for Euro 2004.

George Burley is counting on the fighting spirit that has served Ipswich so well to help preserve the club's European record at Portman Road.