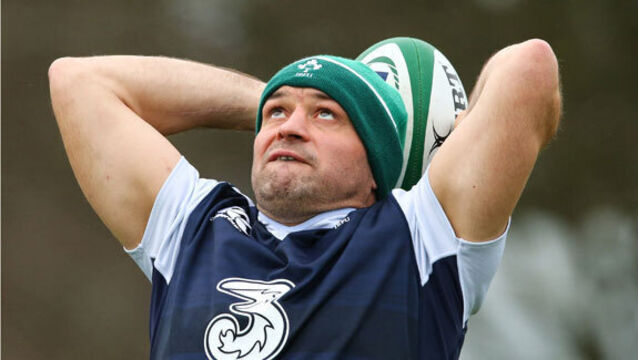 Rory Best insists Dylan Hartley still has plenty of time to state a compelling case for the British and Irish Lions&rsquo; captaincy. 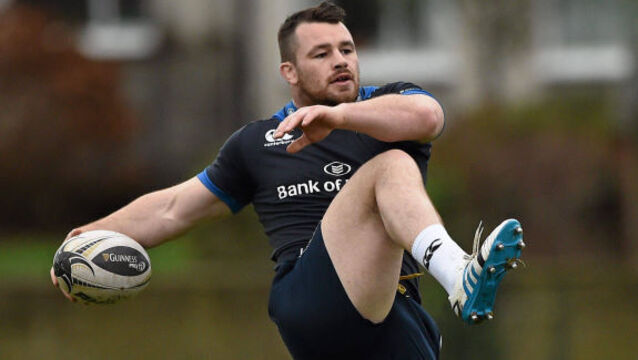 Ireland and Leinster prop Cian Healy is satisfied his recovery from neck surgery is on target and he will be fit for the Rugby World Cup.

Anthony Foley: Great to be at Thomond

One change to Ireland’s women for France game

Conor Murray and Jamie Heaslip remain in contention for Ireland ahead of their RBS Six Nations opener in Rome this Saturday.

Love/Hate dominates top Irish show of 2014 - but who took the number one spot?

If you were to believe everybody who said they were there at Thomond Park on October 31, 1978 the attendance would run into the hundreds of thousands.

While celebrations were in full flow in the Four Seasons Hotel in Dublin, Irish rugby star Jordi Murphy had no idea that his medal was in the hands of a rugby-mad granny a few miles across the city.

Andrew Trimble knows he has to empty the tank this Saturday in the RBS Six Nations if he wants to stay in Joe Schmidt's plans.

Leinster coach Matt O’Connor has made 10 changes for tonight’s RaboDirect PRO12 clash against Glasgow Warriors at the RDS (8.30pm kick-off), where the Blue Army will be hoping to continue the excellent form that has helped them remain unbeaten in 2014.

All eyes may be straining forward towards Paris next month and a possible shot at the RBS Six Nations title, but there will be more than just the one box to tick when Italy come to Dublin seven days earlier.

Murray: Ireland have point to prove at Twickenham

Conor Murray says he is looking forward to getting his teeth stuck into England on Saturday in the RBS Six Nations.

Doyle pleased with Ireland's victory from behind

The scrum queens kept their 100% record intact with a battling victory over Wales in round two of the 2014 RBS women’s six nations.

The countdown is now well on to Ireland's RBS Six Nations clash against Wales at the Aviva Stadium tomorrow and Jamie Heaslip knows that Ireland will have to raise their game from last week's win over Scotland.

O'Connell back to Six Nations squad to face Wales

Paul O'Connell has recovered from a chest infection to take his place in the Ireland starting 15 to face Wales on Saturday at the Aviva Stadium.

Toner so comfortable calling the shots

There wasn’t a hint of panic when Devin Toner was suddenly called upon to organise Ireland’s line-out strategy in Sunday’s RBS Six Nations clash with Scotland.

Boost for Ireland as Kearney ready to sign new contract

Dave Kearney gave Irish rugby another boost yesterday when he confirmed he was ready to sign a new deal to play his rugby at home.

Best looking to put All Blacks defeat behind him

Rory Best says the Irish squad are ready to put the heart-breaking loss to New Zealand firmly behind them over the next two months.

Last Friday’s 21-13 defeat by Northampton Saints in Donnybrook was Leinster’s final pre-season fixture before the start of their RaboDirect Pro12 campaign this coming Friday, but for international scrum-half Eoin Reddan it represented his first piece of on-field action since breaking his leg against France in the RBS Six Nations on March 10.

Stade Francais’ Jerome Fillol looks set to become the first professional player to be cited for spitting at an opponent.

O’Connell back at last for Munster

Having been sidelined since October with a back problem, Munster second row Paul O’Connell returns to the starting team for the RaboDirect PRO12 interprovincial showdown against Connacht at Musgrave Park on Saturday (5.45pm).

Time for Ireland to up the intensity

Ryan in contention for France game

Medical examination has shown that Donnacha Ryan suffered nothing worse than bruising to his shoulder in the course of Ireland’s RBS Six Nations defeat to Scotland on Sunday.

Connacht’s impressive 22-10 win over defending PRO12 champions Ospreys last weekend came at a price with a number of players picking up knocks and looking doubtful ahead of Friday’s visit to Cardiff Blues (7.45pm).

Winger Craig Gilroy admitted Irish mistakes and indiscipline paved the way for England’s 6-12 victory over the men in green in yesterday’s RBS Six Nations clash at the Aviva Stadium.

With Leinster forced to cope without a host of internationals during the RBS Six Nations, young trio David Kearney, Eoin O’Malley and Dominic Ryan have made a timely return to training.

Mix of fear and confidence can spur Irish on

Italy coach Jaques Brunel has made six changes to the squad that lost against Wales in Cardiff last weekend for their final RBS Six Nations game against Scotland in Rome on Saturday.

Ireland’s battle-weary rugby players will need to be nursed through this week for Saturday’s RBS Six Nations finale against England, according to head coach Declan Kidney.

Ferris: More to come from young guns Ryan and O’Mahony

It is one thing being the recipient of the Man of the Match award from a television pundit, but players know it means something when colleagues row in with words of support.

A combination of international commitment and injuries has resulted in a relatively inexperienced 28-man squad for Munster’s RaboDirect PRO 12 fixture in Thomond Park against Cardiff on Friday (7.05pm).

Earls to partner D'Arcy in centre against Wales

Keith Earls has been given the vote of confidence from Declan Kidney to fill Brian O’Driscoll’s number 13 jersey for Ireland’s opening RBS Six Nations game against Wales in the Aviva Stadium this Sunday (3pm).

IRELAND may have confounded the bookmakers but their thoroughlydeserved victory over England in the RBS Six Nations finale came as no surprise to Declan Kidney.

All change for Italy

Italy coach Nick Mallett has made seven changes to his side to face France in Saturday's RBS Six Nations match at the Stadio Flaminio.

Wales will announce their side to face Ireland this weekend later today, rather than on Thursday.

Ireland are in a one-point lead against France in today's RBS Six Nations clash, leading by 10 points to 9 after 22 minutes.

Heaslip in frame to face France

JAMIE HEASLIP looks set to start for Ireland in Sunday's crucial RBS Six Nations game against France at The Aviva Stadium after he came through training yesterday.

IRISH skipper Brian O’Driscoll has given the new-look back three of the team to produce the goods in the RBS Six Nations opener in Rome on Saturday.

Flannery ruled out for up to six weeks

Munster hooker Jerry Flannery has been ruled out of competitive action for between four to six weeks after the results of a scan revealed a torn calf muscle.

O’Connell back for Munster