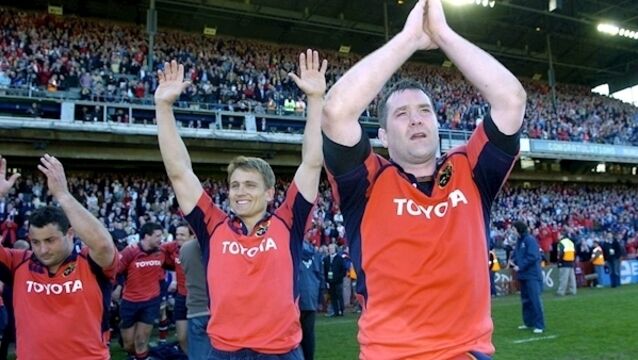 It was the biggest game of rugby ever seen in Ireland, Leinster and Munster meeting in Europe for the first time and in a Heineken Cup semi-final no less. 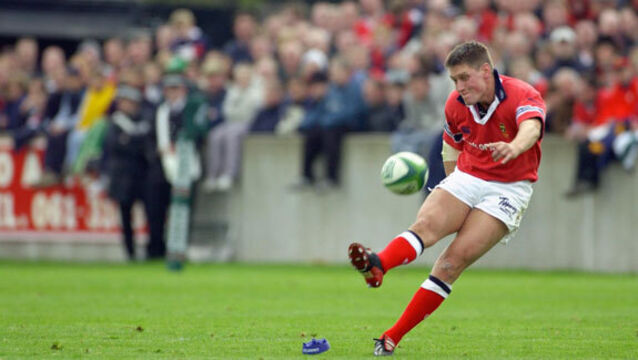 On November 1, 1995, Richard Wallace touched down at Thomond Park to score Munster's first points in European Cup competition. This Saturday at the much-changed stadium, barring a complete disaster from Johann van Graan's new charges, someone from the province will pop up and grab the 4,000th. We recall some of the landmarks in between. 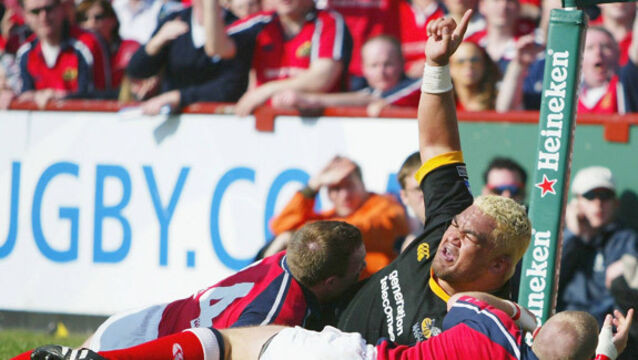 The last time Munster went to Dublin for a European Cup semi-final, they ended up being flattened by the fattest figure in the game.

Reality bites but Paulie’s influence can still be ‘unreal’

Why Robbie and Jared are centres of attention

Twinlight can leave his poor Kempton run behind

I spent Thursday night in London, at the Hilton Hotel in Park Lane, attending a testimonial dinner for Ronan O’Gara.

More than a few questions asked by the Waratahs on Saturday here in Sydney, the majority answered emphatically by the tourists — but at what cost?

No joy for anyone waiting for BOD

Brian O’Driscoll has missed just 28 of the 143 Tests Ireland have played since making his debut against Australia at Ballymore in June 1999 and only 11 other men have worn the No 13 jersey in that time.

Munster midfield must be central to game plan

Horan: I must figure out what I want from life

Marcus Horan sat down to decide his future. Another year in rugby? With no contract on the table from Munster he knew it was time to end a long and fruitful sporting career.

Emotional Lynagh grateful to be alive

Doctors have told Wallabies great Michael Lynagh he “dodged a cannonball” after surviving a rare and potentially-lethal stroke which has severely limited his vision.

MUNSTER are not a great team.

Munster frailties could be exposed

ALL rational thinking suggests that only the Thomond Park factor can save Munster from a second Heineken Cup defeat at the venue when Northampton Saints come calling on Saturday.

Australia's Burke: We were outplayed by Ireland

As a rather distasteful war of words continues between former Australian international Tim Horan and the Irish management in the wake of Ireland’s 15-6 triumph over the Wallabies, his fellow countryman Matt Burke has been more magnanimous in defeat.

Henderson: Bring O’Gara back in

RONAN O’GARA should be handed the out-half jersey for Ireland’s crunch World Cup outing against Australia, according to the Munster man’s former international and provincial teammate Rob Henderson.

The things that make Brian special

The youngster I first saw 12 years ago was always going to be a cut above the rest, writes John Kelly.

TWO of the great names of Irish and English rugby led legends onto the field last night for a major fundraising game for injured players.

Irish and English legends to line out for charity

SHANE BYRNE will lead an Ireland Legends rugby team against the England Legends at The Stoop in Twickenham on the eve of Ireland-England Six Nations game.

IN THE final game of the 2002 Six Nations championship, Ireland faced France. It was Eddie O’Sullivan’s first year as head of Ireland’s coaching team and spirits were high.

Legends to come out in force for Mangan match

A HOST of big names will take part in the first ever Stuart Mangan Memorial match between England and Ireland Legends at the Twickenham Stoop on Friday, February 26 – the night before the countries meet in the Six Nations at Twickenham.

‘Back into the fire’

After a difficult season with Ireland, Peter Stringer is ‘chomping at the bit’ to get back on the pitch for Munster’s quarter-final with Gloucester tomorrow, he tells Edward Newman.

Scrapping for the bonus boost

NO matter what your sporting preference, the television pictures from venues across Europe last weekend portrayed the same images, driving wind and lashing rain. The weather conditions that prevail at this time of year do different things to different teams. Usually it has the effect of closing the gap between the good and the not so good.

Garryowen back to winning ways against UL/Bohs

SUGGEST to Garryowen coach Paul Cunningham that his team is having ‘an up and down kind of season’ and he will courteously but firmly put you in your place.

Munster's massive Cup blow as O'Gara out for key clashes

MUNSTER joy was quickly tempered following this 19-13 Celtic League victory on Saturday when it was revealed that a broken bone in his right hand would rule Ronan O'Gara out of action for the next three weeks.

Munster battle bravely for the bonus

HOURS after creating a new Heineken Cup record of 12 successive victories, Munster were publicly acclaimed as the top sporting team of 2006.

Munster finish with a flourish

MUNSTER coach Declan Kidney will name his team to play their final Celtic League game of the season against the Cardiff Blues at lunchtime today, but may have to do without two international greats.

Hands up those who want to carry the flame?

IT will take a while for the dust to settle on this one. After seven years of trying, it may seem almost churlish not to bask in the glory of Munster’s Heineken Cup triumph.

MUNSTER coach Declan Kidney has named a 26-man squad for Saturday’s Heineken Cup final with Biarritz, conscious that one or two of the walking wounded might not make it.

Marcus Horan remains Munster’s main injury worry ahead of the Heineken Cup final against Biarritz in Cardiff on Saturday.

Munster’s walking wounded on the mend

Munster's interest in the Celtic League may be over but there was positive news from their travels over the last week as their walking wounded are all firmly on the road to recovery.

Munster's most important player - The physio

IF CLARE hurling was haunted by the curse of Biddy Earley for years, one wonders what external forces are contriving to deprive Munster of European Cup success.

CHRISTIAN CULLEN is set to make a sensational return for Munster when they travel to Scotland for tomorrow night’s Celtic League fixture with Border Reivers (7.30pm).

Munster must have a bonus point win against Borders at Netherdale on Friday night to maintain their fading ambition to win the Celtic League.

FRENCH international Thomas Castaignede believes Biarritz must improve on their semi-final performance if they are to defeat Munster in next month’s Heineken Cup decider.

Kelly in race against time to be fit for Biarritz showdown

JOHN KELLY is facing a race against time to make Munster’s Heineken Cup final date in Cardiff on May 20 — but it’s a race he’s determined to win.

LEINSTER coach Michael Cheika had no hesitation in tipping Munster to win the Heineken Cup final against French aristocrats Biarritz in Cardiff on May 20.

TO the brave and faithful, nothing is impossible.

Munster coach Declan Kidney willl have to make do without Jeremy Manning, Ronan O'Gara, Christian Cullen, Marcus Horan and Denis Leamy for the Celtic League clash with Edinburgh Gunners at Thomond Park on Saturday next (7.30pm).

O’Driscoll is cleared for Cup

BRIAN O’DRISCOLL will be free to play against Munster in the Heineken Cup semi-final on Sunday week.

Scottish side Border Reivers have referred their claim of an alleged stamping by Brian O’Driscoll to the Scottish Rugby Union (SRU).

NEVER before has a clash between age-old rivals Munster and Leinster attracted so much hype and anticipation. With a place in the Heineken Cup final the prize, the potential reward has never been greater.

ALTHOUGH the Munster management remained tight-lipped on the subject, it has emerged that Ronan O’Gara is a major doubt for Munster’s Heineken Cup quarter final against Perpignan at Lansdowne Road this evening (5.30pm).

Leamy and O'Leary come in for Munster

Tomas O'Leary has been given the responsibility of filling the boots of the injured Barry Murphy for Munster in the Heineken Cup quarter-final tie witrh Perpignan at Lansdowne road on Saturday.

Spoilt for choice in the Lions' den

PITY the selectors. Anyone trying to put a rugby team together in the Maryborough House Hotel, Cork, yesterday had an embarrassment of riches to work with.

FRIDAY sees one of the most formidable collection of legends in one room since Homer sat down to write the Odyssey.