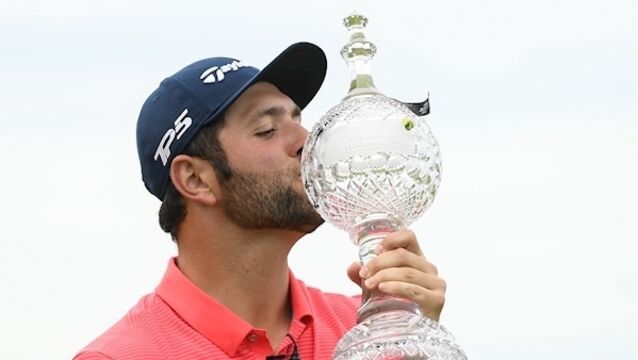 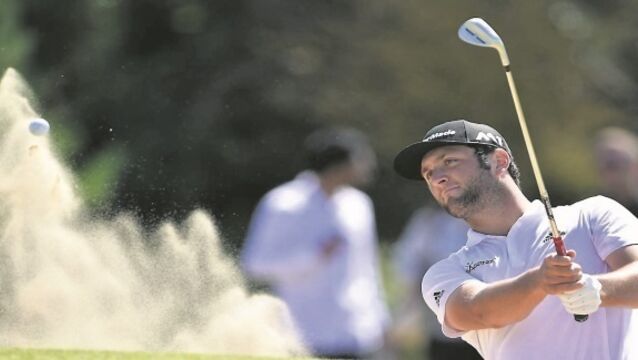 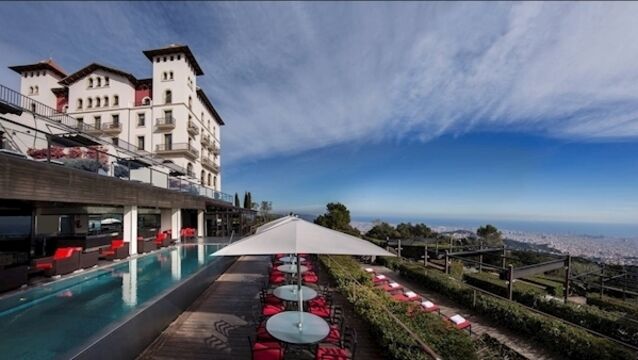 The chance to play golf at the renowned El Prat while staying at the spectacular La Florida hotel in Barcelona is hard to beat, writes Ronan Bagnall.

Relaxed Dunne aims for the top in Morocco

Most bagmen go unnoticed, quietly doing their jobs and supporting their&nbsp;employer&nbsp;to the best of their ability. That is what they have been hired to do.

Ireland&rsquo;s P&aacute;draig Harrington and Graeme McDowell are within striking distance at the halfway stage of the Aberdeen Asset Management Scottish Open at Castle Stuart.

Rory McIlroy&rsquo;s presentation speech hit all the right notes but a &ldquo;see you soon&rdquo; as a sign off will be music to the ears of of Dubai Duty Free chiefs.

Dubai Duty Free Irish Open defending champion Soren Kjeldsen has every reason to look back at last year&rsquo;s Royal County Down victory with fondness. The Dane credits his victory as marking a pivotal moment in his career.

Former Open champion Louis Oosthuizen has joined Adam Scott in opting out of the Olympic Games in Rio this summer.

England&rsquo;s Andrew Johnston hailed a dream come true after holding off a final-day charge from tournament host Sergio Garcia to win a first European Tour title in the Spanish Open.

Spain&rsquo;s Pablo Larrazabal hailed one of the best rounds of his career after claiming the halfway lead in the Spanish Open at a testing Valderrama.

Former world number one golfer Vijay Singh says he will skip this summer&rsquo;s Rio Olympics, citing the Zika virus as the reason.

The numbers game: Looking back at the figures that made sport in 2015

Having led the Irish challenge at the Qualifying School Final Stage at PGA Catalunya Resort outside Girona, Simon Thornton is in a real battle to make the cut heading into today&rsquo;s fourth round.

Austria&rsquo;s Bernd Wiesberger added his name to the illustrious list of Alstom Open de France champions thanks to a brilliant closing 65 at Le Golf National on Sunday.

Peter Lawrie did not know he would be playing at Wentworth until Monday afternoon but he had plenty of reasons to thank European Tour chief executive George O&rsquo;Grady for the tournament invitation that could help him regain his Tour card for next season.

Golf returns to the Olympic Games next year after more than a century in the wilderness but a ceremony conducted on the fifth tee at Ballybunion over the weekend served as a reminder that the game has made a small contribution to Irish sporting success on the world&rsquo;s biggest stage.

Peter Lawrie is the best-placed Irishman heading into today&rsquo;s final round of Qualifying School at PGA Catalunya resort in Girona.

G-Mac: US need for a win will make next Ryder Cup an epic

Paul McGinley acknowledged the so-called Ryder Cup captain&rsquo;s curse in missing the halfway cut for a third event in succession at the BMW International Open in Cologne.

Relaxed Maybin taking it all in his stride

Stop the presses! Hold the phones! Here comes a newsflash: golf really isn&rsquo;t the centre of the universe.

Irish PGA champion Michael McGeady will become the first winner of the national closed title to miss the Irish Open for 40 years this week.

EUROPEAN Ryder Cup captain Paul McGinley last night came out strongly in favour of the current status of the Irish Open Championship even though it is still without a title sponsor and its prize fund at Fota Island this week is &euro;2 million, well below what the European Tour and quite a number of leading players would like it to be.

Lowry feeling back in the groove

Shane Lowry believes he has rediscovered the mindset which allows him to play at his best after an impressive couple of weeks.

Lowry: I'm in a decent frame of mind

Ireland’s Shane Lowry believes he has rediscovered the mindset which allows him to play at his best after an impressive couple of weeks.

Shane Lowry&rsquo;s love affair with Wentworth has been unrequited up to now but the Offaly man heads into today&rsquo;s third round of the BMW PGA Championship in the best possible position to seal victory.

Shane Lowry dusted off an old putter, regained his touch around the greens and shot his lowest score of the year to put himself within two shots of Thomas Bjorn&rsquo;s first-round lead at the 60th BMW PGA Championship yesterday.

Local knowledge and a fierce determination not to drift into obscurity paid massive dividends for former Wentworth resident Thomas Bjorn on a weather-affected opening day of the BMW PGA Championship.

Sergio Garcia’s unhappy association with Wentworth continued on Thursday as a knee injury forced him to withdraw from the BMW PGA Championship.

It may have escaped your notice in the midst of Rory McIlroy&rsquo;s romantic problems but there is a golf tournament about to get under way at Wentworth today.

Miguel Angel Jimenez finally won the Spanish Open at the 27th attempt to extend his own record as the oldest winner in European Tour history yesterday.

Miguel Angel Jimenez extended his own record as the oldest winner in European Tour history on Sunday with victory in a three-man play-off at the Spanish Open.

Pieters on top in Spain

World number 690 Thomas Pieters will take a two-shot lead into the final round of the Spanish Open after home favourite Miguel Angel Jimenez’s charge faltered today.

Harrington’s magical par keeps him in the hunt

Pádraig Harrington made a miraculous par at the last to card a second successive 68 and finish his day just two shots behind the clubhouse leaders in the HP Byron Nelson Championship in Texas.

McDowell pulls out of Wentworth

Graeme McDowell has withdrawn from next week&rsquo;s BMW PGA Championship to be with his wife, Kristin, who is expecting their first child later this summer.

Adam Scott can enjoy this week&rsquo;s HP Byron Nelson Championship on television, safe in the knowledge that he will become world number one regardless of the result.

Shane pulls out stops in effort to find form

Shane Lowry is hoping his most demanding schedule in two years will enable him to contend at Fota Island next month when he bids to win the second Irish Open of his career.

European Tour Chief George O’Grady is bullish about the future of the European Tour after “a period of transition” over the past year.

'Home rule' gets thumbs-up from European number one

Newly-crowned European number one Henrik Stenson has given a guarded welcome to a new European Tour regulation requiring players to support their home events or be forced to play an extra two tournaments.

John Daniel Guiney is a name familiar to golf fans in his native Kerry.

England’s Paul Waring and South African Hennie Otto inspired each other to claim a share of the lead with David Lynn after the second round of the Portugal Masters in Vilamoura.

Lowry on course despite firing off ‘thud’ missile

Shane Lowry produced his lowest score in three months despite hitting a female spectator on the head with an errant shot on the opening day of the Scottish Open at Castle Stuart.

Italy’s Matteo Manassero today became the youngest ever winner of the BMW PGA Championship as he claimed his fourth European Tour title at the age of 20 on the fourth hole of a sudden-death play-off.

Austria’s Bernd Wiesberger today made a good start to the defence of his title before bad weather forced play to be suspended in the Ballantine’s Championship.

There have been some statements from either side of the Atlantic in recent days that have been giving pause for thought regarding the relative status of the European Tour and its bold and brash American cousin, the PGA Tour.

Spain’s Gonzalo Fernandez-Castano wasted no time in moving into a share of the lead when the Spanish Open resumed at El Saler today.