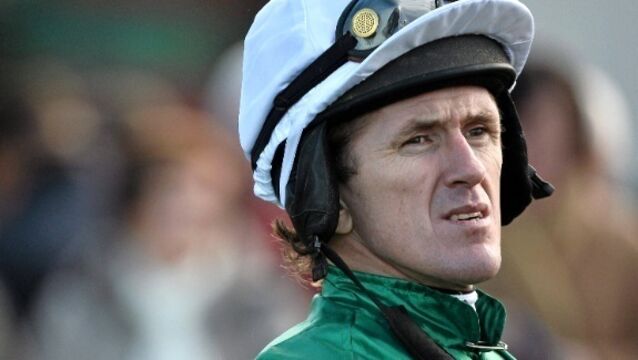 Tony McCoy enjoyed a winner on what is almost certain to be his final visit to Fakenham when steering Artifice Sivola to a facile success in the King&rsquo;s Lynn Handicap Chase yesterday.

PORTLAOISE’S run towards a fifth consecutive Laois SFC title moved a step closer on Sunday evening as they overcame a dogged Stradbally side to book their place in the final.

Rescuers honoured for their bravery

RESCUERS who saved the lives of 11 people from near-drowning incidents were among those honoured at the annual awards ceremony of Irish Water Safety in Dublin yesterday.

All rosy in the Garden as sponsor confirmed

Johnston Press cuts could lead to closure of one printing press

JOHNSTON Press is believed to be preparing to close one of its two printing/production facilities here, as part of cost-cutting measures being administered following its failure to sell its Irish newspaper portfolio.

Following a misfiring evening against Longford last weekend, Laois forwards Ross Munnelly and MJ Tierney have been dropped to the substitutes bench for tomorrow's GAA Football All-Ireland qualifier against Down in Portlaoise (throw-in 7pm).

Walsh unleashed as Kingdom get back in gear

ON a night that Darragh Ó Sé made a significant contribution on his return and young star Tommy Walsh showed why he is so highly regarded, Kerry gave their Allianz NFL prospects an overdue stimulus on Saturday with a deserved victory over an enthusiastic but inexperienced Laois side.

Laois manager Liam Kearns has been forced to make two changes to his side for tomorrow's All-Ireland SFC third round qualifier against Derry (Breffni Park, throw-in 7pm), after key defender Darren Rooney and attacker Brian 'Beano' McDonald both failed to recover from injury in time for the game.

Rooney's GAA season could be over

Laois defender Darren Rooney's season hangs in the balance after he sustained cruciate ligament damage during the Leinster SFC final defeat to Dublin.

Garvan to miss out for Laois

Laois manager Liam Kearns is "not expecting" midfielder Noel Garvan to be fit for his side's Leinster SFC semi-final clash with Wexford on Sunday week.

Half-forward Billy Sheehan could struggle to be fit in time for Laois' Leinster SFC semi-final against either Louth or Wexford on July 1.

Laois and Longford have selected their starting teams for their Leinster SFC quarter-final duel at Tullamore (throw-in 6.45pm) on Saturday.

REGIONAL newspaper publisher Johnston Press is seeking more than 70 redundancies among its 430 staff in Ireland.

Laois through after dramatic comeback

Laois will contest next Sunday's O'Byrne Cup final with Dublin after they scored a dramatic win over Offaly in Tullamore.

Portlaoise out after major shock

THE big news on the Laois GAA scene is that Portlaoise have been eliminated from the Senior Football Championship.

Ahead of tomorrow's NFL Division One semi-final against Kerry, it has emerged that two players have left the Laois panel.

Micko on familiar ground as he enters the lion's den

MICK O'DWYER has been down this road before. In his second stint as Kildare manager he masterminded the defeat of his native Kerry in the 1998 All-Ireland semi-final.

LAOIS football chairman Joe O’Dwyer has supported the county’s U21 football manager in a disagreement over the release of his players for senior duty against Offaly last weekend.

JOHNSTON Press has poached a senior executive from Independent Newspapers to run its Irish titles.

Orchard power too much for Laois

Mick O'Dwyer's young Laois side have waited two years for revenge on Armagh, and it could finally come today when the sides clash in an intruiging All-Ireland SFC quarter-final at Croke Park (3.30pm).

We’re going out to play football

DURING his legendary managerial career, Laois boss Mick O'Dwyer has always maintained the dictum of its "horses for courses."

Both Laois and Armagh, who clash in Saturday's All-Ireland SFC quarter-final, will name their sides tomorrow.

SFC: Race for last eight hots up as McMenamin ruled out

The temperatures may have gone down a few degrees in the past week but the heat will certainly be on for Derry, Laois, Monaghan and Tyrone today as they bid to make the last eight of this year's All-Ireland football championship.

LAOIS selector Declan O’Loughlin is adamant that his team will secure an All-Ireland quarter-final spot if they can avoid a repeat of the slow starts that handicapped them so badly against Offaly and Dublin.

Rooney, Brennan to be un-Laoised

Sidelined Laois duo Darren Rooney and Barry Brennan have set their sights on a return against Derry in Saturday's fourth round qualifier clash.

Dublin and Laois - the two sides that have shown the most promise, albeit lacking a dollop of consistency, in Leinster this summer - go head-to-head in a mouth-watering provincial decider today at Croke Park (throw-in 3.45pm).

Conway: all for nothing if we don’t beat Dubs

REACHING a third successive Leinster SFC final will mean nothing to Laois if they fail to take the title against Dublin in four weeks’ time.

One of best displays I’ve seen from any team in Croker, says Micko

THE beam is back. A couple of weeks ago, you found Micko in the corridors of Croker, pleading larceny and talking about how much his team had to improve.

A STRANGER ambling through Laois or Kildare this past two weeks would be forgiven for thinking it was a boxing or wrestling show in the pipeline this week.

Moynihan and Kirby on bench for Kerry

SEAMUS MOYNIHAN and William Kirby are omitted from the Kerry team for Sunday’s Munster SFC semi-final against Limerick at the Gaelic Grounds.

LAOIS’ first defence of their Leinster SFC title on Sunday is boosted by the return of Kevin Fitzpatrick for the meeting with Carlow in Dr Cullen Park.

LAOIS boss Mick O’Dwyer may have to plan without key midfielder Pauric Clancy for up to two months — sidelining him for most of their Leinster Championship defence.

Stokes out of Limerick clash with Wexford

THE highly competitive nature of the National Football League is taking its toll with many players injured.

MICK O’DWYER won’t be rushing any of his injured Laois stars back even if it means the Leinster champions playing in Division Two next year.

‘Fairytale’ seems to be the only word for it