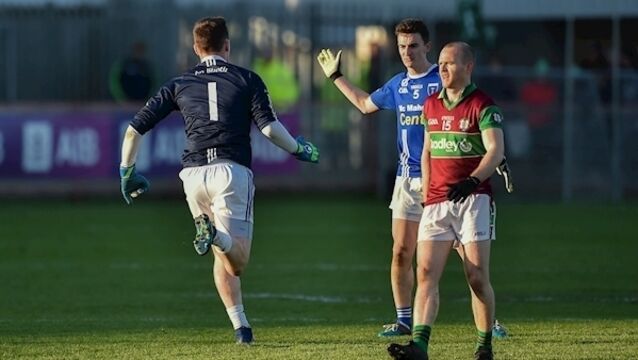 Rory Beggan’s converted free in the fifth minute of stoppage time sealed a dramatic comeback for Monaghan champions Scotstown and put them through to the AIB Ulster club SFC final. 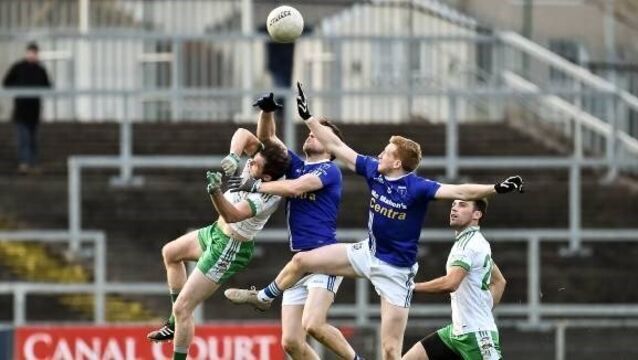 Scotstown survive the scares against Burren

Scotstown survived a black card for Kieran Hughes, 13 first-half wides and a penalty shout at the death to eventually squeeze past Burren, but if luck was a finite resource, they can expect little of it in the upcoming semi-final against Eoghan Ruadh Coleraine. 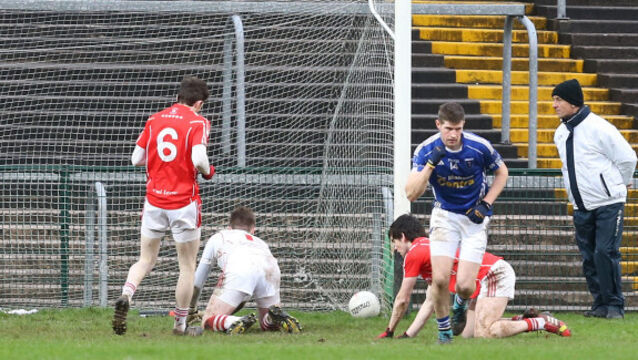 Mitchel’s the pride of Merseyside

Armagh’s decision to drop down a tier paid dividends as they cruised to victory in Saturday’s Nicky Rackard Cup final at Croke Park.

McGuckin goals do trick for Derry

This game was effectively over after 10 minutes, by which stage the Oak Leafers were 1-4 to nil ahead and in total control in all sectors.

LATTON were crowned Monaghan champions for the third time in six years after a disappointing SFC final in Inniskeen yesterday.

Too little, too late as Farney go down

ULTIMATELY they went down anyway — but not without a fight.

Mayo top the table after win over Monaghan

GALWAY may have gone on a scoring spree at Pearse Stadium yesterday but Joe Kernan was not getting carried away after he saw his side put Monaghan to the sword.

TYRONE have been hit with a suspension blow which has ruled three of their top players out of tomorrow’s NFL clash with Mayo.

ALL STAR Eddie Brennan has been included on the Kilkenny team to play Galway in the NHL clash on Sunday following his successful appeal against his dismissal against Waterford last weekend.

MONAGHAN have made one change in personnel and a couple of positional switches from the team that started against Donegal for tomorrow’s All-Ireland qualifier against All Ireland champions, Kerry.

Playmaker Paul Finlay is back in the Monaghan team for tomorrow's GAA Football All-Ireland senior championship qualifier against Donegal (Ballybofey, throw-in 5pm), after seeing out his eight-week ban for verbal abuse of a match official.

A GOAL and five points by 20-year-old Conor McManus helped Clontibret to their second championship in a row, when they had three points to spare over Castleblayney at the end of an absorbing contest.

Monaghan manager Seamus McEnaney has opted to stick with the same team that started the recent qualifier win against Donegal for this Sunday's All-Ireland SFC quarter-final against Kerry (Croke Park, throw-in 2pm).

Monaghan ease past Donegal into the quarter-finals

Monaghan manager Seamus McEnaney has kept faith with the team that lost the Ulster final, naming an unchanged side for Saturday's All-Ireland SFC third round qualifier against Donegal at Healy Park (throw-in 7pm).

Tyrone won their 11th Ulster SFC title with a battling win over courageous Monaghan at Clones.

TICKETS for tomorrow’s Bank of Ireland Ulster football championship final will be on sale in the Croke Park area today.

Vincent Corey and Eoin Lennon have both been included in the Monaghan line-up for tomorrow's All-Ireland SFC second round qualifier against Wexford (Clones, throw-in 4.30pm).

Wicklow were hopelessly outclassed as three-goal Monaghan eased through to the second round of the All-Ireland SFC qualifiers at Clones.

Hugh McElroy has been brought in to replace James McElroy in the Monaghan line-up for tomorrow evening's Ulster SFC quarter-final replay with Armagh (Clones, throw-in 5.30pm).

Monaghan manager Seamus McEneaney has made three changes to his side for Sunday's Ulster SFC quarter-final tussle with Armagh (Clones, throw-in 3.30pm).

Curran and Murphy get Meath call-ups

Marty McElkennon's Monaghan side are verging on being at full strength for the visit Mayo to Clontibret on Sunday (throw-in 2.30pm).

Second half charge sees Tyrone through

SFC: Race for last eight hots up as McMenamin ruled out

The temperatures may have gone down a few degrees in the past week but the heat will certainly be on for Derry, Laois, Monaghan and Tyrone today as they bid to make the last eight of this year's All-Ireland football championship.

Monaghan's Rory could be out of the woods

Monaghan forward Rory Woods could be in line for his first start of the championship in Saturday's All-Ireland SFC fourth round qualifier against Tyrone.

Monaghan march on as Slaneysiders slain

Monaghan see off London with ease

McEnaney with gap to fill

Monaghan manager Seamus McEnaney left a vacancy for at right half-forward as he named his line-up for Sunday's Ulster SFC quarter-final against Derry at Clones.

INSTEAD of a mere appetiser at Croke Park, we were served a veritable feast, with a twist in the tale that will rank alongside any of Croke Park’s surreal climaxes.