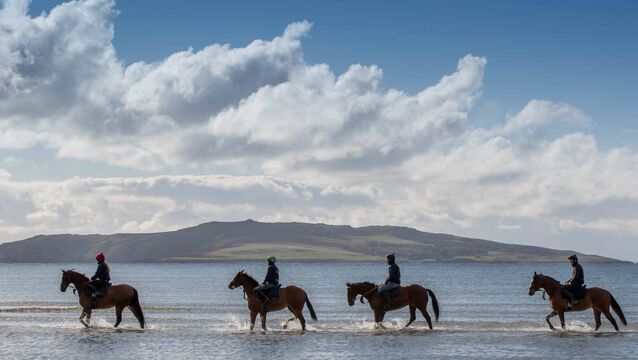 Barring an 11th-hour setback, racing will resume in Britain next Monday, a week before the Irish action recommences on June 8. It’s been a fraught time for the industry and there remains much for racing to consider ahead of its return according to Darren Norris. 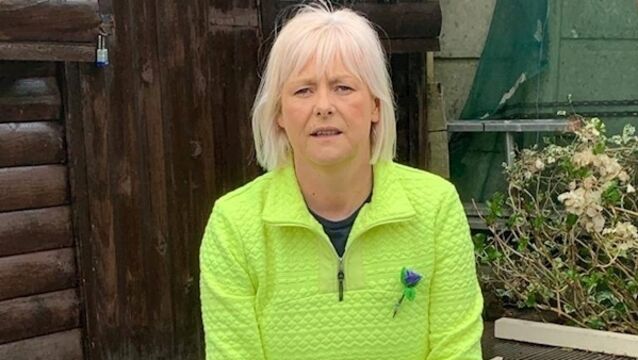 ‘I am at the bottom of the pack when it comes to surviving it. I am very much the underdog’

Caroline Heffernan’s 50th birthday celebrations are being unravelled by the coronavirus. 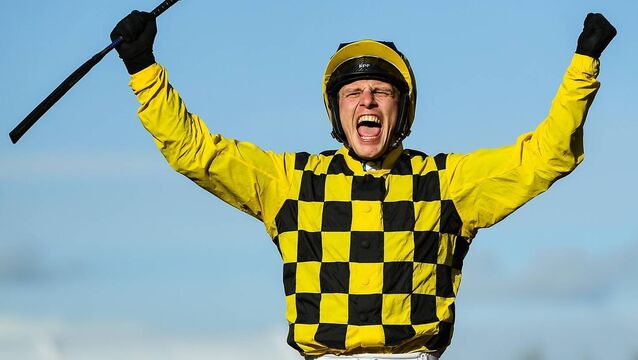 Paul Townend: ‘Growing up, jockeys were everything to me’

Paul Townend reflects on making history with Al Boum Photo and explains why being Cheltenham’s top jockey meant so much to him.

Ruby: 'If I was going to Cheltenham looking for a fairytale it would involve Faugheen and Un De Sceaux'

Don’t rely too heavily on Mullins at the Festival

Un De Sceaux could head to Newbury, Leopardstown, or step back up in trip for the Ascot Chase after Willie Mullins sidestepped an outing this weekend on account of the ground.

Four days at Cheltenham in March can dictate how a bookmakers’ business can perform for the entire year, Boylesports’ communications chief Leon Blanche tells Pádraig Hoare

“A 1960s sex-and-Polaroids scandal centring around an allegedly sex-crazed duchess seemed perfect for Cheltenham” observed Philip Hensher on his 1990s libretto for Powder Her Face.

JT McNamara’s passing overshadowed everything else in 2016

The past year, like any other, has had its high points, but whatever highlights anybody in racing might have had in 2016, I will always remember it as the year John Thomas McNamara passed away, writes Ruby Walsh.&nbsp;

Andrew Lynch finally gets his just desserts with Zabana

Sometimes you have to wait for your just desserts. Last month Meath trainer Andrew Lynch brought Zabana, the undoubted star of his quintet of horses, to Cheltenham for the JLT Novices&rsquo; Chase.

Cue Card and Don Cossack remain on course for a mouthwatering third clash after featuring among 20 entries for the Bibby Financial Services Ireland Punchestown Gold Cup.

In recent seasons we&rsquo;ve become accustomed to the leading Irish trainers successfully plundering big prizes on the other side of the Irish Sea but the tide was stemmed this weekend at Fairyhouse as the Kerry Lee-trained Top Gamble became the fourth British raider to land a graded race at the Easter Festival, when he justified favouritism in the Normans Grove Chase.

Ireland&rsquo;s total dominance, with a record-equalling six victories on day three of the Festival, was interrupted only by the World Hurdle victory of Thistlecrack, and a fitting performance it was to disrupt the potential whitewash.

Willie Mullins will travel to Cheltenham this week knowing there is one thing he really needs to put right &mdash; to finally win the Gold Cup.

Five horses that could make or break punters at Cheltenham

Before heading to Cheltenham, our racing correspondent eyes up the five horses every Festival conversation either begins or ends with.

At the height of the financial crisis back in 2013, Rich Ricci was described by one newspaper as &ldquo;the poster child for the excesses of the investment banking industry&rdquo;.

Cheltenham Gold Cup an option for Many Clouds

It appears increasingly likely that Crabbie&rsquo;s Grand National winner Many Clouds may attempt to do the Timico Cheltenham Gold Cup-Aintree double after his intended prep race was scuppered by the weather at Kelso on Saturday.

From the 20-year-old who won the grand national, to the rider who reached the top on both sides of the Irish Sea, Ruby Walsh&rsquo;s career has been a constant stream of success at the highest level. But most of that, he told the audience at the Everyman Theatre, is down to the wisdom of one man &mdash; his father, Ted.

Paul Nicholls runs through some of his major Cheltenham Festival contenders:

Another blow for Willie Mullins as Arctic Fire out

Arctic Fire has been ruled out of the Stan James Champion Hurdle at next month&rsquo;s Cheltenham Festival due to injury.

Victoria Pendleton was unseated on her first ride over regulation fences in the Betfair Switching Saddles &ldquo;Grassroots&rdquo; Fox Hunters&rsquo; Chase at Fakenham yesterday.

Nicky Henderson to check Peace And Co for breathing issues

Nicky Henderson will check Peace And Co for any potential breathing issues after he disappointed at Sandown on Saturday.

Jessica Harrington-trained Our Duke clearly one to note going forward

I think we saw a very good horse in the Jessica Harrington-trained Our Duke at Leopardstown last Sunday.

Balthazar King is more likely to run in the Glenfarclas Cross Country Chase at the Cheltenham Festival than the Crabbie&rsquo;s Grand National after he made a welcome return to Philip Hobbs&rsquo; yard yesterday.

Sprinter Sacre back in business at Cheltenham

Volume levels were at a maximum as Sprinter Sacre announced his return to form in emphatic fashion when making a triumphant visit to a winner&rsquo;s enclosure he has enjoyed many magical moments in during his career after claiming the Shloer Chase at Cheltenham yesterday.

Don Cossack has been announced as the highest-rated jumps horse of the 2014/15 season in the Anglo-Irish Jump Classification on a mark of 175.

The ground wasn&rsquo;t as slow as I thought it would be yesterday and it had an impact on all my rides, writes Ruby Walsh.&nbsp;

Jezki brings frustrating run to an end in Aintree drama

Jessica Harrington stood relieved and thrilled in equal measure in the Liverpool sunshine yesterday after Jezki brought a frustrating run of results to an end with victory in the Doom Bar Aintree Hurdle.

Nicky Henderson is in no rush to make what he describes as a &ldquo;very difficult decision&rdquo; as to whether to let Sprinter Sacre line up in the Bet365 AP McCoy Celebration Chase at Sandown later this month.

The tough and remarkably consistent Roi Du Mee completed a hat-trick when making all the running to beat just two rivals in the Daily Mirror Chase in Down Royal yesterday.

The Package rolled back the years to win for the first time at the Cheltenham Festival and give Jamie Codd a second success of the week in the Fulke Walwyn Kim Muir Challenge Cup yesterday.

Ruby Walsh: I’m happy with my Champion Hurdle tip and, if I’m wrong, so be it

I suppose I can say now that I have had a fair idea that I was going to pick Faugheen over Hurricane Fly for the Champion Hurdle for a while.

Paul Nicholls will step up the work of his Betfred Cheltenham Gold Cup contenders Silviniaco Conti and Sam Winner in the coming days.

Vautor back on track with Leopardstown win

Vautour got his fencing career back on track with a facile success in the Leopardstown Killiney Novice Chase at the Dublin course.

Paul Nicholls tightened his stranglehold on the William Hill King George VI Chase when 15-8 favourite Silviniaco Conti provided him with a record ninth success in the St Stephen&rsquo; s Day feature at Kempton.

A late decision will be made on Last Instalment’s participation in today’s Betfred Cheltenham Gold Cup.

Dessie Hughes wishes the Stan James Champion Hurdle was next week, such is the condition of his representative Our Conor.

Four-star Mullins out on his own

Willie Mullins bagged a four-timer at Fairyhouse on Saturday and in the process threw punters a potential curveball as he suggested On His Own could have improved enough to swerve the Crabbie’s Grand National and go to Punchestown after landing the At The Races Bobbyjo Chase.

I hope Gowran Park today survives an inspection, because the exciting Un de Sceaux looks a penalty kick in a Grade 2 hurdle.

The prospect of testing conditions is a concern for trainer Mouse Morris as the admirable First Lieutenant looks to secure a deserved return to the winner’s enclosure in tomorrow’s Hennessy Gold Cup at Leopardstown.

Dual Cheltenham Foxhunter winner Salsify may run in a handicap chase once he returns from the injury that has ruled him out of his hat-trick bid at next month’s Festival.

Dessie Hughes is confident Our Conor will head to the Cheltenham Festival with a “fighting chance” of claiming Champion Hurdle glory after making Hurricane Fly pull out all the stops at Leopardstown on Sunday.

Get off to a flyer with Grozny

Willie Mullins’ decision not to send any horses to England means it’s a weekend at home for me, at Naas today and Fairyhouse tomorrow.

Pat Fahy believes there is more to come from Morning Assembly despite his exciting novice chaser being beaten for the first time over fences at Leopardstown on Sunday.

Sprinter Sacre was dramatically pulled up halfway through his comeback outing in yesterday afternoon’s williamhill.com Desert Orchid Chase at Kempton with what veterinary advice diagnosed to be an irregular heartbeat.

Closing down the industry for six days is ridiculous

It has not been a particularly good few days for National Hunt racing in this country.