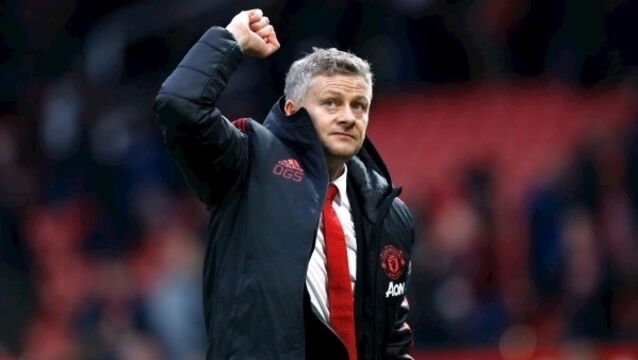 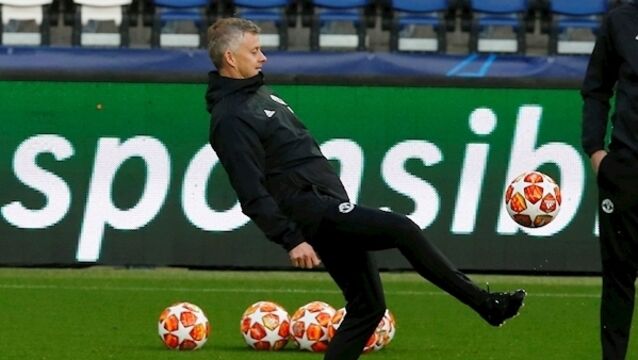 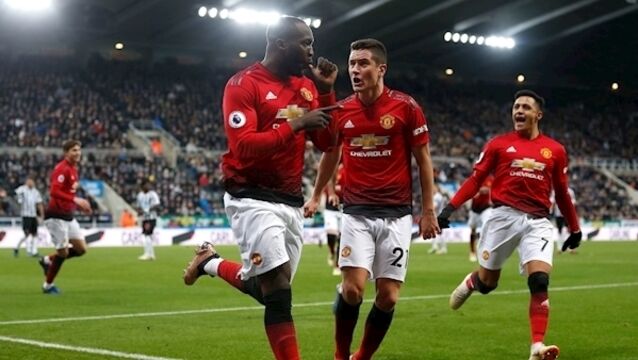 Ole Gunnar Solskjaer’s magical reign as Manchester United boss survived its biggest test to date at St James’ Park last night, his second- half substitute Romelu Lukaku scoring with his first touch of the game and helping to write his interim manager into the record books.

Alexis Sanchez has been sentenced to 16 months in prison for committing tax fraud in Spain &mdash; but the Manchester United forward will avoid serving any jail time.

Arsene Wenger admits Arsenal are at fault for Alexis Sanchez reportedly missing a drugs test as he completed his move to Manchester United but said both the player and club have &ldquo;nothing to hide&rdquo;.

Arsene Wenger admitted Arsenal were at fault for AlexisSanchez reportedly missing a drugs test as he completed his move to Manchester United but said the club have "nothing to hide".

Sanchez seals United switch and hits back at money jibe

Alexis Sanchez has finally left the Emirates to pick up a reported &euro;570,000-a-week contract at Manchester United but the Chilean couldn&rsquo;t resist one last dig at Arsenal legends who have labelled him &ldquo;the biggest mercenary in football&rdquo;.

Terrace Talk: Man United - One up on noisy neighbours as fiery Chilean ‘netted’

Back in mid-September, when I divulged to punters on the Red Issue website that United had engineered contacts with Sanchez&rsquo; people about a possible January move, the reaction to the scoopette was underwhelming.

Pep Guardiola expects Manchester City to lose before the conclusion of the Premier League season.

Liverpool boss Jurgen Klopp feels Alex Oxlade-Chamberlain has &ldquo;unbelievable&rdquo; potential to be involved in more goals that was &ldquo;not asked for too much&rdquo; during his time at Arsenal.

Terrace Talk: Arsenal - Up there with the best and worst of our heroic defeats

&ldquo;We&rsquo;ll be punished if we play like this on Saturday.&rdquo; It&rsquo;s not often the crowd at the Emirates grumbles in agreement, but that was the general sentiment in N5 just before 9pm last Wednesday.

Pep Guardiola will not discuss whether Manchester City will try to sign Alexis Sanchez again &mdash; but his opinion of the Arsenal forward has not changed.

Arsenal prioritising success over money, according to chief executive

Arsenal's decision not to sell Mesut Ozil and Alexis Sanchez in the summer proves the club is putting on-field success over financial gain, according to chief executive Ivan Gazidis.

Arsenal chief executive Ivan Gazidis insists the club have &ldquo;over-performed&rdquo; in the transfer market compared to their Premier League rivals.

Traversing London for a trip to Stamford Bridge felt like a decidedly tame affair, after having run the gauntlet of 20,000 Germans on Thursday night.&nbsp;

Arsene Wenger has dismissed suggestions that Alexis Sanchez has returned to Arsenal this season fat and out of shape.

Calm outside the window after transfer season storms

Despite strong league starts, it would be understandable if Manchester City and Liverpool both presented for this lunchtime&rsquo;s glamour clash a touch unsettled by events at the latter end of the transfer window.

Pep Guardiola does not yet know if Manchester City will revive their attempts to sign Arsenal's Alexis Sanchez.

Lionel Messi shrugged off the frustration of missing a penalty to reach another remarkable career landmark as Barcelona eased to a 2-0 victory at Alaves.

Laurent Koscielny will start the long journey of putting his FA Cup final heartbreak behind him when he returns from suspension for Arsenal tomorrow.

Alexis Sanchez poised to return for Arsenal at Anfield

Alexis Sanchez could return to the Arsenal team for their Premier League trip to face rivals Liverpool as manager Arsene Wenger says he is unaffected by transfer rumours concerning the Chilean.

Arsenal have been hit with an injury blow on the eve of the new Premier League season after manager Arsene Wenger revealed Alexis Sanchez is out with an abdominal injury.

Alexis Sanchez will miss Arsenal's opening two Premier League games through an abdominal injury as manager Arsene Wenger refused to reveal if the club had received any bids for the forward.

Arsene Wenger has confirmed Alexis Sanchez will begin training on Sunday as the Arsenal striker looks to find full fitness ahead of the start of the Premier League season.

Chelsea have agreed terms with Real Madrid for the transfer of Spanish international striker Alvaro Morata, the Premier League club have announced.

Terrace Talk: Arsenal - How to get dissenters back on side? Only Wenger knows

News of Arsene Wenger&rsquo;s contract renewal hardly came as a shock. Would it have been any different if he&rsquo;d not just become the most successful manager in FA Cup history? I doubt&nbsp;it,&nbsp;because the club simply doesn&rsquo;t have the structure in place to cope with a smooth accession.

It felt like one of those slow-motion car-crash moments when Koscielny recklessly clattered into Valencia during last Sunday&rsquo;s climax to our league campaign.

No final farewell for Arsene Wenger

Arsene Wenger insists winning the FA Cup on Saturday would be a triumph for Arsenal&rsquo;s late-season resurgence and not the perfect end to his time at the club.

Prior to yesterday&rsquo;s match, I met up with a mate who&rsquo;d flown over from Dublin to bring Joel, his youngster, to his first ever Arsenal game.&nbsp;

I never fail to be amazed by our seemingly infinite capacity to sell ourselves the starry-eyed promise of a different Arsenal narrative, but such is the masochistic curse of the travelling Gooner, writes Bernard Azulay.

Oxlade-Chamberlain: We're into the next round of the cup and that's all that matters

Alex Oxlade-Chamberlain admits winning was all that mattered as Arsenal overcame non-league Sutton to reach the FA Cup quarter-finals.

Alexis Sanchez says he is &ldquo;very happy&rdquo; at Arsenal but insists it is up to the club to come up with a deal to keep him at the Emirates Stadium.

TERRACE TALK: Arsenal - Not a disaster but this was an opportunity missed

When Arsene Wenger threw on Olivier Giroud and Alex Oxlade-Chamberlain just six minutes after introducing Aaron Ramsey, it was clear his intention was to win this North London derby.

A quarter of the way through the 2016/17 season, the top five teams are separated by just three points. But who will be celebrating come May? We assess the key title contenders...

Alexis Sanchez ‘not a special case’

Arsene Wenger insists there is no bespoke treatment for Alexis Sanchez at Arsenal as the Chilean settles into his role as the club&rsquo;s main striker.

Arsenal 6 Ludogorets 0:&nbsp;Bash out another win like this in Bulgaria in two weeks time and Arsenal will have all but qualified for the knock out stage of the Champions League for the 16th year running.

New Gunners defender Shkodran Mustafi has hailed the workrate of Alexis Sanchez, after the Chilean rescued a draw for Arsenal in their Champions League opener.

The fragile truce that has existed between the Arsenal&rsquo;s factions lasted all of an hour into the new campaign.