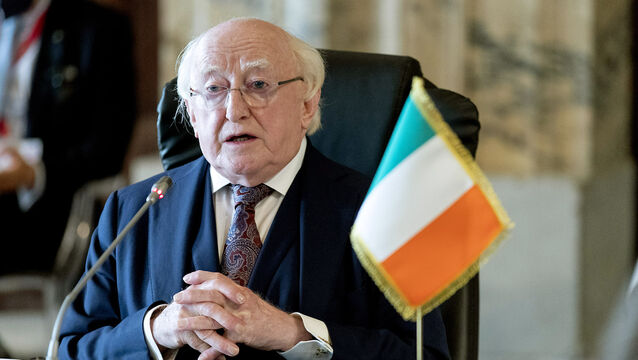 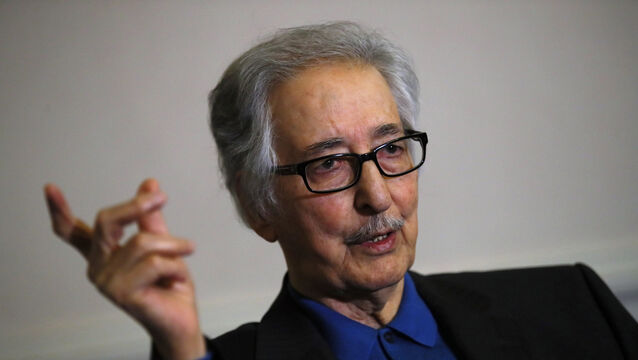 Abolhassan Banisadr, Iran’s first president after the country’s 1979 Islamic Revolution, has died at the age of 88. 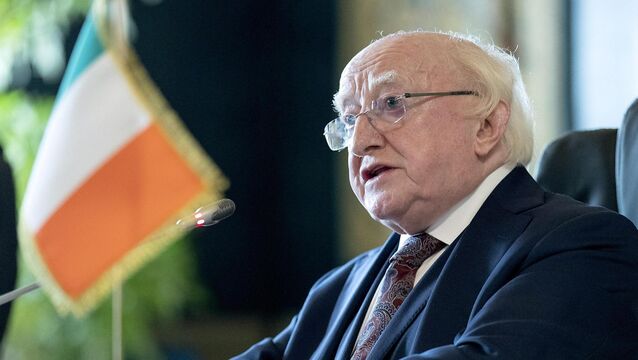 Emma de Souza: No place for rancour in debate over President’s service stance

The hometown of Haitian President Jovenel Moise received his body on Friday for a private funeral amid heavy security following violent protests and fears of political volatility in the Caribbean nation.

Demonstrations in Haiti turned violent as gunshots rang out while supporters of slain President Jovenel Moise blocked roads and demanded justice while threatening to disrupt his upcoming funeral.

Violence flares in Haiti ahead of slain president’s funeral

Hundreds of workers fled businesses in northern Haiti on Wednesday after demonstrations near the hometown of assassinated President Jovenel Moise grew violent ahead of his funeral.

Haitians are beginning a series of official ceremonies to honour President Jovenel Moise nearly two weeks after he was assassinated at home.

Haiti’s elections minister said that interim prime minister Claude Joseph will step down. The move comes in the wake of the July 7 assassination of President Jovenel Moise.

Former president Jean-Bertrand Aristide has returned to Haiti after a nearly a month in Cuba, thrilling hundreds of supporters who gathered at the airport at a time of tensions over the recent assassination of the country’s leader.

Haiti calls for US military assistance after president’s assassination

Haiti’s interim government has asked the US to deploy troops to protect key infrastructure as it tries to stabilise the country and prepare the way for elections following the assassination of President Jovenel Moise.

Two men believed to be Haitian Americans – one of them purportedly a former bodyguard at the Canadian Embassy – have been arrested in connection with the assassination of Haiti’s president.

Four more arrests in hunt for killer of Haiti’s president

Police say they have arrested four more suspects in the assassination of Haitian President Jovenel Moise, bringing the total to six detained and seven killed.

Haiti under state of siege following assassination of president

Haiti stumbled into an uncertain future after the assassination of President Jovenel Moise, followed by a gunfight in which authorities said police killed four suspects, detained two others and freed three officers being held hostage.

Pope Francis sends condolences to Haiti over assassination of president

Authorities said that during the gunbattle, police killed four suspects, detained two others and freed three officers being held hostage

Gunmen assassinated Haitian President Jovenel Moise and wounded his wife in their home, inflicting more chaos on the unstable Caribbean country that was already enduring an escalation of gang violence, anti-government protests and a recent surge in ...

What next for Haiti after assassination of president?

The assassination of President Jovenel Moise seemed to have thrown an already turbulent nation into chaos, with a muddled line of succession.

Haitian President Jovenel Moise, a former banana producer and political novice who ruled Haiti for more than four years as the country grew increasingly unstable under his watch, was killed on Wednesday aged 53.

World leaders call for calm after assassination of Haiti’s president

The assassination of Haitian President Jovenel Moise drew shock and condemnation from leaders in Latin America, Europe and elsewhere, along with calls for calm and unity in the troubled Caribbean nation.

Isaac Herzog, member of a prominent Zionist family, took the oath of office on Wednesday and became Israel’s new president.

Prime Minister Benjamin Netanyahu’s opponents announced they have reached a deal to form a new governing coalition, paving the way for the removal of the long-time Israeli leader.

Opponents of Israeli Prime Minister Benjamin Netanyahu’s are scrambling to finalise a coalition government that would end his 12-year rule.

Isaac Herzog, a veteran politician from a prominent Israeli family, has been elected as the country’s president. The position of president is a largely ceremonial role that is meant to serve as the nation’s moral compass and promote unity.

'A president for all the people': Celebrating 80 years of Michael D Higgins

In honour of the president's birthday, we went through the archives to track through the historic politician's long life

Kosovo’s new president takes office at the age of 38

Kosovo’s new president took office, becoming the country’s youngest head of state and one of the youngest in the world.

Samia Suluhu Hassan has been sworn in as Tanzania’s first female president.

Had last week’s rugby game between Wales and Ireland been played in normal circumstances, then a minor military tattoo might have been offered as a stir-the-juices aperitif.

Portugal’s president has been returned to office for a second term in an election held amid a devastating Covid-19 surge that has made the country the worst in the world for cases and deaths. Marcelo Rebelo de Sousa captured around 61. 5% of the vote.

Portugal is holding a presidential election, with the moderate incumbent candidate strongly favoured to earn a second five-year term as a devastating Covid-19 surge grips the European Union nation.

Address spoke not to the power or size of America, but to its spirit, history, humanity, and purpose in the world

Irish Examiner view: Biden presidency a chance to turn page and be hopeful

Four years ago, we heard Donald Trump announce that 'the American carnage ends now'. Joe Biden is taking over in the White House with a country divided and with much on his plate

Algerian president absent as anniversary of his election marked

Algerian President Abdelmadjid Tebboune marks a year in office on Saturday, but he is nowhere in sight following his evacuation to Germany more than six weeks ago for coronavirus treatment.

Peru’s Congress has chosen a new leader who is expected to become the nation’s third president in the span of a week.

Peru’s interim president has announced his resignation as the country plunged into its worst constitutional crisis in two decades following massive protests unleashed when Congress ousted the nation’s popular leader.

Pressure mounts on Peru’s president after two die in protests

Pressure was mounting on Peru’s interim president to resign after a night of protests in which two people were killed and the country’s political turmoil deepened.

The decision of Peru’s legislature to vote popular president Martin Vizcarra from office this week likely put the country’s best chance at making a dent on endemic corruption on hold.

Manuel Merino has been sworn in as the new president of Peru.

Some groups might dismiss Trump’s fraud allegations as merely the childish reactions of a sore loser, but there is a psychological method to his seemingly mad claims

Hashim Thaci, who resigned as Kosovo’s president to face charges including murder, torture and persecution, will make his first courtroom appearance before a judge at a special court in the Netherlands on Monday, the court announced.

Kosovo president Hashim Thaci, a guerrilla leader during Kosovo’s war for independence, has resigned in order to face charges for war crimes and crimes against humanity at a special court based in The Hague.

President pays tribute on death of Dr Tiede Herrema; Kidnapped by IRA in 1975

President Higgins has paid tribute to Dr Tiede Herrema who has died aged 99.

Tomorrow, the Irish Farmer’s Association (IFA) will name a new president after a lengthy campaign which came to a conclusion last Friday, December 13.

Tradition of outspoken presidents - No need for a eunuch in Áras

Anyone who thinks that President Higgins is losing the run of himself by speaking out on controversial issues would do well to remember that outspoken presidents have been the norm rather than the exception for almost 30 years.