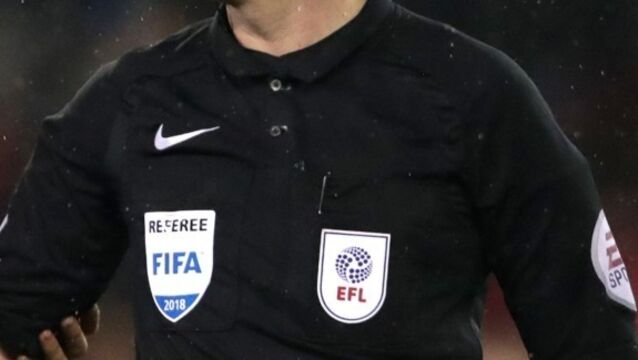 Cotter: We’ll give Galway the respect they deserve

Cork City’s reward for edging out Cabinteely in a penalty shootout last Friday is another away game and more First Division opposition, after the FAI Second Round draw in Abbotstown pitted the Rebels against Galway United. 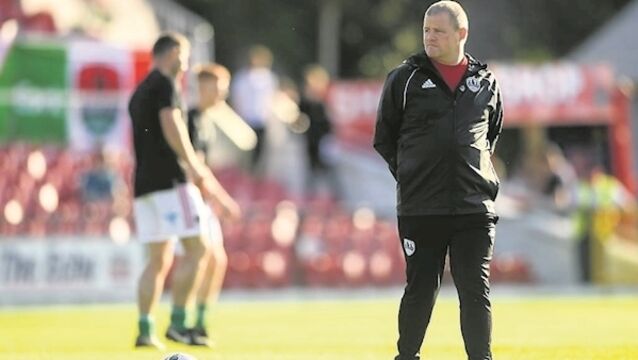 Cork City will be hoping for some much-needed cheer in the cup when they visit Stradbrook for a first-ever meeting with Cabinteely this evening. 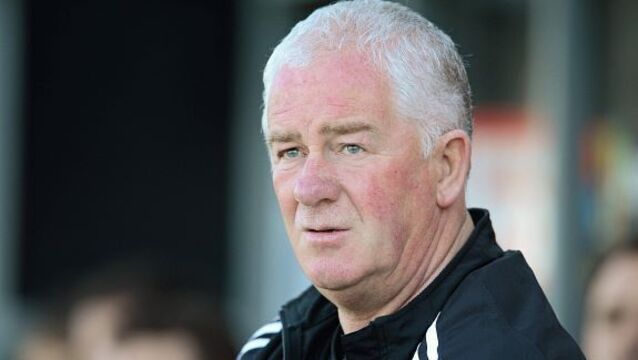 Cork City have been warned by Pat Devlin that they’ll face a tough task to rescue their season with a FAI Cup run.

Molumby’s triumph of will crucial in his resurgence

Maynooth University Town, in the words of manager Barry Prenderville, already “know the road to Cork well” having beaten Rockmount and Blarney United on their way to winning the Intermediate Cup in May and then Everton and Leeds in this year’s FAI Cup.

Ahead of tonight&rsquo;s Premier Division clash with Shamrock Rovers (8pm), Cork City manager John Caulfield has pleaded with the League of Ireland to take more stakeholders into account when setting fixtures.

John Caulfield will ring the changes in his Cork City team for this afternoon&rsquo;s EA Sports Cup against Waterford at the RSC (kick off&nbsp;3pm), the first of two games in a week against the same opposition at the same venue.

Cork City have extended their lead at the top of the SSE Airtricity Premier League Division to 16 points following a 2-1 victory over Sligo Rovers at The Showgrounds last night.

Limerick arrive out of the darkness to face Dundalk's brightest lights

Having been plunged into darkness in Maginn Park last week, Limerick face the brightest lights in Irish football when they head to Oriel Park tonight to take on Dundalk.

A good portion of the Cork City squad which will arrive at the Aviva tomorrow for the FAI Cup final will have finished in the runner-up position in the league for the third year in a row.

Two goals down going into the decisive away leg of their First Division promotion play-off against Drogheda United, the situation looks pretty daunting for Cobh Ramblers.

Bray's clean sweep over St Pat’s keeps them on track

Barely an hour after his team created yet more Irish football history by beating Maccabi Tel Aviv 1-0 in Group D of the Europa League in Tallaght on Thursday night, manager Stephen Kenny talked about how all at Dundalk remain &ldquo;driven&rdquo; in the quest to make this &ldquo;an incredibly special season&rdquo; for the club.

Dundalk ‘ready to go’ against Candystripes

The big games are coming thick and fast for Dundalk as the champions continue the defence of their league crown at home to Derry City tonight (7.45pm, live on RT&Eacute; 2).

As ever, questions abound on the opening night of the new season but there can be no disputing the big one: can the best team in the country succeed without the best player in the country?

As much of what he touches turns to goals, Richie Towell is looking forward to this year just getting better and better &mdash; both on and off the field.

St. Patrick’s Athletic struggle against Galway but still make it seven in row

Roy Keane has urged Ireland&rsquo;s schoolboy clubs who might feel threatened by the new U17 National League to embrace change and put the development of their players first.

The second half of the season is where &ldquo;the real action starts&rdquo;.

Cork City aim to break with a win

With a Uefa Europa League draw to look forward to during it, Cork City players and staff will hope to enjoy the upcoming summer break.

Though they may have won their last three home games, Galway United manager Tommy Dunne will demand far greater effort from his players this evening if they are to make that a fourth when second in the table Cork City &mdash; unbeaten away this season &mdash; arrive at Eamonn Deacy Park.

It&rsquo;s the cup holders versus the all-time cup record-holders at Richmond Park tonight when St Patrick&rsquo;s Athletic host Shamrock Rovers in the stand-out tie of a hectic FAI Cup second round weekend.

The last time Cork City and Dundalk did battle, the league title was on the line on the final night of the 2014 season, with the Lilywhites crowned champions after a 2-0 win which will live long in the memory at Oriel Park.

Paul O&rsquo;Conor&rsquo;s late, late equaliser ended Dundalk&rsquo;s winning start to the season as Limerick held the champions to a 1-1 draw at Jackman Park on Saturday evening.

The Minister of State for Tourism and Sport confirmed €2 million of the monies cut from the sports budget earlier this year has been returned to the sector for use at grass roots and elite levels.

A sublime first league goal of the season from Greg Bolger, with topscorer Anto Flood adding a second, duly sealed the deal on a first Premier Division title in 14 years for St. Patrick’s Athletic, as they beat Sligo Rovers 2-0 to jubilant scenes at Richmond Park.

A dramatic stoppage-time equaliser from Neil Yadolahi all but secured Bohemians’ Premier Division survival as they came from behind to earn a 1-1 draw with Dundalk at Dalymount Park last night.

Disappointment for Irish sides in Europe

St. Patrick’s Athletic came up way short of their own expectations as they bowed tamely out of the Europa League tonight.

Christy Fagan hopes the Europa League can bring out the best in him once again as St Patrick’s Athletic begin another continental adventure in Vilnius tonight against Zalgiris (7.10pm Irish time).

St. Patrick’s Athletic eased five points clear at the top of the Premier Division table as they beat UCD 5-0 to record their biggest win of the season and stretch their unbeaten league run to twelve games.

Captain Dave Mulcahy salvaged a big point for Bohemians as they came from behind to utterly frustrate title contenders St. Patrick’s Athletic in snatching a 1-1 draw at Richmond Park.

Three is the magic number for Sligo Rovers

Sligo Rovers made it three wins from three to move four points clear at the top of the Premier Division table with a comfortable 3-1 victory at Dundalk.

Ciaran Kilduff proved Shamrock Rovers’ supersub with a dramatic stoppage time winner as they beat Coleraine 2-0 at the Showgrounds for a 2-1 aggregate victory to set up a cracking Setanta Sports Cup quarter-final tie with Linfield.

Having been a late call- up to play in and lose the emotionally charged final of 1997, Declan Devine appreciated all the more his subsequent success in the FAI Cup, albeit in a coaching capacity, when Derry City won the cracking decider with tomorrow’s opponents, St. Patrick’s Athletic, in 2006.

Extending his goalscoring record for the club at the Aviva Stadium on Sunday would wrap up Mark Farren’s nine years at Derry City just nicely.

With a first title in 35 years glimmering like a beacon before them, Sligo Rovers boss Ian Baraclough is unperturbed his players are feeling a little nervous tension ahead of this afternoon’s potential title decider with St. Patrick’s Athletic.