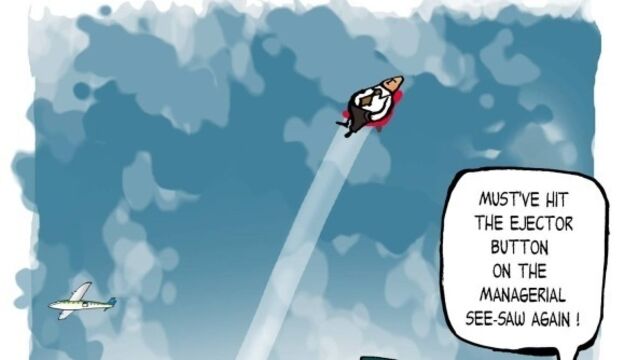 If the story is right, the most entertaining moments of Swansea City’s season have probably come in the club canteen.

England fans’ spokesman Mark Perryman has backed the appointment of Roy Hodgson as Fabio Capello’s successor, but warned supporters to forget any prospect of winning a trophy for at least four years.

Steve Bruce remains a major contender to become the next Wolves manager even though other candidates will be interviewed during the next 48 hours, it is understood.

Doyle: We’re in a good position to beat drop

Striker Kevin Doyle insists he never lost respect for sacked Wolves boss Mick McCarthy even though he was ousted as the club's first-choice striker by Steven Fletcher.

Wolves will start their bid to find Mick McCarthy's appointment in earnest today with bookmakers favourite Alan Curbishley set to be interviewed, it is understood.

The managerial vacancy at Wolves is a role that finally whetted the appetite of Alan Curbishley, according to his agent.

Sol Campbell tonight condemned Newcastle’s sacking of manager Chris Hughton and claimed the players will be asking: “What the hell is going on?”

Curbishley in frame for Villa job

It is understood that former Aston Villa player Alan Curbishley has emerged as one of the candidates to succeed Martin O’Neill as manager of the midlands club.

Curbishley plays down link with Fulham

Alan Curbishley feels he is unlikely to be offered the chance to return to Barclays Premier League management with Fulham.

HULL CITY are hoping Joe Royle will be the man to save their club from Premier League relegation.

Gary Megson and Alan Curbishley have emerged as the early favourites to replace the sacked Phil Brown as Hull manager.

West Ham have settled the claim for compensation from former manager Alan Curbishley.

FOR a man who claims to have West Ham in his heart, Lee Bowyer has a funny way of showing it.

WEST HAM are facing the prospect of a multi-million pound compensation pay-out after Alan Curbishley yesterday won his claim against the club for constructive dismissal.

Alan Curbishley has won his case for wrongful dismissal against West Ham after claiming he had no option but to resign.

SUNDERLAND chairman Niall Quinn has thrown his support behind manager Ricky Sbragia and dismissed rumours he is planning to replace him in the near future.

Alan Curbishley has expressed his interest in the vacant manager’s job at Sunderland after the departure of Roy Keane.

Parkinson in frame after Pardew axed

CHARLTON will hand Phil Parkinson the chance to stake his claim for the manager’s position after Alan Pardew was sacked following Saturday’s 5-2 home defeat to Sheffield United.

Arsene Wenger and Alex Ferguson believe the lack of support given to managers at some of the Barclays Premier League’s most ambitious clubs is hampering their efforts to challenge the established order.

Former Newcastle midfielder John Barnes believes Kevin Keegan was right to quit the club last week if transfers had been carried out without his consent.

Panto season as Man City lurk behind us

IN my youth, school days would pass with the agonising crawl of a John Terry train of thought.

THE shortlist of names in the frame to replace Alan Curbishley as West Ham manager appeared to shrink by two yesterday, after Slaven Bilic and Roberto Mancini distanced themselves from the position.

Pearce: 'Count me out of West Ham job'

England U21 boss Stuart Pearce has ruled himself out of the running for the vacant manager’s job at West Ham.

Portsmouth manager Harry Redknapp has praised Alan Curbishley for “sticking to his principles” – and insisted there is “no way” he would return to the West Ham hotseat as his successor.

Club board went over my head, says Curbishley

Alan Curbishley has blamed a "breach of trust and confidence" for his sudden departure from Upton Park today.

Alan Curbishley has resigned as manager of West Ham United.

ALAN CURBISHLEY believes the 15 years of praise he had as Charlton manager will sustain him through all the criticism he is enduring at West Ham.

Curbs calls for Bellamy to give Wales a miss

West Ham manager Alan Curbishley implored striker Craig Bellamy not to play for Wales next week after a 20-minute cameo which clinched a flattering 4-1 victory over Blackburn at Upton Park.

Youngsters Kyel Reid and Zavon Hines rescued West Ham from Carling Cup embarrassment against Macclesfield but the pressure still appears to be on manager Alan Curbishley at Upton Park.

West Ham boss Alan Curbishley admits he will need to sign another defender before the closure of the transfer window after revealing the club have accepted a bid from Sunderland for Anton Ferdinand.

Aston Villa boss Martin O’Neill has warned Liverpool he has not conceded defeat in his battle to keep Gareth Barry.

Bellamy to train with Cardiff

Not beautiful game but we’ve earned our place

LAST Wednesday was one of those special Stamford Bridge nights. The Liverpool fans were virtually silent throughout — they knew what was coming and it seemed that the Chelsea crowd knew too as we roared the team to Moscow.

Grant a man of 'integrity'

Avram Grant still believes in the integrity of the Barclays Premier League despite Alan Curbishley’s belief that it would be an injustice if Manchester United did not win the title.

WEST HAM manager Alan Curbishley insists he has no bias towards Manchester United and has slammed talk of favouring Alex Ferguson’s side as “ridiculous”.

Flamini’s Arsenal future to be resolved in next 48 hours

MATHIEU FLAMINI’S Arsenal future will be resolved in the next 48 hours.

CHELSEA are infuriated at recent comments from West Ham manager Alan Curbishley which heaped praise on Alex Ferguson and suggested it would be “a great injustice” if Manchester United fail to win the Premier League title.

Can Grant’s luck hold out?

WELL, what a great week that was to be a Chelsea fan! The Liverpool game was hilarious. We were awful and deserved nothing from the game — which is what made Riise’s intervention even more fantastic. Right in the middle of a rendition of “You’ll Ne-ver Wa-alk Al……oh”. Cue mental abandon in the Chelsea end. I still have the bruises.

AFTER narrowly avoiding relegation, most fans would celebrate a top-half finish with the sort of gusto usually reserved for Champions League winners.

ALAN CURBISHLEY last week called for his experienced players to spark his side back into action. But in the event it took young debutant Freddie Sears to breathe life into West Ham’s campaign.