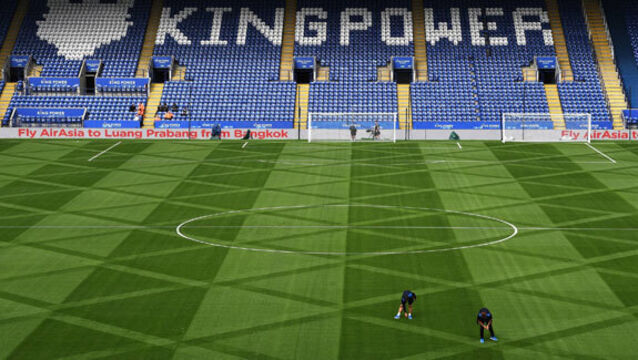 The 155-page Champions League rule book that clubs must follow

The day before Cork City beat Valur 2-0 in Reykjavik in 2007, Uefa&rsquo;s man on the spot held a roundtable meeting with officials of both clubs to ensure all the boxes for the Intertoto Cup game had been ticked. 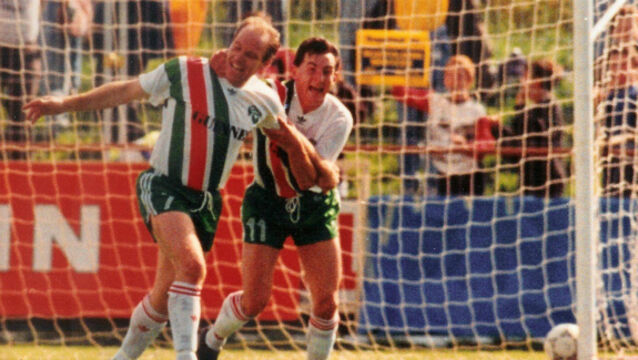 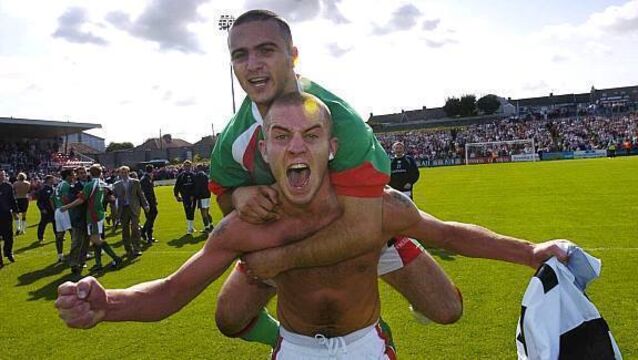 Cork City working on a dream

In an edited extract from his new book about the club, the Cork City stalwart Neal Horgan recalls the thrills and spills of European football which helped shape the celebrated title-winning team of 2005.

Toon not alone in trying to get hands on more Wonga

Wilfred Bouma is set to undergo further ankle surgery which will rule him out for the remainder of the season.

Bouma back in contention

Martin O’Neill has had no talks with Aston Villa owner and chairman Randy Lerner about a new contract.

ASHLEY YOUNG believes the Aston Villa players are “even hungrier” to clinch a Champions League spot after recharging their batteries in Dubai.

Bouma back in action

Aston Villa left-back Wilfred Bouma has made a return to competitive action after eight months on the sidelines through injury.

Aston Villa left-back Wilfred Bouma is finally set to make his competitive comeback after six months out of action with a dislocated ankle.

Aston Villa are to closely monitor the fitness of central defender Curtis Davies after the recurrence of a shoulder problem.

Gareth Barry will regain the captaincy of Aston Villa in the absence of Martin Laursen after the Danish defender was ruled out for two months.

Aston Villa manager Martin O’Neill will bid to strengthen his high-flying side in the January transfer window.

MARTIN O’NEILL fears fatigue may catch up with his Aston Villa squad this season — and believes a mini-winter break would be a helpful innovation for the Barclays Premier League.

Villa downed but not out

Martin O’Neill believes teenage striker Nathan Delfouneso is “knocking on the door” of Aston Villa’s Barclays Premier League side after scoring on his full debut in the UEFA Cup clash with MSK Milina.

ASTON VILLA are set to unleash their latest academy prospect in striker Nathan Delfouneso against MSK Zilina in UEFA Cup Group F tonight, with manager Martin O’Neill convinced he has the talent to make a major impact.

St Patrick’s Athletic midfielder Keith Fahey has signed a pre-contract agreement with Birmingham and will join the Coca-Cola Championship side on a three-and-a-half-year deal on January 2, 2009.

Martin O’Neill fears Aston Villa’s early start to the current campaign will end up taking its toll on his players.

United lick their wounds and plot their course

IT was a gesture which summed up Manchester United’s miserable mood. As Cristiano Ronaldo hobbled off to the now familiar chorus of jeers and catcalls, the Portuguese stared at one section of his detractors, raised a single finger and used another to jab repeatedly at his injured thigh. It encapsulated United’s overwhelming frustration and anger at the sense of an opportunity lost.

UEFA are set to agree to expand the European Championships from 16 to 24 teams, according to Franz Beckenbauer.

Curtis Davies has vowed to battle for his first-team place at Aston Villa after the arrival of Carlos Cuellar from Rangers.

Villa striker John Carew has committed himself to the club for a further 12 months, extending his contract which previously had two years left to run until June 2011.

Aston Villa manager Martin O’Neill has confirmed that midfielder Gareth Barry’s transfer to Liverpool could still be on.

Kind draws for City and Villa

Martin O’Neill has admitted he needs to bring in several quality players before the transfer window closes on August 31 – just for Aston Villa to “stand still” after last season’s achievements.

ASTON VILLA skipper Gareth Barry – a target for Liverpool throughout the summer – is to remain with the midlands club.

Nigel Reo-Coker insists Aston Villa manager Martin O’Neill will have “many leaders to choose from” if he has to find a replacement for midfielder Gareth Barry as skipper.

JOHN CAREW believes it is a 50-50 bet that Gareth Barry remains with Aston Villa.

Ashley Young used his lightning pace to ease Aston Villa through their Intertoto Cup encounter with Odense – but it was the speed with which he arrived after Wilfred Bouma got injured that he found hardest to cope with.

Martin O’Neill has urged Gareth Barry to remain with Aston Villa and claimed the midlands club want him more than Liverpool.

Manager Martin O’Neill has admitted that Liverpool target Gareth Barry could play some part in the second leg of Aston Villa’s Intertoto Cup third round tie with Odense at Villa Park tomorrow.

MARTIN O’NEILL has warned Liverpool he is ready to set a deadline for them to meet his valuation of want-away Aston Villa skipper Gareth Barry.

Martin O’Neill has warned Liverpool he is ready to set a deadline for them to meet his valuation of want-away Aston Villa skipper Gareth Barry.

Barry could play in Intertoto - O'Neill

Aston Villa boss Martin O’Neill has confirmed the club had a bid for David Bentley rejected by Blackburn while admitting the Gareth Barry situation is “unchanged”.

New Aston Villa signing Steve Sidwell is hoping the Intertoto Cup will provide him with a chance to showcase his skills in Europe after a season in the shadows at Chelsea.

ASTON VILLA outcast Gareth Barry returns to training today for the first time since his fall-out with boss Martin O’Neill over the Liverpool transfer saga.

Villa: Barry back in training

Aston Villa outcast Gareth Barry returns to training tomorrow for the first time since his fall-out with boss Martin O’Neill over the Liverpool transfer saga.

HAVING exited the Intertoto Cup on Saturday, Bohemians return to eircom League action tonight when they travel to the Carlisle Grounds to take on Bray Wanderers (kick off 7.45pm).

Bohemians bow out of Intertoto Cup

GEORGE O’CALLAGHAN is set to make a dream debut with Tranmere Rovers in a televised Merseyside derby friendly with Liverpool today just two days after completing his switch from Cork City.

Carew not looking to jump ship

Striker John Carew has intimated he would like to stay at Aston Villa for the rest of his career.

MARTIN O’NEILL has admitted it is “more important than ever” to bring in new signings now that skipper Gareth Barry’s future lies away from the midlands club.

Martin O’Neill has admitted it is “more important than ever” to bring in new signings now that skipper Gareth Barry’s future lies away from the midlands club.

Bohs secure place in second round of Intertoto Cup