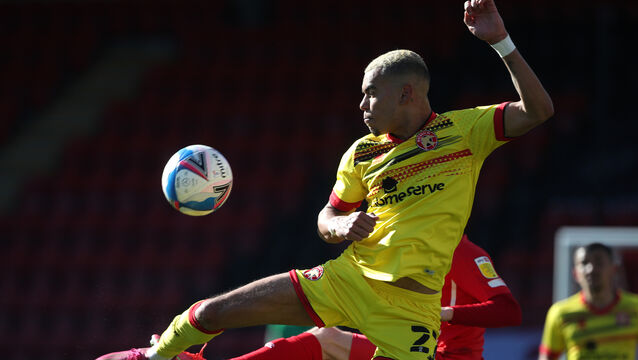 A teenager who sent an “outrageously disgusting” racist message to an Irish Aston Villa footballer via Instagram has been sentenced to a referral order – and told that any breach will result in him being locked up. 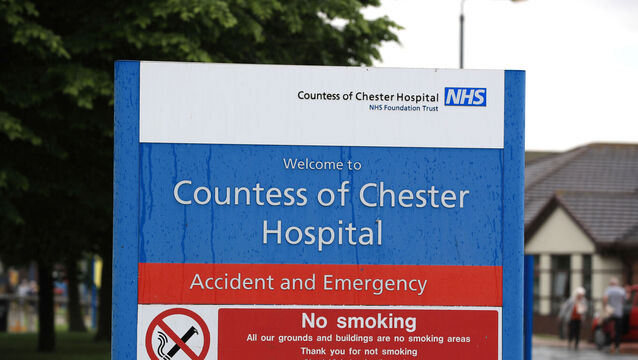 Lucy Letby, 31, entered not guilty pleas to the charges during a brief appearance at Manchester Crown Court 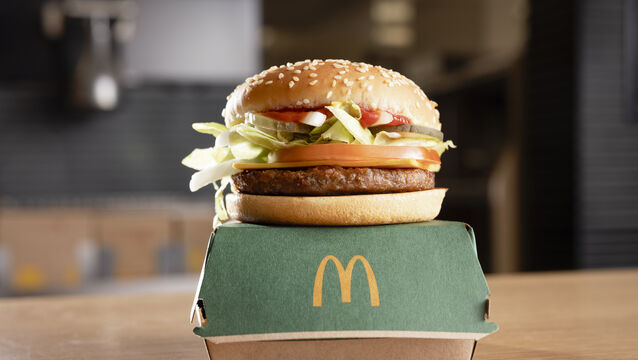 From 2023 all new furniture in McDonald’s sites will be made with recycled or certified materials, and will be designed to be recycled or reused when no longer needed

A woman with Down’s syndrome has vowed to continue her legal battle against the UK Government over legislation which allows the abortion of babies with the condition up until birth.

After a long search, the snake was found on top of a cabinet wrapped around a vanity mirror

An exquisitely detailed Japanese scroll depicting Samurai warriors in battle and measuring 15 metres in length is among thousands of museum exhibits being catalogued as part of an exhaustive inventory.

Four gang members who stabbed an “entirely unsuspecting” NHS worker in the street in a “brutal murder” have been jailed for life.

McDonald’s is finally offering a vegan burger in the Ireland after years of research to perfect a plant-based patty and vegan cheese slice.

A man has been jailed for 15 months after he drove a car half a mile down railway tracks, causing passenger delays of up to eight hours.

The footage shows Bahou-Jabour, who lives in Nottingham, approaching a couple in Colmore Row, Birmingham, at about midnight on July 10

Soman Noori, 26, was travelling on an evacuation flight from Dubai to Birmingham, having previously left Kabul, when she went into labour

Tom Cruise’s BMW was stolen while the Hollywood A-lister was filming in Birmingham. The X7 had been used to ferry around the star, who has been in the city recording scenes for the seventh instalment in the Mission: Impossible series.

The deaths are currently being treated as unexplained, police said.

An “uncaring” mother has been convicted alongside her then boyfriend of killing her three-year-old daughter, days after threatening to do so in a text message.

‘Wicked’ rapist jailed after campaign for justice by victim’s daughter

A “wicked” rapist whose 13-year-old victim became pregnant in the 1970s has been jailed decades after the crime, following a successful prosecution pursued by his victim’s daughter.

The sister of a Birmingham pub bombings victim has said she believes they are “closer than we ever have been” to a public inquiry after a meeting with the UK Home Secretary.

The proposals, which the Prime Minister said would allow Northern Ireland to “draw a line under the Troubles”, would also end all legacy inquests and civil actions related to the conflict

The British government is being urged to explain to the families of the Birmingham pub bombings victims why it wants to “close the book” on the case.

A £5,000 reward is being offered for information about the suspected murder of a newborn baby whose body was found in a West Midlands canal in the UK.

Dozens of arrests made after 2,000 flock to rave in English countryside

Sussex Police said that, at its height, up to 2,000 people were present at the “large unlicensed music event” in Steyning, West Sussex, on Sunday

A Tory MP is facing trial accused of sexually assaulting a 15-year-old boy in 2008, it can now be revealed.

UK Industry leaders have spoken out over possible compromises on food standards, while farmers fear they could be undercut by cut-price imports.

The UK police said it found a huge bank of around 100 computer units as part of what is understood to be a Bitcoin mining operation.

It comes despite nobody ever being convicted over the cover-up following the tragedy, in which 96 Liverpool fans died at the 1989 FA Cup semi-final

In all, 20 shots were fired, as well as a Taser, by six officers, according to evidence given at Khan’s inquest by Detective Chief Inspector Dan Brown, who led the investigation into the atrocity.

A string of failures led to the deaths of two young people in a terror attack at London’s Fishmongers’ Hall after authorities were blinded by their killers’ “poster boy image”, an inquest jury has concluded.

William 'Bill' Shakespeare, who died after suffering a stroke, was proud of being one of the first to receive the vaccine, his wife Joy said.

The baby boy’s death followed separate discoveries of an abandoned newborn in a Birmingham park and a youngster who was found dead in a Morrisons car park in Bilston last month.

A newborn baby has died after being found in a canal in the West Midlands in the UK. Police said the baby boy was discovered in a waterway in Rough Wood Country Park, off Hunts Lane in Walsall, on Thursday afternoon and has been declared dead.

A handwritten letter by children’s author Roald Dahl which reveals his secrets to good storytelling is set to go on sale at auction.

Debenhams is to shut its doors for the final time in its 243-year history.

Former Debenhams workers in Ireland have been calling for a greater redundancy settlement from the retail giant's joint liquidator, KPMG, and have been demonstrating since April 9 of last year.

Ex-Aston Villa star Dalian Atkinson died after being tasered three times and kicked at least twice to the head by an “angry” police officer, a murder trial jury has heard.

The youngster, believed to be full-term, is thought to have been only hours old when found

Simon Silwood, 49, is accused of sending an offensive message to West Bromwich Albion midfielder Romaine Sawyers via social media in January of this year

A pilot and a young child died when their plane crashed during a skydiving exercise, an inquest heard. Neil Bowditch, 47, and seven-year-old Kacper Kacprzak, who was sitting in the co-pilot seat, were killed during the accident in Ireland in May 2018.

The technician, who was the front passenger of the vehicle, died at the scene, West Midlands Ambulance Service said

The rabbit, named Darius, was awarded a Guinness World Record for being the biggest of its kind.

Police are trying to find the mother of a newborn baby who has been found dead on a supermarket car park in England.

A two-week-old baby boy has died after his pram was hit by a car in the UK.

Elderly woman dies after being attacked by escaped dogs

A woman in her 80s has died after being attacked by two escaped dogs in the West Midlands.