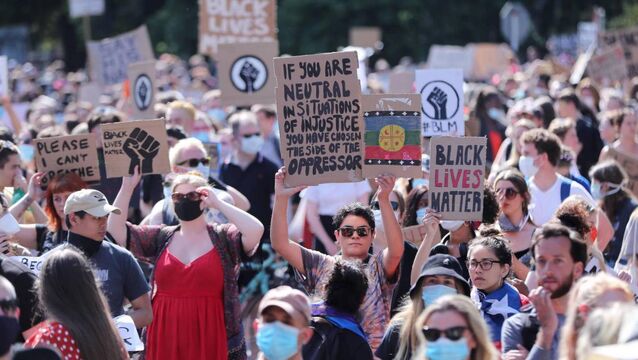 Thousands of people marched through Dublin city centre in a peaceful protest in solidarity with the Black Lives Matter movement in the United States. 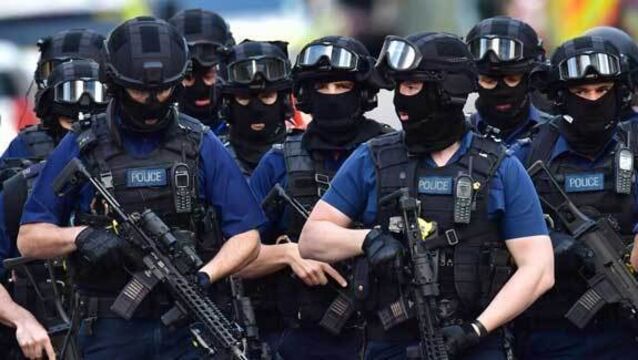 Police carry out controlled explosion near US Embassy in London

A controlled explosion has taken place near the site for the new US embassy in London, after police attended a report of two unattended vehicles. 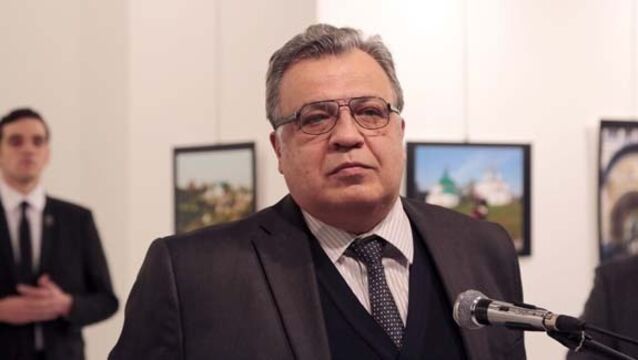 Russian officials investigating the assassination of their ambassador to Turkey have vowed that the killing would not disrupt efforts to repair the two countries' relationship.

Man arrested in connection with deaths of Irish soldiers

A Cork woman whose father was killed in a peacekeeping mission in Lebanon in 1980 said the arrest of his accused killer in the US is the first step toward justice.

Taoiseach: US business calls not all 'what you might expect'

The Taoiseach Enda Kenny has hinted that he may just be regretting his now infamous "call me anytime" remarks to business leaders in Washington.

Thousands of Iranian protesters packed the streets outside the former US Embassy in Tehran in the biggest anti-American rally in years.

Mexico City authorities say they have arrested a police officer and another man in connection with the abduction and killing of 12 young people, who were taken in May from a bar near the US Embassy in broad daylight.

Protestors demonstrate in Dublin over Manning

The Irish Anti War Movement is holding a protest outside the US Embassy in Dublin this evening calling for Chelsea Manning to be released.

Police in Bahrain’s capital have raided a boys’ high school and fired tear gas in clashes with students angry over a fellow pupil’s arrest the day before.

Cairo clashes erupt ahead of rally

Egyptian protesters and police have clashed in Cairo ahead of a massive rally by opponents of Islamist president Mohammed Morsi demanding he rescinds decrees that granted him near-absolute powers.

'Argo' holds your attention in a vice-like grip

Fiction couldn’t be any stranger than the truth in Argo, based on real-life events following the 1979 storming of the US Embassy in Tehran.

Angry demonstrations against an anti-Islam film spread to their widest extent yet today, targeting British and German embassies and clashing with security forces around the Middle East and other Muslim countries.

Protests have started breaking out in parts of the Muslim world against an anti-Islam film which prompted violent protests at US embassies in the Middle East earlier this week.

Chanting “death to America,” hundreds of protesters angered by an anti-Islam film stormed the US Embassy compound in Yemen’s capital and burned the American flag today, the latest in a series of attacks on American diplomatic missions in the Middle East.

Protesters angered by an anti-Islam film have stormed the US Embassy compound in Yemen’s capital, two days after America’s ambassador was gunned down at the US Consulate in Libya.

Occupy Dame Street to camp outside US Embassy

Protestors with Occupy Dame Street have said they will camp outside the American Embassy in Dublin this afternoon.

A lone gunman was shot and captured after launching a terrorist attack outside the US Embassy in Sarajevo today.

Attacks in Afghanistan 'up 39%'

The monthly average of armed clashes, roadside bombings and other violence in Afghanistan is running 39% ahead of last year’s figure, the United Nations reported, with more complex suicide operations involving multiple bombers and gunmen.

Attacks in Afghanistan 'up 39%'

The monthly average of armed clashes, roadside bombings and other violence in Afghanistan is running 39% ahead of last year’s figure, the UN has reported, with more complex suicide operations involving multiple bombers and gunmen.

Taliban strike at heart of Kabul

The Taliban attacked the US Embassy, Nato headquarters and other buildings in the heart of Kabul today while suicide bombers struck police buildings.

911 protesters burn US flag at US Embassy in London

Protesters outside the US embassy in London set fire to a US flag during a minute’s silence held to mark the moment when the first hijacked airliner hit the World Trade Centre in New York 10 years ago.

Busy schedule for Obama in Ireland

Here is how President Barack Obama will spend his 24 hours in Ireland.

Motorists are being warned to expect major traffic restrictions in Dublin city on Monday afternoon, during an address by the US President Barack Obama.

Thousands of Indonesian muslims rallied outside the US Embassy in Jakarta today to denounce a US church’s plan to mark the anniversary of the 9/11 attacks by burning copies of the Koran.

General David Petraeus, the new commander of US and Nato forces in Afghanistan, called for unity today in the civilian and military effort to turn back the Taliban and stabilise the troubled country.

Petraeus takes command of US forces in Afghanistan

An Afghan man working for the United Nations was shot and killed in his vehicle today near a busy traffic island in Afghanistan’s capital, the world body said.

Protestors demonstrate in Dublin against US death penalty

A demonstration is getting underway outside the US Embassy in Dublin calling for the death penalty to be dropped.

IRANIAN security forces beat anti-government protesters with batons yesterday on the sidelines of state-sanctioned rallies to mark the 30th anniversary of the US Embassy takeover.

Iran cracks down on anti-government protests

Iranian security forces attacked anti-government protesters on the streets of Tehran today as state-sanctioned rallies to mark the 30th anniversary of the US Embassy takeover took place nearby.

Iranian riot troops attacked anti-government protesters with batons and tear gas today during state-backed rallies marking the 30th anniversary of the storming of the US Embassy in Tehran.

End of an era

ON a spring day nearly two years ago, Senator Edward Kennedy sat on the porch of his sprawling Hyannis Port home with a friend of five decades, Edmund Reggie, father of Kennedy’s wife, Vicki. The two men gazed out at the ocean that has been such an anchor in Kennedy’s life and talked about the future.

US president Barack Obama will deliver a major speech today, laying out his long-term goal to rid the world of nuclear arms.

London protesters call for shoe thrower to be freed

Protesters waving shoes outside the US Embassy in London today demanded the release of “courageous” Iraqi journalist Muntadar al-Zaidi.

Blasts heard at US Embassy in Yemen

Explosions and gunfire have been heard around the US Embassy in the Yemeni capital San'a, officials said today.

Suspicious package found at US Embassy in Dublin

Army bomb disposal experts are examining a suspicious package found at the US Embassy in south Dublin.

The youth wing of the Labour Party is boycotting a special reception at the US Embassy in Dublin today.

Rocket attack on US embassy

A police chief said today a blast at the US Embassy in Athens was an "act of terrorism" caused by a rocket fired from the street.

Gunmen in military uniforms today kidnapped shopkeepers and bystanders from a major commercial area in Baghdad, while nearly 30 people were killed or found dead elsewhere in Iraq.

Attackers killed after Damascus car blast outside US Embassy

Syrian security forces killed three attackers, the government said, after gunmen apparently blew up a car outside the US Embassy and exchanged fire with Syrian guards today.

Damascus: Car bomb and gunfire outside US Embassy

Gunmen apparently blew up a car outside the US Embassy and exchanged fire with Syrian guards in a bold attack inside the diplomatic neighbourhood in Damascus today.

Two US soldiers among 10 killed in Kabul suicide blast

An American military convoy was the target of a massive suicide car bombing that killed at least 10 people including two US soldiers in the Afghan capital today.

A massive explosion today near the US Embassy in the Afghan capital tore apart a military vehicle and killed at least three people, including two US-led coalition soldiers.

Hundreds of anti-US protesters today broke through a protective police cordon and marched to the entrance of a convention centre in Kuala Lumpur where US Secretary of State Condoleezza Rice was meeting with other foreign ministers.