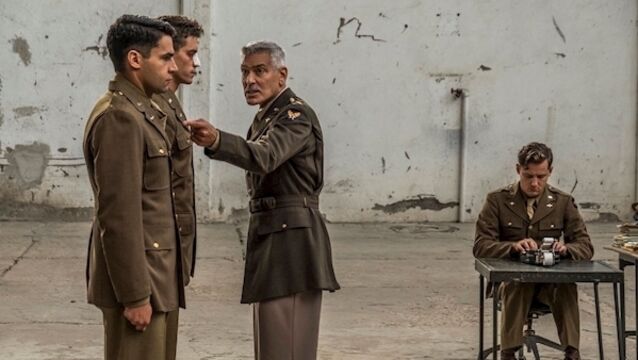 When war gets absurd: George Clooney returns to the small screen with Catch-22

McDonalds at 5am? Barca is no culture club for Baggies 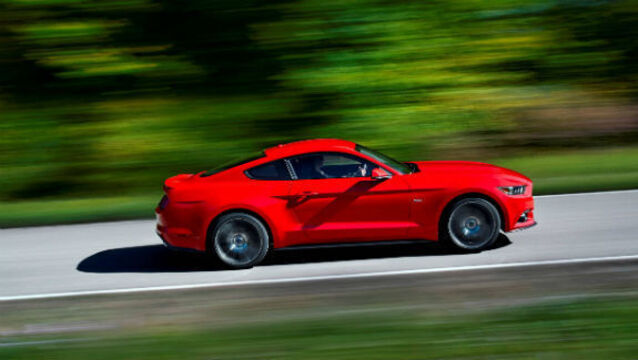 Ford Mustang: The car that’s bigger than any popstar

The man suspected of carrying out the Washington mall shooting that left five people dead was "zombie-like" when he was captured, the police officer who spotted him has said.

A full State commemoration for Roger Casement was led by President Michael D Higgins at Banna Strand near Tralee yesterday.

Trident missile launch 'an honour and a burden'

The job in Britain of pulling the trigger that launches a 60-tonne Trident missile capped with up to 12 nuclear warheads falls on a father of three who describes it as &ldquo;an honour and a burden&rdquo;.

The action returns to Tipperary this afternoon, where Lieutenant gets the nap to end the meeting on a high for punters.

The crew of the L&Eacute; Niamh handed over to Italian authorities around 30 people smugglers during the ship&rsquo;s tour of duty in the Mediterranean Sea, which resulted in the rescue of 4,127 refugees.

Naval associations around the world are backing a campaign to ensure two Irish veterans are given bravery awards 53 years after they helped save a ship&rsquo;s crew during an explosion.

The call of duty is never an easy one, as Lieutenant Shane Mulcahy can bear testimony to.

Irish Naval crew on board the L&Eacute; Eithne used colouring books and toys to calm the fears of children they plucked from tiny boats floating dangerously in the Mediterranean.

Check out our guide to the best entertainment on TV tonight.

‘No evidence’ that BB King was murdered, say medics

Medical experts found no evidence that blues singer BB King was poisoned before he died, autopsy results have revealed.

Pair on trial over murdered backpackers in Thailand

The bodies of two British backpackers murdered on a beach in Thailand were found partially naked near blood spattered rocks, a Thai court has heard.

PSNI to probe six ‘On the Run’ IRA suspects

Police are reportedly investigating six key IRA suspects who received letters telling them they were not wanted.

The agony of the families of a captured journalist and fighter pilot is continuing after a sunset deadline for a possible prisoner swap allegedly set by their Islamic State (IS) kidnappers passed with no clue whether they are still alive.

Save my son: Japanese man's mother appeals to PM

“What has my child done wrong?...There’s no more time.”

The West Cork coastline has long been a favourite drop-off point for drugs traffickers as they&rsquo;ve seen it as an easy &lsquo;back-door route&rsquo; into Britain.

A 20-year-old man died after lightning struck 14 people at a popular Los Angeles beach and a golf course.

A two-year-old has been injured after vandals glued razor blades to equipment at a playground in Illinois.

When a horse does a number of things wrong through a race and still wins in a canter then you have to sit up and take notice.

Walsh and Nicholls team up with Tidal Bay

Paul Nicholls and Ruby Walsh will be reunited when Tidal Bay tackles the Hennessy Gold Cup at Leopardstown on Sunday.

The official death toll from a fire that tore through an old people’s home in Canada has climbed to 17 as emergency workers, some on their hands and knees, continued to comb through the ice-covered rubble.

Two die as stunt plane crashes in the US

A plane carrying a wing walker has crashed at a US air show, killing the pilot and stunt walker.

Death toll rises at US Marine base

Three people, including the gunman, have been killed in a shooting at Marine Base Quantico in the US state of Virginia, a base spokesman said.

A speeding sport utility vehicle taken without permission and carrying eight teenagers crashed into a guard-rail, flipping over into a swampy pond, killing five boys and a woman, state police said.

Mouse Morris insists it is “50-50” whether First Lieutenant contests the Ryanair Chase or the Betfred Cheltenham Gold Cup at next week’s Festival.

Trainer Mouse Morris would prefer to run First Lieutenant in the Betfred Gold Cup rather than the Ryanair Chase at Cheltenham next month.

South Africa’s top detective has been appointed lead investigator in the Oscar Pistorius case, replacing a veteran policeman who was charged with attempted murder in the latest shock development to hit a case being watched closely by the world.

Callinan: Killer will be brought to justice

The Garda Commissioner Martin Callinan told mourners at murdered Detective Garda Adrian Donohoe’s funeral that he and his colleagues are committed to bringing his killer to justice.

A US tour bus careered through a guard-rail along an icy road and several hundred feet down a steep embankment, killing nine people and injuring more than 20 others, authorities said.

At least 15 people, including a local police chief, were killed in a shootout between security forces and members of a radical Islamist sect in north-easter Nigeria, authorities said today.

Bobs proves his worth at Newbury

Bobs Worth showed his class with a convincing victory in the Hennessy Gold Cup at Newbury.

A 40-year-old man claiming to be married to Miley Cyrus has been arrested at her home.

About 220 Syrians, mostly civilians, were killed in a village in the rebellious Hama region when it was bombarded by helicopter gunships and tanks then stormed by militiamen who slaughtered some families, opposition sources said.

Looking ahead to federal Europe vote

Finally, with the head of Europe, Angela Merkel, along with EU President Barrosso, ECB head Draghi and other financial spokesperson, publicly advocating a federal Europe, I look forward to our Government and national media debating the pros and cons on such a radical path, especially when rejected in 2005 when it was put to the people of France and the Netherlands.

Houston 'had cocaine in her system'

Whitney Houston was found face-down in a bathtub with cocaine in her system and drug paraphernalia on the bathroom counter nearby, investigators revealed in the singer's final post mortem report.

Mutinous soldiers in Mali have taken over state television and announced that they have seized control of the government.

Nicky Henderson’s Bobs Worth stayed on best up the famous Cheltenham hill to claim the RSA Chase in the hands of Barry Geraghty.

Lieutenant all set for festival return

Mouse Morris is delighted with how First Lieutenant’s preparation is going as he prepares to bid for his second Cheltenham Festival triumph next month.

Hopes that bodies are on board sunken vessel

NAVAL divers will make efforts again today to search the 21-metre, steel-hulled trawler the Tit Bonhomme, which is lying in a gully near Adam’s Island at the entrance to Glandore Harbour, in the hope the bodies of its five missing crew will be found on board.

The families of two men feared drowned on the Tit Bonhomme trawler tragedy off Cork have lit candles and dropped flower petals into the sea in a heartwrenching visit to the crash site.