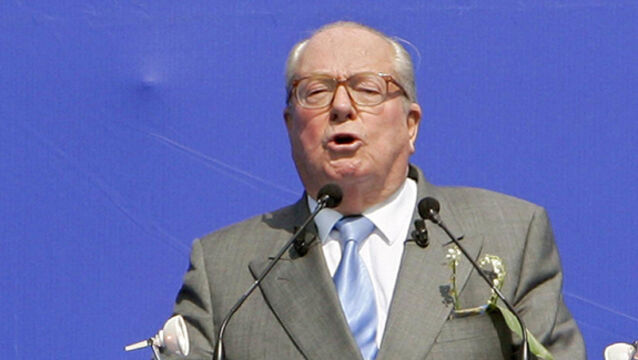 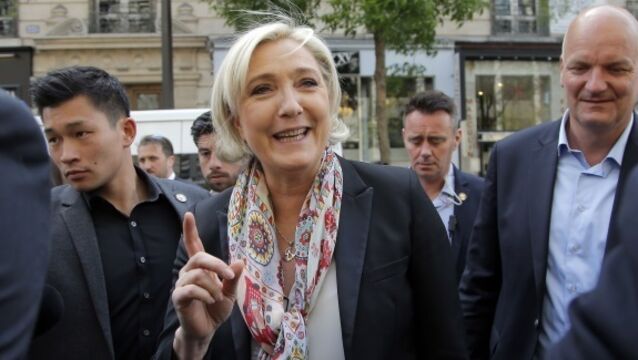 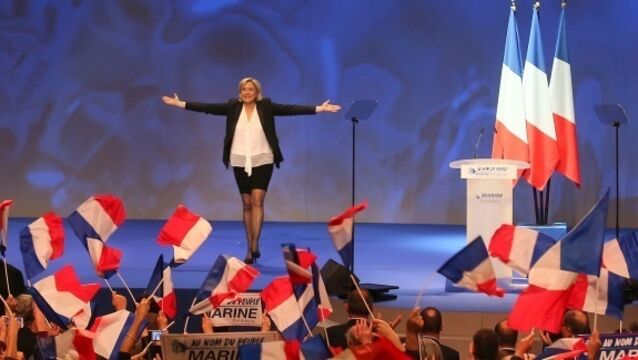 Le Pen has transformed the face of politics in France, writes Christine Ockrent

French elections mirror a growing trend away from traditional politics

France not responsible for round-up of Jews during WWII, says Le Pen

While the conservative candidate is likely to beat Marine Le Pen in a presidential run-off, the assumptions behind this can no longer be guaranteed, writes Hugo Drochon

Marine Le Pen has been cleared of charges of incitement to hatred after comments she made five years ago comparing Muslim street prayers to a foreign occupation.

France’s far right National Front has won more support than any other party in the first round of regional elections, according to polling agency projections.

French far-right leader Marine Le Pen has gone on trial over comments she made five years ago comparing Muslim street prayers to a foreign occupation.

In politics, the benefits of talking like a real person as Donald Trump does are questionable, especially in a winner-takes-all electoral system like the US, writes Leonid Bershidsky

Recently (Letters, May 11), Fergus O&rsquo;Leary defended his Conservative (with a big C) values and charged me with being one of those &ldquo;self styled liberals who perpetuate the myth that conservatives (note the small c) are all unreconstructed misogynistic xenophobes&rdquo;.&nbsp;

Ousted Le Pen to set up his own political group

France&rsquo;s far-right National Front founder Jean-Marie Le Pen, whose party membership has been suspended by his own daughter, plans to set up his own political group.

I refer to Dr Kevin McCarthy&rsquo;s letter (Irish Examiner, May 2). How tired I get of the intellectual smugness of self styled liberals who perpetuate the myth that conservatives (note the small &lsquo;c&rsquo;) are all unreconstructed misogynistic xenophobes.

France’s Le Pen hits back at daughter after suspension

National Front founder Jean-Marie Le Pen hit back at daughter and party leader Marine after she suspended him from the far-right French movement, saying he hopes she loses the 2017 presidential election.

The founder of France’s far-right National Front, Jean-Marie Le Pen, has decried the decision to suspend his membership in the party and the attempts to take away his title of honorary president for life.

A 500% increase in the number of home repossessions; the shooting of a&nbsp;former IRA commander; the&nbsp;appeal by a doctor found guilty of assaulting police officers while under the influence of a date rape drug; a special report on whether the recovery is starting to flower on the high street&nbsp;and how Cork learned traditional hurling formations were a thing of the past. Catch up with this evening's top&nbsp;and most read stories on irishexaminer.com.

If anyone is tempted to follow Jean-Marie Le Pen&rsquo;s recent attempt to minimise the awful reality of the Holocaust, by accepting his hateful claim &ldquo;that the Nazi gas chambers were a [mere] detail of history&rdquo;, perhaps they should listen to the chilling testimony of Oskar Groening, the Auschwitz official now on trial for complicity in the murder of 300,000 Jewish men, women and children.

Jean-Marie Le Pen, founder of France&rsquo;s far-right Front National (FN), said he would not seek its ticket to stand in regional polls later this year, taking some of the sting out of a damaging public row with his daughter Marine, the party leader.

The leader of France&rsquo;s far-right National Front launched an all-out offensive yesterdayagainst her father, Jean-Marie Le Pen, opposing his candidacy in upcoming elections and entering into an open war with the man who helped found the party more than four decades ago.

In Brazil, another generation of France&rsquo;s mix of &lsquo;black, blanc, beur&rsquo; (black, white, Arab) will try to unite the country through football, writes Eoin O&rsquo;Callaghan.

France’s Socialist government will not resign and will press forward with tax cuts and other reforms despite a record victory for the French far right in European parliament elections, the prime minister said today.

France’s far-right National Front made gains in municipal elections, sparking calls for left and right-wing parties to stop its advance.

French president Nicolas Sarkozy appealed directly to far-right voters with pledges to get tough on immigration and security, after a record showing in a first round election by the National Front made them potential kingmakers.

Socialist challenger Francois Hollande stamped his authority on the French presidential race yesterday, beating Nicolas Sarkozy in the first round of polling in which the far right also made major gains.

Socialist Francois Hollande and conservative President Nicolas Sarkozy are heading for a run-off in the race for France’s presidency, according to partial official results after a first round of voting today.

President Nicolas Sarkozy pulled ahead of his Socialist rival for the first time in France’s election race yesterday, according to a poll held after the right-winger took a strident anti-EU turn.

The founder of France’s far right National Front party has been convicted of contesting crimes against humanity for saying the Nazi occupation was not “particularly inhumane”.

Tens of thousands take to streets for May Day rallies

TENS of thousands took to the streets across the globe for May Day yesterday, to press for workers’ rights amid tough economic times and to back an array of other causes.

Conservative President Nicolas Sarkozy’s party took a drubbing in local elections, seen as a test ahead of next year’s presidential vote, and the far-right National Front left its first footprint in France’s smallest administrative districts.

FRANCE’S far-right National Front party has elected the daughter of its founder, Jean-Marie Le Pen, as its new president.

France's far-right National Front party has elected the daughter of its founder, Jean-Marie Le Pen, as its new president.

Dutch anti-Islam politician Geert Wilders went on trial for alleged hate speech today, even as his popularity and influence in the Netherlands are near all-time highs.

Jean-Marie Le Pen, the leader of the far right National Front, said he will not run in France’s presidential election in 2012.

President Nicolas Sarkozy suffered a national beating by voters who took their frustrations over the economic crisis to the ballot box and clearly favoured his leftist challengers in regional elections.

FRANCE voted yesterday in regional polls forecast to punish Nicolas Sarkozy’s ruling party, the last ballot-box test of his popularity ahead of the 2012 presidential election.

Far-right French leader Jean-Marie Le Pen’s daughter today announced she will attempt to succeed her father as head of the National Front party.

FRENCH culture minister Frederic Mitterrand is facing calls for his sacking over a growing scandal involving an old admission that he had paid for sex with boys.

THE budget is still nearly three weeks away and speculation is already mounting about the Government’s ability to get it through the Dáil. Against all expectations when this government was formed, the Greens have developed a limpet-like grip on power. Only grim death will separate them from ministerial office, it seems.

French far-right firebrand Jean-Marie Le Pen plans to retire from politics before the next presidential race in 2012, a magazine reported today.

Cowen ‘respects’ our verdict but refuses to rule out new referendum

THE only reason the Lisbon Treaty is not being renegotiated is because Brian Cowen failed to carry out his democratic mandate to represent the wishes of the Irish people to his European partners.

I LISTENED to the Taoiseach’s speech in the Dáil on Wednesday as he addressed the response of his political counterparts in other European capitals to the Irish people’s rejection of the Lisbon treaty.

Cowen: No vote is not a rejection of Europe

EU treaty: SF and Le Pen ‘on the same side’

SINN FÉIN becomes furious when it is pointed out that the party is on the same side as Jean-Marie Le Pen’s National Front on the Lisbon Reform Treaty.