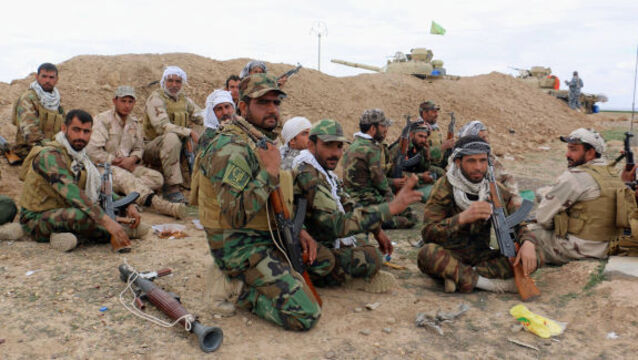 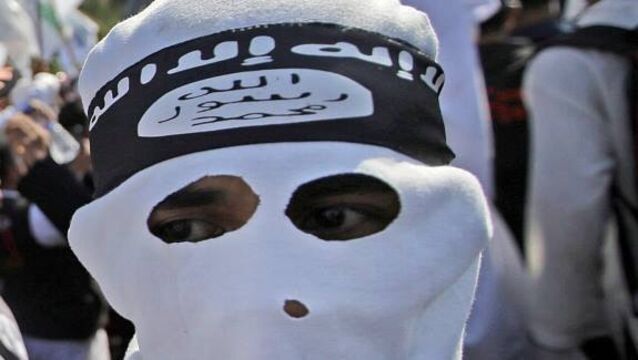 More UK trainers to fight IS

Britain is to send a further 125 Army trainers to Iraq to help with the fight against the Islamic State terror group, prime minister David Cameron has announced. 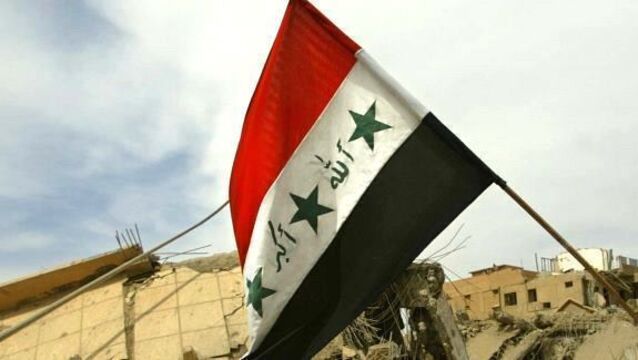 Tariq Aziz, the debonair Iraqi diplomat who made his name by staunchly defending Saddam Hussein to the world during three wars and who was later sentenced to death as part of the regime that killed hundreds of thousands of its own people, has died in a hospital in southern Iraq, officials said. He was 79.

Iraq asks US for air support in bid to halt rebels

A car bomb explosion tore through a crowd of Shiite pilgrims returning home from a religious commemoration in Iraq killing at least 20, officials said.

President Barack Obama will mark a promise kept in a speech today, declaring the end of America’s combat mission in Iraq and wagering the wobbly Baghdad government can hold together against a still-dangerous uprising.

Iraq’s oil minister began counting the money from the country’s second post-war oil auction that was shunned by most international companies.

American forces killed the head of a Syrian network that funnelled fighters, weapons and cash into Iraq during the cross-border helicopter raid, according to a US anti-terror chief.

Turkey today insisted that any cross border raid into Iraq would be a military operation and not an invasion.

US intelligence agencies have written a mixed report on Iraq, finding some progress but judging that the Baghdad government may not be able to carry it forward, a defence official said today.

US 'projects in Iraq are failing'

An Iraqi power plant rebuilt with tens of millions of US dollars fell into disrepair once transferred to the Baghdad government, according to the US office that tracks reconstruction spending.

US general: Early withdrawal would leave Iraq 'a mess'

As pressure builds for a change in Iraq policy, a top US commander there warned today that withdrawing troops too soon would leave the country “a mess”.

Iraq funding agreed by US House

Bowing to President George Bush, the Democratic-controlled Congress grudgingly approved fresh billions for the Iraq war, minus the troop withdrawal timeline that sparked his earlier veto.

House of Representatives to pass bill funding war only until July

The White House today acknowledged public frustration with the Iraq war but tried to play down Republican anxieties as the House of Representatives prepared to pass legislation that could cut off funding for US troops as early as July.

Terror leader warns Sunnis not to cooperate with govt

The leader of al-Qaida-linked militants in Iraq has warned against US attempts to convince fellow Sunni Muslims to back the Baghdad government, saying those who support Washington are “infidels” and would be killed, according to an internet audio recording.

Arab leaders were deeply sceptical today of the US plan for Iraq, a day after US Secretary of State Condoleezza Rice tried to sell it to them.

The annual Arab League summit was sharply divided even before it began in Sudan today, with late-night wrangling over the wording of the final declaration and the absence of a number of key leaders at a meeting meant to tackle the region’s tricky problems.

A Black Hawk helicopter believed to be carrying 12 people crashed in northern Iraq and killed everyone aboard, while five US Marines were slain in separate weekend attacks, the military said today.

Militants in Iraq tonight released a video of a Jordanian hostage, giving Jordan three days to cut ties with the Baghdad government and free a woman would-be suicide bomber involved in attacks in Amman.

Saddam trial 'will be over by end of year'

Saddam Hussein’s trial on war crimes charges will be over by the end of the year, Iraq’s justice minister said today.

At least 29 people were killed and another 40 injured when insurgents set off at least two car bombs and attacked a police station in a bloody assault on the Iraqi town of Samarra today.

Insurgents set off at least two car bombs and attacked a police station today in the central Iraqi town of Samarra, killing at least 19 people and injuring 23, according to police and health officials.

At least six people died and more than a dozen were wounded in the central Iraqi city of Samarra in a double car bomb attack and a mortar attack on the mayor’s office and a central market, Iraqi officials said.

FRENCH President Jacques Chirac has delivered a double blow to the US at the NATO summit in Turkey.

Disclosures about alleged links between Iraq and the al-Qaida terror group have so far been viewed with some scepticism, and been seen as part of an attempt to win over public opinion in the build-up to military action.

Iraqi VP: US could attack at 'any minute'

Iraq believes the United States could launch an attack at any moment, despite moves by Baghdad officials to expand their cooperation with the UN weapons inspectors.

Iraq’s vice president has accused United Nations weapons inspectors of spying for the US and Israel, after a surprise inspection of one of Saddam Hussein’s palaces.

INTERNATIONAL inspectors arrived at one of Saddam Hussein’s presidential palaces yesterday and demanded and received quick entry, in an early test of new powers to hunt for weapons of mass destruction in Iraq.

International weapons hunters crossed a threshold today, paying an unannounced visit to a military post once declared “sensitive” and restricted by the Iraqi government.

International arms inspectors revisited one of the “hot zones” of Iraq’s biological weapons programme today, peering into holding tanks and checking the ground and outbuildings to see whether military research had resumed.

Hi-tech gadgetry to be used in weapons’ search

UN arms inspectors will have a range of new detection equipment at their disposal compared to when their last Iraqi mission ended four year’s ago.

In a long, stern letter to the United Nations, Iraq’s foreign minister complains that the new Security Council resolution on weapons inspections provides a pretext for the United States to wage war against his country.

SADDAM HUSSEIN yesterday warned that anyone who attacks Iraq will die “in disgraceful failure” — as thousands of armed civilians marched through Baghdad in support of the Iraqi president.

Saddam: Anyone who attacks Iraq will fail

Anyone who attacks Iraq will die in ‘‘disgraceful failure,’’ President Saddam Hussein said in a televised speech today.

Iraq and Iran exchange bodies of POWs who died during war

IRAQ and Iran yesterday exchanged the remains of 1,736 soldiers who were captured during the 1980-1988 war and died in captivity, a further step toward normalising relations between the two neighbours.

Iraq shoots down US spy plane

Iraq has claimed that it has shot down an unmanned US spy plane in the north of the country.

Bush refuses to rule out attack on Iraq

US President George Bush has said he would consider a wide range of options to oust Iraqi dictator Saddam Hussein, ordering a review that could result in a showdown.