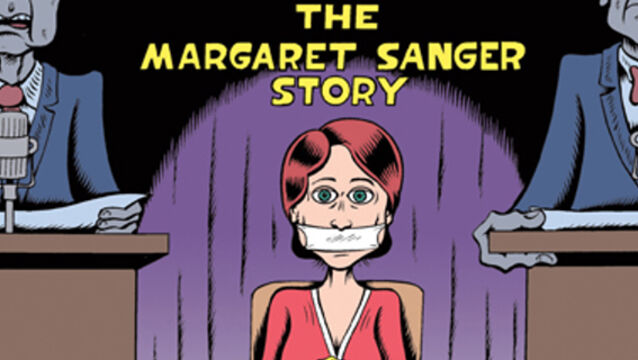 Comic biography of a true rebel with Cork roots

While the name of Margaret Sanger is largely unfamiliar on this side of the Atlantic, this daughter of Irish emigrants became one of the leading birth control activists in the United States and founded the Planned Parenthood movement. Her fascinating, event-filled life has recently been brought to life in the graphic biography Woman Rebel, a title taken from one of her pamphlets.

A man has been charged today with killing six members of his family, whose bodies were found bludgeoned to death in a home in Pennsylvania.

US police discovered six bodies in a Pennsylvania home, at least four of them wrapped in sheets and blankets in the basement.

The judge in Michael Jackson’s trial today cleared the way for another possible courtroom face-off between the singer and the boy accusing him of molestation.

The property manager at Michael Jackson’s Neverland ranch testified today that he was never ordered to hold captive the family of the boy who is accusing the pop star of child molestation.

Michael Jackson’s lawyers opened their case in his child sex and conspiracy trial by calling a young man who grew up knowing the pop star and denying a claim that he showered with the singer.

The jury in Michael Jackson’s child molestation trial was presented with more phone records today as prosecutors sought to bolster the conspiracy portion of the case against the pop star.

Prosecutors in Michael Jackson’s child molestation trial asked the judge today to admit into evidence two books seized from the pop star’s bedroom in 1993 that show pictures of nude boys.

Mother of Jackson children cleared to testify against him

The judge in Michael Jackson’s child molestation trial ruled today that prosecutors may call the mother of two of Jackson’s children to testify against him.

PROSECUTORS in the Michael Jackson molestation case lost a key battle when a judge refused their request to allow testimony from a domestic violence expert to explain why the mother of Mr Jackson's accuser lied under oath.

Prosecutors in the Michael Jackson molestation case lost a key battle when a judge refused their request to allow testimony from a domestic violence expert to explain why the mother of Jackson’s accuser lied under oath.

Kids are not to leave', said Jackson guard station note

THE comedy camp owner who first introduced Michael Jackson to his young accuser described yesterday how he visited the boy in hospital.

Michael Jackson’s lawyers today won permission to ask witnesses whether the boy accusing the singer of molestation once claimed that comedian George Lopez had stolen his wallet containing $300 and demanded the money back.

The teenager at the centre of abuse allegations against Michael Jackson said Jackson molested him five to seven times but could onlydescribe two of the incidents in detail, the lead investigator in the case testified yesterday.

Jackson accuser claimed he was molested up to seven times

The teenager who is accusing Michael Jackson of molesting him has said the singer molested him five to seven times but could only describe two of the incidents in detail, the lead investigator in the case testified today

Jackson may be $288m in debt, say prosecutors

Michael Jackson may be ”on the precipice of bankruptcy,” owing $288m (€214m), prosecutors at his child molestation trial told a judge today.

A judge has denied a motion for a delay in the child abuse case against Michael Jackson, clearing the way for the trial’s January 31 start.

In a highly unusual move, the judge in the Michael Jackson child molestation case ordered the district attorney to take the stand and explain why a private investigator’s office was searched.