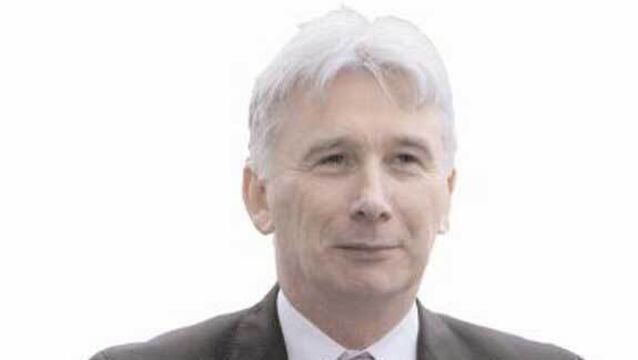 Corporate governance codes are not working

I heard an extreme sportsman on the radio the other day. His job involves jumping out of airplanes with a GoPro camera and skimming past cliff faces at incredible speeds. 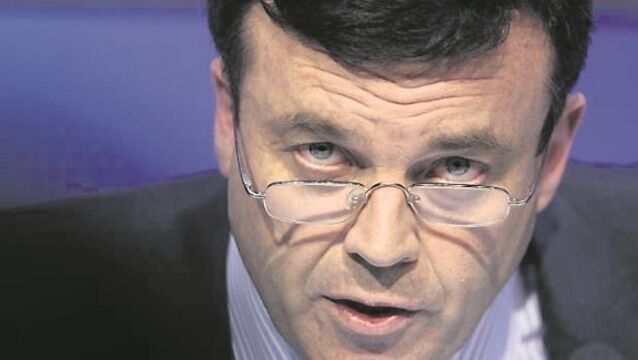 Playwrights best placed to peak behind the corporate curtain

Colin Murphy has been back raking over the coals of the banking crisis, with his latest play, Bailed Out, in effect, the sequel to Guaranteed, the story of how Ireland toppled into insolvency.

How the blame game has shifted to the auditors

Alex Gibney, an award-winning documentary maker whose work has focussed on Lance Armstrong, Julian Assange, and Enron, has found his most contentious topic yet.

MITT Romney did what he needed to do in last week’s US presidential debate.

Taxes and laws are only for the little people

The “Queen of Mean”, the late billionaire Leona Helmsley, is reputed to have once said publicly that “we do not pay taxes, only the little people pay taxes”. Mind you, that was before she spent time in clink on tax evasion charges.

The reaction to the seismic Mahon Report focussed on the villains of the piece — Ahern, Flynn, Lawlor, Burke and O’Callaghan — and their supporting cast.

It’s not only toxic — it’s driven by a right-wing billionaire who profits more from flipping land than drilling for gas. Is energy’s latest boon just another scam founded on hot air? Jeff Goodell reports

All The Devils Are Here The Hidden History of the Financial Crisis. Bethany McLean and Joe Nocera, Portfolio Penguin paperback €£10.99; Kindle £4.99

A warning from the future at Lansdowne Road

Sport has got it badly wrong in the new reality where people are going to count every cent, and the era of building big stadia, and expecting to charge high prices to fill them, is over.

The goddess of big things

The Shape of the Beast: Conversations with Arundhati Roy

THE decision to split Anglo Irish Bank into a funding bank and an asset recovery bank received a mixed response from economists who described it as “confusing” and lacking in clarity.

Lehman Brothers artwork to go under the hammer

Artwork which once adorned the walls of collapsed investment bank Lehman Brothers will go under the hammer next month in a £2m (€2.4m)sale, administrators of the business said today.

You think high-rollers who broke us will pay the price? Cop yourself on

WHAT was happening last week in Bray garda station? Is it possible that a process has started whereby former senior bankers, who have brought our economy to the precipice of insolvency, will face the four-letter ‘g’ word? Get a grip. Cop yourself on. Ireland doesn’t do gaol, it does golf. There is little imminent prospect of justice. We should not be surprised.

US unlikely to abandon war zones in its own self-interest

IN his letter headlined ‘Shannon stopover critics hide behind US security shelter’ (January 25), Jim Forde responds to the letter (January 18) from John Lannon of Shannonwatch who criticises what he believes is Ireland’s effective involvement in the Iraq and Afghanistan wars and the compromise of its neutrality.

Triumph for Law and Weisz at theatre awards

Jude Law and Rachel Weisz brought Hollywood glitz to the Critics’ Circle Theatre Awards today as they both scooped gongs for stage roles.

INVESTORS in a new firm created to run NAMA will take a big slice of any profits it makes — despite the state still having responsibility for the €54 billion of toxic land debts it soaks up.

YOU reported recently that the Government has received approval from Eurostat to treat the €54bn it is issuing in national debt to fund NAMA as something other than national debt.

Lehman wind-up may be 'far more complicated' than thought

Tony Lomas, partner at administrator PricewaterhouseCoopers (PwC), has worked on all the key financial collapses of recent times, from Enron and BCCI bank to MG Rover, but none have come close to the scale and complexity of Lehman Brothers.

NAMA is nothing short of economic treason

THE column by Brian O’Mahony headlined ‘NAMA delays would be bad for the country’ (August 8) was, to quote Judge Peter Kelly, “trespassing on fantasy”.

Question everything – let’s not have an Irish Enron

IT’S been quite a while, but GUBU is making a comeback. An acronym for grotesque, unbelievable, bizarre and unprecedented, the phrase was paraphrased from a comment by then Taoiseach Charles Haughey while describing a strange series of incidents in 1982 that led to a double murderer being apprehended in the house of the attorney general. It was a bizarre happening, an unprecedented situation, a grotesque situation, an almost unbelievable mischance.

Our republic is just over 60 years old. As you mature through life, you reflect on your own failures, errors and shortcomings. As a nation we need to face these with honesty. We have been too trusting and deferential to those on whom we have conferred authority

Our corrupt culture delivered ‘socialism for the rich

THE news that the Cork-Swansea ferry may be back this summer is certainly a boost for Cork and Kerry, and great credit is due to all those who have campaigned so hard to restore this vital service to our region.

The administration of the European arm of failed investment bank Lehman Brothers International (Europe) will be “10 times as large and more complicated” than dealing with the bankruptcy of the multinational Enron Corporation, administrators said today.

Free market economy waits for the lights to go out

ARTICLE 45 of our constitution states that “the operation of free competition shall not be allowed so to develop as to result in the concentration of the ownership or control of essential commodities in a few individuals to the common detriment”.

Stock markets on both sides of the Atlantic were braced for more turmoil today in the wake of the Lehman Brothers collapse.

The UK's biggest companies slid to more stock market losses today in the worst week for the FTSE 100 Index for more than six years.

More than 400 estate agents have been charged since March, including dozens over the past two days, in a crackdown on incidents of US mortgage fraud that stem from America’s housing crisis, the Deputy Attorney General said today.

A Los Angeles judge threw out a request for a new trial for an air charter service that was ordered to pay more than €12.5m for secretly videotaping Michael Jackson and his lawyers as the pop star was on his way to surrender on child molestation charges.

One of the UK’s largest power stations was sold today to French merger partners Gaz de France (GdF) and Suez.

For the big three credit rating agencies, growing criticism this past week that their ratings systems are flawed must have sounded like a familiar refrain.

Fallen media mogul Conrad Black will be sentenced for his role in a £3m (€4.1m) fraud, a judge ruled today.

Conrad Black to be sentenced

Fallen media mogul Conrad Black will be sentenced today after he was convicted of fraud and obstruction of justice.

The mother of one of the NatWest Three bankers today said her son had pleaded guilty to an Enron-related fraud with “deep reluctance”.

Lawyers for BP have objected to comparisons made between the British oil giant’s deadly 2005 plant explosion in the US and examples of corporate mismanagement such as Enron’s collapse.

Wall Street reached another milestone during a muted session today, when the Standard & Poor's 500 index briefly passed its record close of 1,527.46 for the first time in more than seven years.

AT Hollinger International’s 2003 annual meeting, Conrad Black tried to disarm critics who alleged that he and top executives enriched themselves at shareholders’ expense.

Just days before he was set to be sentenced, a former Enron executive’s fraud and conspiracy convictions have been overturned by a federal judge.

Richard Causey, the last of the top Enron Corporation executives to learn his punishment, has been jailed for five-and-a-half years for his role in one of the biggest corporate scandals in US history.

LAST week there was considerable alarm when a convicted paedophile escaped from Northern Ireland and headed South where he seemingly moved about freely even though the gardaí were notified of his presence.

Former Enron CEO Jeffrey Skilling, the most vilified figure from the most notorious financial scandal of the decade, was sentenced tonight to 24 years, four months in prison, the harshest sentence yet in the case that came to symbolise corporate fraud in America.

Former Enron Corporation chief executive officer Jeffrey Skilling, facing decades in prison for his company’s collapse, insisted he was innocent yet remorseful today as he appeared before the judge who will sentence him.

Ex-Enron CEO Skilling to be sentenced

After his conviction earlier this year for orchestrating one of the biggest financial scandals in US history, former Enron chief executive officer Jeffrey Skilling is to learn today how long he will have to spend behind bars.

A US judge has erased the conviction of Enron founder Kenneth Lay who died in July, wiping out a jury's verdict that he committed fraud and conspiracy in the months before his company's collapse.