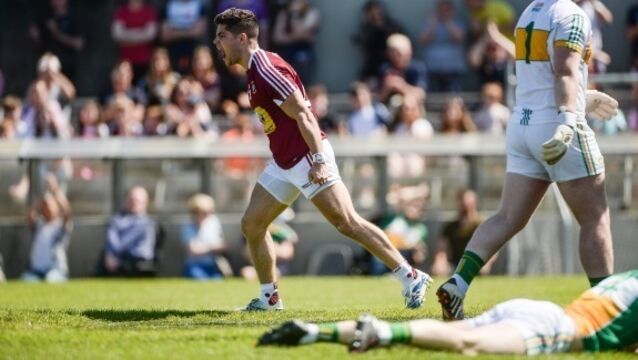 Back-to-back All-Ireland champions Dublin will face old foes Westmeath next weekend after Tom Cribbin's side edged out Offaly at the second attempt in the Leinster quarter-finals.

KENNY EGAN took a major step towards the world championships and, ultimately, next year’s London Olympics when he outpointed Tommy McCarthy (Oliver Plunkett BC) in a heavyweight semi-final that had its share of controversy at last night’s box-offs at the National Stadium.

Right hooks ease Hickey’s path after step up in weight

DESPITE missing a penalty after just five minutes, Ardfert kept their composure to beat Mullinahone in the Munster IFC semi-final at Cahir yesterday.

Crowley is injured again as Cork power past Tipp