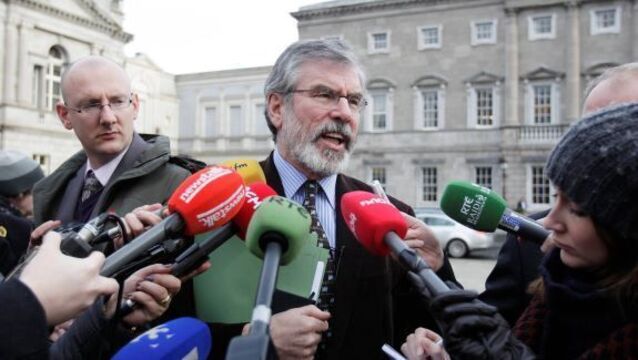 Adams defiant after being told of death threats

Sinn Féin leader Gerry Adams insists he will not be deterred from speaking out despite being given warnings of death threats. 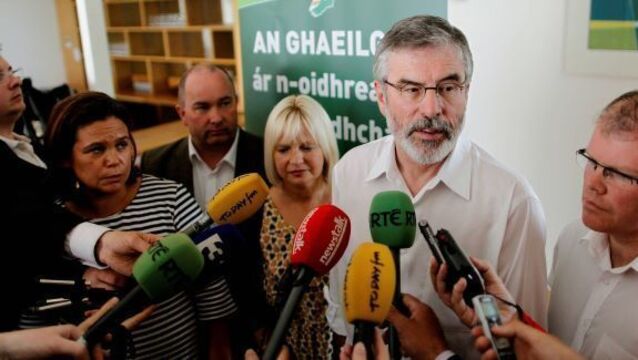 Adams: New death threat 'worrying, but I wouldn’t over-exaggerate it'

Gerry Adams has described the latest threat against his life as worrying, after the PSNI informed him a threat had been made. 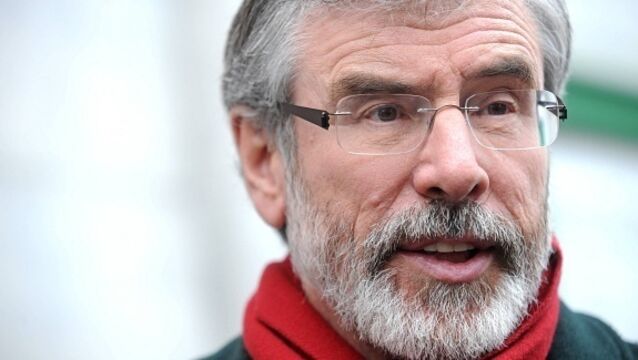 Sinn Féin leader Gerry Adams has said he has been warned about another death threat.

'No evidence' of RUC involvement in gun attack on Adams

The family of murdered solicitor Pat Finucane has accused the British government of stalling on a decision to hold a public inquiry into one of the most infamous killings of the Troubles.

An insult to those who died in bombings

THE reported wreath-laying ceremony by Queen Elizabeth at the Irish War Memorial Gardens at Islandbridge taking place on May 17, the 37th anniversary of the Dublin and Monaghan bombings, is a further insult to those who lost their lives at the hands of loyalist murder gangs.

Haunted by her troubles

History of feuds and massacres

THE Ulster Defence Association (UDA) was established in 1971 as a cover name for several loyalist organisations.

Loyalist killer sent back to jail

Loyalist paramilitary groups in the North have destroyed their weapons and pledged to respect democratic rule, it was announced today.

Three loyalist paramilitary groups in the North have started to decommission their weapons after painstaking behind-the-scenes efforts to secure disarmament.

Disgruntled members of the North’s two largest loyalist paramilitary groups have carried out attacks as the organisations move slowly away from violence, it was claimed today.

THE decision by the UDA to declare its war is over and to disband its cover group, the Ulster Freedom Fighters (UFF), was long overdue. Its announcement was followed by the assertion of a former UDA killer, Kenny McClinton, that “people in loyalist circles are driven by ideals and the defence of their country” and that the only reason the UDA ever existed was “to defend the loyalist community”.

The loyalist Ulster Defence Association must prove its vow to end all criminality and paramilitarism is for real, Martin McGuinness insisted today.

The Taoiseach is describing today's statement by the Ulster Defence Association as ‘significant’.

UDA and UFF to stand down all units at midnight tonight

The UDA has announced that its military wing, the UFF, is standing down all of its units from midnight tonight.

Adair calls for unionists to disarm

Loyalists in the North should decommission their weapons and disband their terror machines, one of their most notorious former leaders said tonight.

The leaders of one tribe now represent the hopes of another

Is there one place that whenever you hear its name, you automatically associate with Protestantism, loyalism and unionism?

Turning to Stone — Life as a loyalist hitman

DRAWN into militant loyalism from an early age, Michael Stone, 50, joined the infamous loyalist Tartan Gang at the age of 13 and by the age of 16 he had already been held in Belfast’s Crumlin Road jail for possession of firearms and membership of the Ulster Defence Association.

The murder of a top loyalist paramilitary was as barbaric as anything inflicted by the notorious Shankill Butchers gang 30 years ago, a Belfast inquest heard today.

Thatcher 'knew of UDR infiltration before she took office'

Margaret Thatcher was warned the British Army suspected the Ulster Defence Regiment was heavily infiltrated by Protestant extremists in the North four years before she became UK Prime Minister, it was claimed today.

Moving encounter should lead to rebirth of forum for reconciliation

DERMOT HACKETT was 37 years of age when, on May 23, 1987, he was gunned down as he drove his bread van along the Omagh to Drumquin road. He was hit by 15 bullets from a sub machine gun and was killed instantly.

Bid to have top loyalist returned to jail

Northern Ireland Chief Constable Sir Hugh Orde is seeking to have top loyalist Ihab Shoukri sent back to prison, it was revealed tonight.

Loyalist killer ‘was shielded by detectives’

Emigrants more likely to be jailed in Britain

Irish emigrants are more at risk of going to prison in Britain due to the advent of tough sentencing policies, it was claimed today.

FIFA officials have potentially set a precedent for overruling refereeing decisions after ordering Uzbekistan’s World Cup qualifier against Bahrain to be replayed.

Milltown Cemetery killer Michael Stone has been questioned about plots to murder prominent political figures during the 1980s, it emerged today.

Two teenage girls were facing life in prison today after being found guilty of the murder of a middle-aged man they accused of making an indecent proposal during a party.

UDA vows to work towards disarmament

Ken Barrett - who today pleased guilty to the murder of Belfast solicitor Pat Finucane - just nodded when asked to confirm his identity in court today, but when a series of charges, including Mr Finucane’s murder, were put to him, he replied quietly: “Guilty.”

A LOYALIST paramilitary working as a British security force agent was involved in a double murder during a bloody feud, it was claimed yesterday.

The Taoiseach has welcomed the extension to the UDA ceasefire.

Two men cleared of being involved with loyalist terrorist groups were facing lengthy jail sentences today after being convicted of firearms offences.

Hamas must pay for tearing up the road map

YOUR editorial comment on the tit-for-tat violence following the publication of the Middle East road map for peace was disingenuous (Irish Examiner, June 13).

Detectives investigating the murder of 21-year-old loyalist Alan McCullough today arrested a man in connection with the killing.

UDA challenged on reason for murder

SUPPORTERS of jailed loyalist Johnny Adair yesterday challenged the reasons given by the Ulster Defence Association for its killing of Alan McCullough.

The Ulster Defence Association commander suspected of sanctioning the murder of rogue loyalist Alan McCullough has gone into hiding, it emerged tonight.

Police confirmed today that they have found the body of an associate of leading loyalist Johnny Adair.

FRESH claims that the RUC colluded in a triple murder at a Belfast graveyard have sparked further calls for a full public inquiry into the North’s dirty war.