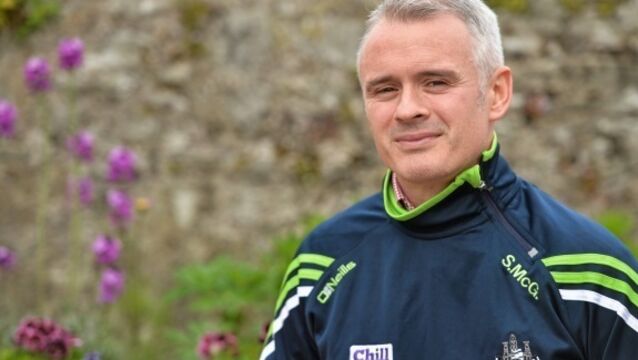 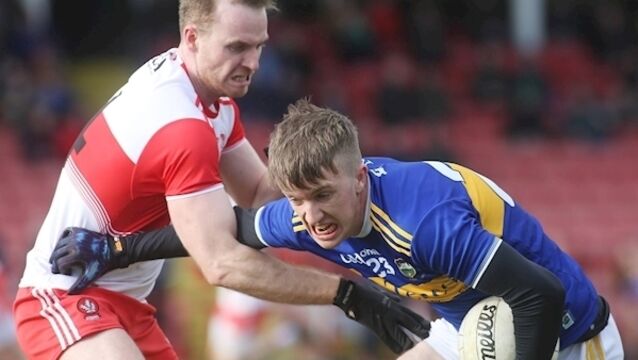 The games take place on Wednesday at 7pm. 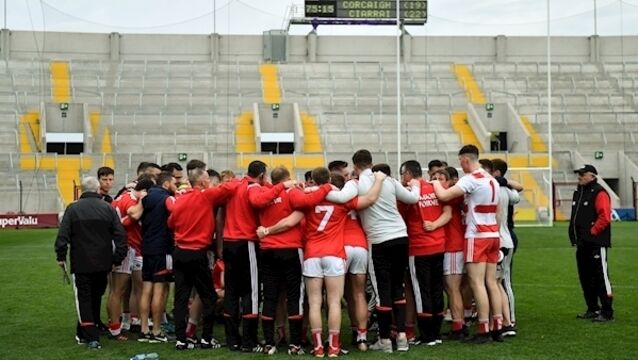 Next year’s Division 3 football counties are still awaiting word on whether they will have two ways of avoiding the proposed second tier championship.

Midleton and the Glen guaranteed to get pulses racing

Cork up and running but summer yet to catch fire

2018 may prove to be Brian Cody’s biggest challenge

I&nbsp;was driving home from an underage coaching day in Kilmacud Crokes in Dublin last Saturday when a friend texted me. &ldquo;Some Walsh Cup final in Nowlan Park,&rdquo; he said. &ldquo;It sounds like an epic.&rdquo;

GAA Show: The tactics and psychology of the novel All-Ireland final

Bumper preview of Galway v Waterford with a host of guests.

The big interview with Seanie McGrath: The epitome of Corkness

Clare have been a constant reference point in Seanie McGrath&rsquo;s adult life. Twenty years ago he made his championship debut, trash-talking with Anthony Daly on his way to five points. In 1999, the last Munster final between the two counties, he set up the winning goal. Then he was by Jimmy Barry-Murphy&rsquo;s side as a selector in a series of All-Ireland finals against the Banner in 2013. He even married a girl from Clare. But all the while, he&rsquo;s remained pure Cork.

Former Cork selector Seanie McGrath feels there&rsquo;s more pressure on Clare in this weekend&rsquo;s Munster hurling final because of their poor provincial record &mdash; but adds that Cork face the challenge of dealing with their favourites&rsquo; tag.

As I parked my car in Dr Morris Park before yesterday&rsquo;s game, the Moycarkey Pipe band were just tuning up before the U25 game.&nbsp;

Cork will have a good cut, but unlikely to spike Tipp ambitions

Cork will believe they can give Tipperary a fair rattle, writes Anthony Daly.

After Clare were well beaten by Cork in the 1998 league semi-final in Thurles, myself, Fergie Tuohy, and &lsquo;Sparrow&rsquo; O&rsquo;Loughlin went back to Powers in Clarecastle.

10 facts that haunt the Cork hurlers

Leaving Semple Stadium around 8.30pm on Sunday, the scoreboards at the Killinan and Town Ends still carried news of the day. They in themselves were damning enough of Cork&rsquo;s performance but when put into context their display becomes a whole lot worse.

Limerick hurling manager TJ Ryan has hinted at a centre-forward role for Gavin O&rsquo;Mahony in 2015.

Rising Rebels, Cork, have chance to impress in Mallow tonight

Another week, another huge haul from TJ Reid and, predictably, another big victory for star-studded Ballyhale Shamrocks.

Mark Landers was last night confirmed as the new coach of the Cork senior hurling team.

Glen Rovers are looking to bridge a generational gap as they bid for another Cork title tomorrow at Páirc Uí Chaoimh.

‘Age not a factor in picking your 15’

You know, of course, that Henry Shefflin, 35, has an autobiography coming out soon, a traditional indication that a player is approaching the end of his career.

Backroom must fight sense of anti-climax

The initial challenge for management when an All-Ireland final is drawn isn&rsquo;t conditioning or injuries, necessarily.

Cork County Board chairman Bob Ryan was forced to launch a vigorous defence of the decision to redevelop Páirc Uí Chaoimh at last night&rsquo;s county board meeting.

Cadogan close to being in frame for Cork opener

Cork selector Seanie McGrath says Eoin Cadogan will be given every opportunity to prove himself fit for the Rebels&rsquo; Munster championship opener against Waterford on Sunday week.

Ger Cunningham has been named on the Cork management team for 2014 — despite strong speculation linking him with the vacant Limerick position.

‘No quick fix’ for O’Sullivan after horror injury

Cork hurler Paudie O’Sullivan looks certain to miss the rest of the season after it was confirmed yesterday that he broke his fibula and tibia while playing for divisional side Imokilly against Cork IT on Tuesday.

Cody smiling as Cats finish with a flourish

In a long playing career with Cork, Seánie McGrath has seen a few sterling performances.

... is a very different animal to the Kilkenny full-back who has prowled his square and wore the famed No 3 jersey with distinction for more than a decade. Michael Moynihan took advantage of Noel Hickey’s downtime.

McGrath says Cork lack consistency, but not effort or maturity

Rebels with a caution

Cork hurling selector Seanie McGrath says the Leesiders are “taking absolutely nothing for granted” in tonight’s clash with Offaly in the All-Ireland SHC qualifiers at Páirc Uí Chaoimh.

Seanie McGrath’s first point is the significance of the loss of Donal Óg Cusack.

With the team having qualified for this Sunday’s league final against Kilkenny, most of the talk about the rise of Cork hurling has centred around the youngsters.

Only one injury for Cork as they prepare for Sunday’s Allianz Hurling League Division 1A final against Kilkenny, goalkeeper and captain Dónal Óg Cusack ruled out for the season.

The Cork senior hurling management are determined to allow teenage hurling star Darren Sweetnam to prioritise his studies for his Leaving Cert despite the Rebels’ Munster championship opener on June 24 occurring just days after the Dohenys player completes his exams.

Fitzgibbon Cup time is magic, on and off the pitch

There’s a standing joke here on the sportsdesk when it comes to the Fitzgibbon Cup weekend: tell the photographers to turn their backs on the action out on the field and focus on the personalities in the crowd.

Sean Óg at midfield as Cork give Sweetnam the nod