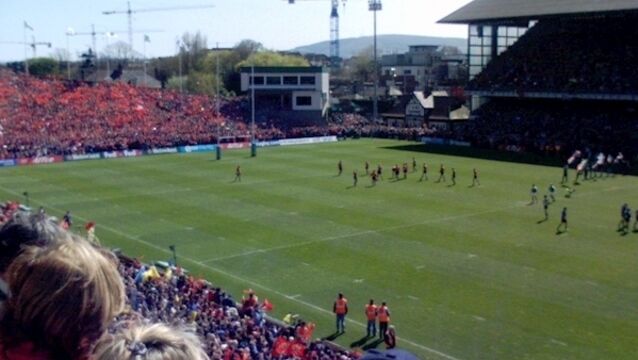 Donal Lenihan: Rugby’s biggest challenge won’t be on the pitch — but in the boardroom

If a week is a long time in politics, a month has proved an eternity for professional rugby, writes Donal Lenihan. 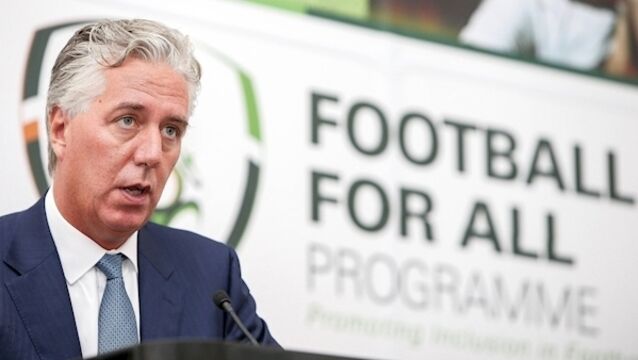 Reforming FAI: Is it a case of people before principled process?

Twenty-five years ago, this week, football in Ireland was on a high with the men’s national team having just returned from its second FIFA World Cup. In contrast, our rugby union team was in the middle of one of its poorest decades in history, never finishing outside the bottom two of the then Five Nations. 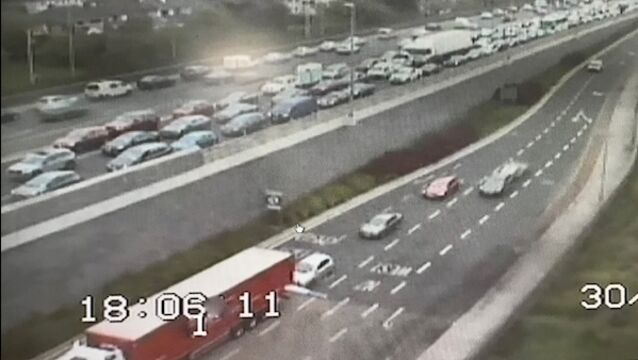 Two in hospital after collision involving truck and bus on N7

The incident involving a truck and bus happened on the N7 just after Newlands Cross yesterday evening.

Located just a couple of kilometres to the south-east of the famous Mitchelstown Caves, a 55-acre farm in South Tipperary offers a very interesting package to different potential clients.

Two men are due in court in Dublin today charged in connection with a large drugs seizure at Newlands Cross on Wednesday.

Joint owner Tadhg Bourke knew Baldonnel Goldie Larissa was a future champ when he saw her as a six-month-old calf.

An eight-year-old girl told garda&iacute; she thought her &ldquo;daddy was going to die&rdquo; when he was assaulted by an armed gang during an aggravated burglary in the family home, a court heard yesterday.

Mott McDonald’s Irish arm plunges back into the red

The Irish arm of engineering firm Mott McDonald plunged back into the red last year after the firm performed below expectations.

A father of one, who played soccer for Ireland as a teenager, has been jailed for three years for transporting €115,000 worth of cannabis.

A Pakistani chef who was forced to work seven days a week for pocket money, with just Christmas day off, has had a &euro;91,000 award against his employer restored by the Supreme Court.

No fowl play as swan taken into custody

Garda&iacute; had an unusual situation in Dublin on St Valentine&rsquo;s night when they were called out to sort out an awkward bird.

Sinn Féin: We haven't blocked the naming of flyover after Guerin

Sinn Féin have denied that they blocked any proposal to name the new Newland’s Cross flyover after Veronica Guerin.

Yet again the statement is made that now that the Newlands Cross interchange has been opened &ldquo;there are no traffic lights between Dublin and Cork&rdquo;.

Timelapse video shows the construction of the Newlands Cross flyover

The flyover is set to be opened tomorrow.

So the Newlands Cross flyover is set to open tomorrow to traffic ahead of schedule and to celebrate, YouTuber Dublin Bikerider has made a timelapse video of its construction from Dublin City Council cameras.

The long awaited Newlands Cross flyover in Dublin will open to traffic on Thursday.

The Newlands Cross upgrade on the N7 will be officially opened by Transport Minister Paschal Donohoe later.

Louis and Helen Fitzgerald gave themselves a four-fold pay increase last year to €1.9m as pre-tax profits increased by 21% at their Dublin-based pub and hotel group.

A man has been arrested over a hit-and-run incident in Dublin on Friday night in which a woman died.

Traffic disruption on the Naas road

Gardaí are warning that the N7 Naas Rd is reduced to one lane each way at Newlands Cross tonight.

The inbound carriageway on the N7/Naas road at Newlands Cross has reopened.

A water main at Newlands Cross in Dublin has burst for the second time in less than a week causing severe flooding in the area.

Green REIT is close to tapping the market for about €300m in funding to finance future investments, the Irish Examiner has learned.

Seven men have been charged in connection with an attack on the home of a Co Tipperary businesswoman.

Gardaí were last night questioning seven men in relation to an aggravated burglary in which a couple and their three children aged under eight were subjected to a “frightening” experience in their home.

Dramatic chase from Tipperary to Dublin results in two arrests

Ambulance incident sparks calls for audit of services across country

There have been calls for an audit of the country's ambulance service, after an ambulance broke down while taking a patient to hospital for a lung transplant.

Ambulance runs out of fuel while moving transplant patient

An investigation is underway after an ambulance carrying a patient from Cork to Dublin for a lung transplant, ran out of fuel.

The National Ambulance Service has launched an investigation after one of its vehicles apparently ran out of fuel while rushing a patient to hospital.

We view a selection of trading up homes from around the country.

More than 1,000 jobs are to be created in two road projects that will see the last major traffic bottleneck between Dublin and Cork removed.

The government has signed a €282m contract to upgrade parts of the N7 and N11.

Kenmare Shamrocks finally put Castleknock out of the All-Ireland Junior club semi-final at the third time of asking to book a spot in the decider fixed for GAA HQ on Sunday.

A traffic problem at New Ross in September was just one of the factors in the National Ploughing Championships move to a midlands venue for 2013.

Decision due today on children's hospital

A decision on the location of the new long-awaited National Children’s Hospital is due to be announced today.

A location for the new long-awaited National Children’s Hospital could be revealed as soon as tomorrow after it is discussed by the Cabinet.

The High Court has overturned a Labour Court ruling ordering an award-winning Dublin restaurant to pay an exploited migrant worker €86,000 in back pay.

The Minister for Transport, Leo Varadkar, has said the motorway budget has been restored by the Government stimulus plan announced today by the Minister for Public Reform.

Two men and a woman have been arrested by detectives investigating an armed robbery.

Bank staff and customers were treated for shock after a hold-up by armed robbers in Clondalkin this morning.

Gardaí are searching for two masked men who raided a Bank of Ireland branch in Newlands Cross, south west Dublin this morning.

Louis and Helen Fitzgerald gave themselves a four-fold pay increase last year to €2.28m as pre-tax profits flowed once again at their Dublin-based pub and hotel group.

Dear Big Phil, I write this letter to you in the faint hope that you would give me a straight answer without any spin or, shall we say, “uisce faoi thalamh”.

A publican has offered 80 acres of cut-price land a short drive from the Mater, close to key national roads and with an already working water and sewage system as a potential site for a new children’s hospital.

‘We must pull together on issue of children’s health’

The National Children’s Hospital is possibly the most important project to be developed in Ireland for the next 50 years and we have a responsibility to our children and future generations to get it right.

Back to the drawing board, but few clear answers are available

IT WAS the word all sides in the divisive children’s hospital location row were dreading — review. An Bord Pleanála’s decision to refuse planning permission is to be studied by a review body to be set up under the chairmanship of former HSE chairman Frank Dolphin.