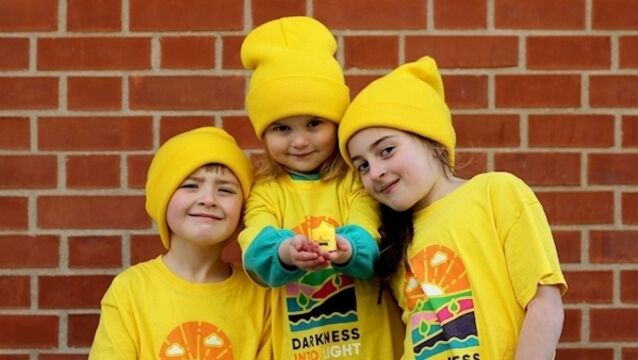 Darkness Into Light 2020 postponed due to Covid-19

Over 250,000 people were expected to take part in the annual event which raises money to help fund free counselling for those engaging in self harm or who have suicidal thoughts. 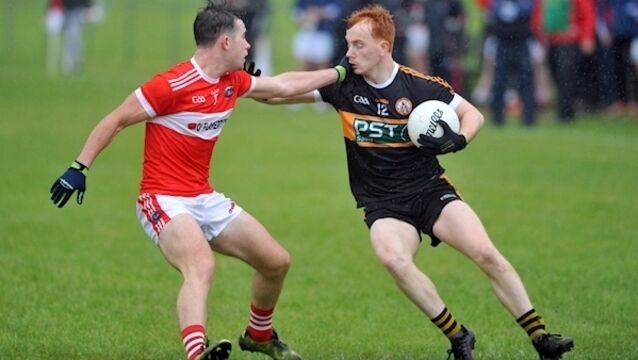 It is unusual to find a team heading into a provincial club fixture having not played championship in seven weeks. Then again, it is an unusual position Austin Stacks find themselves in. 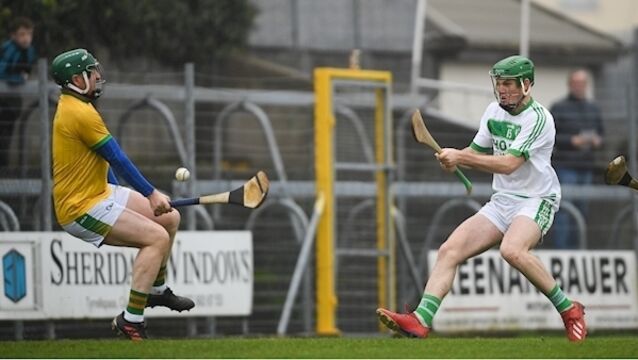 All-Ireland champions Ballyhale Shamrocks had to work hard to dispose of a gutsy Clonkill side in today's Leinster Club SHC quarter-final in Mullingar.

The Islands of Ireland: Island tales cobbled together on Cappanacush

Geaneys lead the charge as Dingle ease past Austin Stacks

Veteran Fine Gael TD John Deasy is considering working in the US after revealing he will quit the Dáil after the next general election.

The government's special envoy to the US Congress since 2017 made the announcement today.

The family of murdered prison officer Brian Stack will meet with Garda Commissioner Drew Harris later to get answers over his killing.

‘So then, what would Brud think of all this?’: Lahinch members reflect on course's transformation

A group of distinguished, older members of Lahinch Golf Club assembled outside the clubhouse earlier in the week and looked around in awe at the transformation that had taken place at the Irish Open venue.

The bitter feud in Fine Gael’s Waterford organisation which has exploded this week has been a long time coming.

Waterford Fine Gael TD John Deasy has demanded the local Fine Gael organisation be stood down as he hit back against a motion of no-confidence in him.

Kearns steps down as Tipp suffer defeat in Newry

Cory Quinn (3), Paul Devlin and Barry O’Hagan all landed points late in the half to send Down into round 2 and leave the home support relieved at the final whistle.

'I know exactly what Páraic is going through', says McGrath on Waterford crisis speculation

Being the son or daughter of a politician can get you elected, but may be an unfair point of comparison once you are in office, says Political Correspondent Elaine Loughlin.

Just like almost all of you reading this I have working molars and eye-teeth and I like to use them.

Late points from Conner Hegarty, Dylan Downes and Keith Smyth saw Clare over the line in a tight and tense curtain raiser in Walsh Park that was level seven times.

A 70th minute Keelan Sexton goal preserved Clare’s Division 2 status and, in the process, condemned both Cork and Tipperary to Division 3 football next spring.

A rose by any other name...: Remembering rose breeder David Austin

The name David Austin is synonymous with roses in the 20th century and beyond. He died peacefully at his home in December, and is fondly recalled by Peter Dowdall.

Liam McGrath pointed a 40-metre free five minutes into additional-time to gain Tipperary their first point after a hectic finish to an otherwise rather poor tie at Semple Stadium yesterday.

A cold and calculated performance from Waterford on a perishing afternoon in Thurles.

A new walking tour of Dublin city is to start today, run by homeless people.

Self-publisher still buzzing after a decade

Delores Keaveney is full of positive energy ahead of her 70th birthday and a decade on from publishing her first book. It’s now very much a family affair, she tells Margaret Jennings.

It was all around to Derek McGrath&rsquo;s house last Tuesday evening. From 5pm to 12pm, the players, management and backroom team reminisced, drank and sang on the day after the host signed off as Waterford manager.

Derek McGrath vows to ‘move on’ after ghost goal furore

Waterford manager Derek McGrath said he didn&rsquo;t confront referee Alan Kelly at the end of yesterday&rsquo;s game with Tipperary though his players were incensed by Kelly&rsquo;s awarding of a goal from a Jason Forde free in the second half.

&ldquo;Life is good,&rdquo; reports Peter Acheson down the phone-line from the United Arab Emirates.

Rock is still reeling over collapse to Déise

Diarmuid O&rsquo;Sullivan has admitted he&rsquo;s haunted by Cork&rsquo;s second-half collapse against Waterford last August and he acknowledged the management team got some big calls wrong.

Sergio Garcia and wife Angela named their infant daughter Azalea, after the 13th hole at Augusta National, where he made a career-changing par en route to his dramatic Masters victory in a sudden-death playoff in 2017. Now, that same hole, one of golf&rsquo;s greatest risk-reward decisions, is at the centre of golf&rsquo;s referendum on the distance debate.

Latest: The leader of the Labour Party, Brendan Howlin, says it's clear that any hope the new Sinn Féin leadership would herald the dawn of a new era has now disappeared.

Donal O'Grady: Cork were fired up for survival

Managers always want to see their best-laid plans reflected on the field, but yesterday at P&aacute;irc U&iacute; Rinn performance could take a back seat. In a relegation battle, it is only the result that matters, says&nbsp;Donal O&rsquo;Grady.

This Fermoy house was the water cooler moment of last week’s TV and our Peter Dowdall was behind the re-imagining of its gardens.

Noel Connors: Waterford will 'play to our strengths'

Soap bubbles with saucy plot: A day on the set of Ros na Rún

Esther N McCarthy gets a front-row seat in tonight’s episode of ‘Ros na Rún’. She talks to some of its key players.

Tipp back on track but wasteful Waterford on discovery mission

On a bitterly cold Saturday night in Semple Stadium, there wasn&rsquo;t a huge amount to warm the 6,363 in the stands, so little wonder that the swing in momentum halfway through the second half was the main topic of conversation afterwards.

Derek McGrath believes Austin Gleeson was too hard on himself in assessing his championship performances last year.

Southampton forward Charlie Austin has been charged with violent conduct after he kicked Huddersfield goalkeeper Jonas Lossl in the face.

Southampton 4 Everton 1:&nbsp;On the day Martin O&rsquo;Neill emerged as a leading contender to fill the vacancy at Goodison Park, Everton provided a clear illustration of the task confronting the successor to Ronald Koeman.

‘Joe was to Gaelic football what Ronaldo is to soccer’

So, what is the secret of longevity? writes Clodagh Finn.&nbsp;

British overseas territories in the Caribbean face being lashed by another major hurricane as they attempt to recover from the deadly devastation unleashed by Irma.

Watch: Meet some Waterford fans who made huge effort ahead of the All-Ireland final

Waterford fans have painted their town blue and white ahead of tomorrow's All-Ireland hurling final.

Sweeping tactical talk aside: McGrath on hurling’s tweaks and theories

Play the man, not the helmet

This year will surely go down in hurling lore as the Year of the Helmet. In an All-Ireland series marked by contentious helmet incidents, Austin Gleeson last weekend saw fit to give us one more: right in front of a linesman and right in front of a camera, arguably the most clear-cut incident yet.

Waterford were rejoicing last night as it was confirmed that Austin Gleeson has been cleared to play in the All-Ireland final, writes John Fogarty.