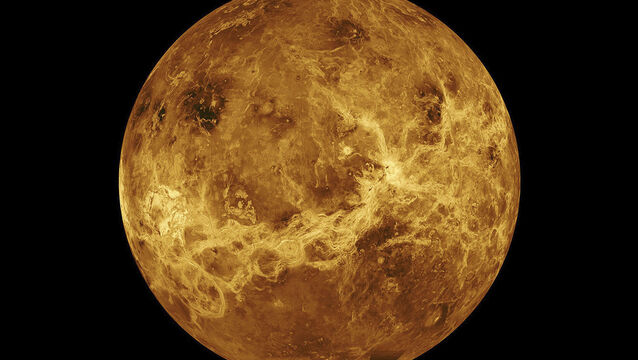 Sky Matters: Get ready for a rare planetary sight in our skies 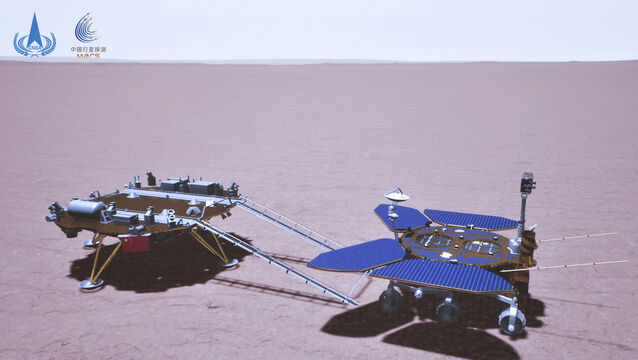 China’s first Mars rover has driven down from its landing platform and is now roaming the surface of the red planet, Beijing’s space administration said. The solar-powered rover touched Martian soil at 10. 40am Beijing time (3. 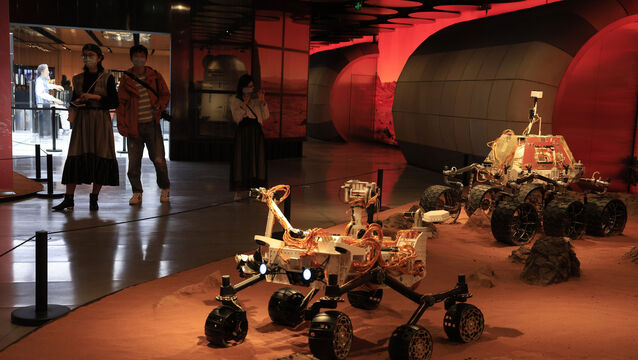 China lands spacecraft on Mars for the first time

China has landed a spacecraft on Mars for the first time on Saturday, a technically challenging feat more difficult than a moon landing, in the latest step forward for its ambitious goals in space.

Mars helicopter gets extra month of flying as rover’s scout

It achieved the intended altitude of 16ft (five metres) and even accelerated sideways 7ft (two metres).

Nasa has compared the experiment to the Wright Brothers' achievement 117 years ago.

The huge parachute used by Nasa’s Perseverance rover to land on Mars contained a secret message, thanks to a puzzle lover on the spacecraft team.

Watch: Nasa unveils video captured by Perseverance as it landed on Mars

Nasa has unveiled a first-of-its-kind video the Mars Perseverance rover captured as it touched down on the red planet, and released the first audio recorded on the surface of Mars.

The image, unveiled during a press briefing on Friday, was taken by the descent stage that placed the vehicle on the ground

Its mission is to search for signs of ancient life, and explore and collect samples for future return to Earth from diverse environments on Mars

The United Arab Emirates has published the first image from its Mars probe now circling the red planet. The picture, taken on Wednesday, shows sunlight just coming across the surface of Mars.

It is the first time the country has successfully made the journey, after its attempt with Russia in 2011 failed to make it through Earth’s orbit

The country is hoping to add its name to the short list of nations that have successfully reached the red planet, after its first attempt with Russia in 2011 failed to make it through Earth’s orbit

Mars digger declared defunct after failing to burrow into planet

Nasa has declared the Mars digger dead after failing to burrow deep into the red planet to take its temperature. Scientists in Germany spent two years trying to get their heat probe, dubbed the mole, to drill into the Martian crust.

The ExoMars rover is one step closer to landing on the red planet after successful tests of the parachutes that will bring it down onto the Martian surface.

Skygazers prepare to catch Mars at its biggest and brightest

Skygazers may notice that Mars is looking bigger and brighter at the moment due to a process which only happens every two years or so.

Salty lake and ponds could be gurgling beneath Mars South Pole

A network of salty ponds may be gurgling beneath Mars’s South Pole alongside a large underground lake, raising the prospect of tiny, swimming Martian life.

You won't need a telescope or binoculars to see this sight

SpaceX launched a prototype of its Mars rocketship hundreds of feet into the air, then landed it upright in a successful test flight.

Letter to the Editor: Sending a buggy to Mars. Have we gone bonkers?

So we've Sent a Car Buggy to Mars this week on the back of a rocket and still there's no cure for Covid 19 on the horizon.

Nasa’s new car-sized robotic spacecraft is on its way to Mars in a mission to search for evidence of ancient life. The Perseverance rover successfully blasted from the Cape Canaveral Air Force Station in Florida on Thursday at 12.

Nasa is set to launch a car-sized robotic spacecraft to Mars as part of a mission to look for signs of past life on the planet.The Perseverance rover will lift off from the Cape Canaveral Air Force Station in Florida on Thursday at 12.50pm UK time ...

UK researchers to help with search for life on Mars

Rock and soil samples taken from Mars in the search for life on the Red Planet are to be selected by UK researchers.

China has launched its most ambitious Mars mission yet in a bold attempt to join the United States in successfully landing a spacecraft on the red planet.

A United Arab Emirates spacecraft has begun its journey to Mars with a blast off in Japan, in what is the Arab world’s first interplanetary mission.

China has moved a rocket into position to launch a rover to Mars, in one of three forthcoming missions to the red planet, one from the US and another by the United Arab Emirates.

Mars is proving a popular destination for space missions with three countries sending unmanned spacecraft to the red planet in quick succession.

After a nail-biting landing, here's what's next for Mars InSight

It’s notoriously hard to land on Mars, yet NASA managed just that with its recent InSight lander, writes Bob Myhill.

A spacecraft on a mission to understand Mars's interior has successfully landed on the planet, the US space agency Nasa has announced.

Sky Matters: Search for evidence of life beyond Earth a step closer

The search for evidence of life beyond the Earth came a small step closer — perhaps — when NASA’s Curiosity Rover recently discovered organic molecules in a crater on Mars called Gale Crater.

The desolate desert in southern Oman resembles Mars so much that more than 200 scientists from 25 nations have chosen it as their location for the next four weeks to field-test technology for a manned mission to Mars.

A Tesla Roadster is heading to Mars, and we still can't quite believe it

SpaceX's new rocket the Falcon Heavy has blasted off on its first test flight, carrying a red sports car on an endless road trip past Mars.

SkyMatters: Use the Moon to help find three planets in July

The problem with planets is that they move.

A simulator in Peru mimicking the harsh conditions found on Mars has produced a hint of life - a potato plant.

US President Donald Trump has signed a bill into law that updates Nasa's mission to add exploration of Mars.

Ireland will have excellent views of Mars tonight

Stargazers should have spectacular views of Planet Mars over Ireland tonight.

We could be about to colonise Mars, with the help of robots.

Rare chance for sky watchers to see close-up of Mars

Fiery red Mars is approaching its closest point to Earth for 11 years, offering a rare opportunity to sky watchers.

European spacecraft will try to find evidence of life on Mars

A European spacecraft programmed to sniff out atmospheric evidence of life on Mars has blasted into space.

Mission aims to find if there is life on Mars

Methane could provide one of the biggest clues to whether life exists on Mars.

Mars has recalled several chocolate bars here in Ireland as a precautionary step after a piece of plastic was found in one of their products.

Nasa scraps next mission to Mars

Nasa has called off its next Mars mission because of a leak in a science instrument.

VIDEO: Interesting facts about the planet Mars in numbers

Well known for it&rsquo;s rusty colour, the planet Mars, has many similarities to earth as well as the obvious differences.