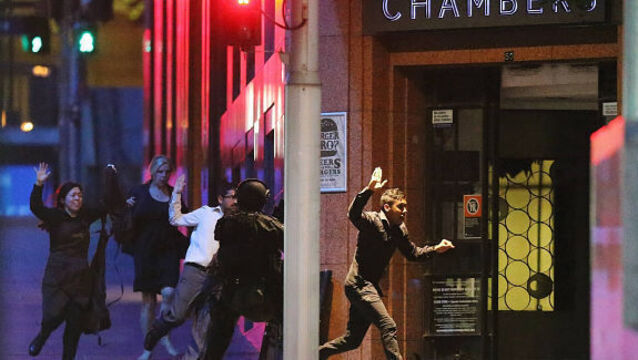 A Sydney café that was the site of a deadly siege reopened, with an employee who was held captive for 16 hours returning to work.

Two staff members of a Sydney cafe have revealed how they plotted to stab a gunman who held them hostage during a 16-hour siege in December. 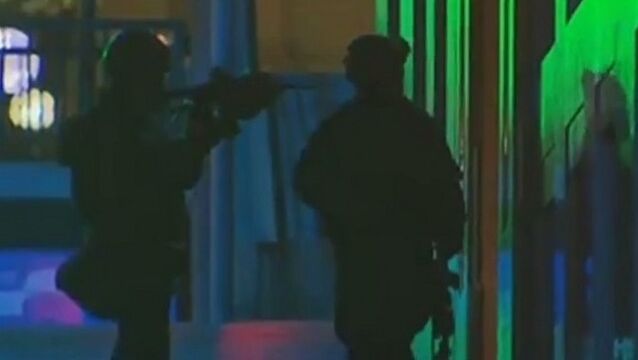 A hostage who died during the Sydney cafe siege was killed by fragments of a police bullet as armed officers moved to end the 16-hour stand-off, an inquest has been told.

She was a brilliant lawyer who taught young students how to prepare for mock trials. He was the beloved manager of a chocolate shop and cafe who was known for putting his staffers' needs first.

Newsreader breaks down as she realises connection to Sydney siege victim

An Australian TV newsreader broke down in tears during a live broadcast when she realised her connection to one of the victims of yesterday's siege at a Sydney cafe.

Australia's prime minister laid flowers at a makeshift memorial in Sydney today for the victims of the cafe gun siege which left three people dead.

Car-sharing service under fire over fare hikes amid cafe siege

Car-sharing service Uber came under fire on social media after appearing to endorse fare increases in central Sydney as residents were attempting to evacuate the area after a cafe siege.&nbsp;

Australian social media users have sent a message of solidarity to Muslims as the Sydney cafe siege went on for almost a day, offering to accompany anyone who felt intimidated on public transit.

Three people have died after a siege in a Sydney cafe came to a dramatic end yesterday when armed police stormed the building.

A number of Australian news outlets quoting local sources have reported that two people, including the hostage taker, have died in the siege of a café in central Sydney.

Several more hostages have fled the scene of the Sydney cafe siege amid the sound of gunfire and loud explosions.

At least five more hostages have fled the scene of the siege at the cafe in Sydney, Australia.

Australian media has named the hostage-taker in Sydney as Man Haron Monis.

Car-sharing service Uber has come under fire on social media after appearing to endorse fare increases in central Sydney as residents were attempting to evacuate the area after a siege in a cafe.

Five hostages have fled a siege in a Sydney city centre cafe but more are still being held inside by an armed offender.

An employee of the cafe at the centre of the Sydney siege said her “heart just sank” when she recognised three of the hostages on television.

Hostages in the Sydney cafe siege have reportedly been forced to call a number of media outlets in Australia.

Irish citizens advised to stay away from Sydney incident area

Irish citizens have been advised by the Consulate General of Ireland in Sydney to stay away from the city’s central business district over the ongoing hostage incident.

A major police operation is under way in downtown Sydney, where several people inside a chocolate shop and cafe could be seen through the windows with their hands held in the air.

Bystanders are taking selfies at the site of the Sydney siege

Bystanders are taking selfies at the site of the Sydney siege

New South Wales police have confirmed three&nbsp;people, including the 50 year old hostage taker Mon&nbsp;Man Haron Monis, have died after a SWAT team moved in to end the siege of a caf&eacute; in central Sydney. The two other dead are a 38 year-old woman and a 34 year-old man.&nbsp;&nbsp;