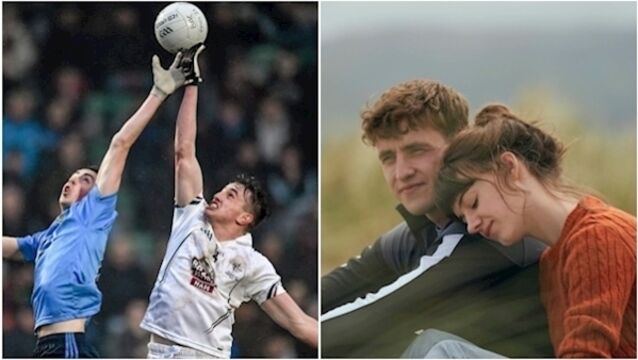 The reviews are in and Normal People is a success. I hear that the burghers of your native land are up in arms and complaining about the sex scenes. Believe me, there’s no such thing as bad publicity, my friend. We’re away. 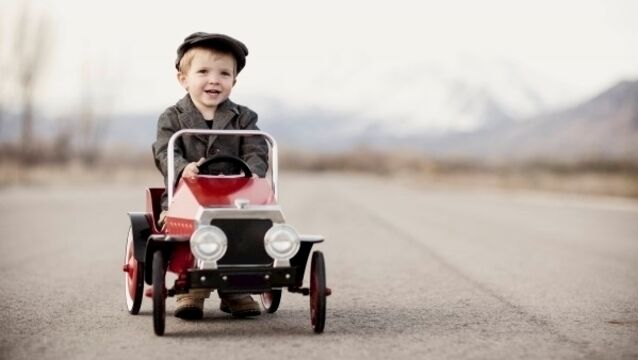 Vintage View: Rev up to explore the tradition of pedal power

Kya deLongchamps revs up to explore the tradition of pedal power. 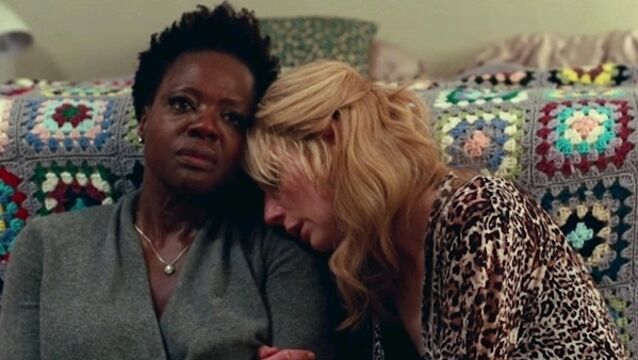 Viola’s movie ‘at the right time, in the right zeitgeist’

Viola Davis plays a woman who brings together a group of women to pull off a heist after the deaths of their criminal husbands in ‘Widows’. She tells Laura Harding why this kind of film is so important.

A question of taste: Norah O'Leary

Ford Mustang: The car that’s bigger than any popstar

In Vogue: Changing of the guard at iconic fashion magazine

As the coveted September issues hit news stands, the fashion world is bracing itself for big changes &ndash; there&rsquo;s a new editor at the helm of Vogue. Carolyn Moore charts the rise of Edward Enninful.

Here's what to watch on TV this week

Des O&rsquo;Driscoll highlights what is not to be missed this week on the box.&nbsp;

The Magnificent Seven remake brings something new to the table

In remaking classic western, The Magnificent Seven, the director and cast had to bring something different to the table, writes Helen Barlow

VIDEO: Chad, fast and charming, like father Steve McQueen as he visits Cork

Almost 40 years after his death, Steve McQueen remains the definition of cool. Within minutes of meeting his son Chad you realise that more than a little of his Dad rubbed off on him.

With the Hunger Games destroyed forever in Mockingjay: Part 1,&nbsp;The Hunger Games: Mockingjay: Part 2&nbsp;(12A) opens with Katniss Everdeen (Jennifer Lawrence) plotting the final downfall of the evil President Snow (Donald Sutherland) as the rebellion against the repressive government in the Capitol achieves an irresistible momentum.&nbsp;

Limerick FC will take a one-goal advantage to Ballbofey on Friday night following a pulsating promotion/ relegation play off with Finn Harps at a sold-out Markets Field last night.

Michael Fassbender on tearing up the blueprint as Steve Jobs

Michael Fassbender approached the role of Steve Jobs in the same way as he&rsquo;s done for some of his other provocative characters

Michael Jackson is number one on the Forbes list of the world&rsquo;s top-earning dead celebrities for the third year in a row.

This A-list house in Killarney is on the market for €1.5m

Tommy Barker has a front-row seat for the Fassbenders&rsquo; new release.

All hail Macbeth star and man of the moment Michael Fassbender

With roles as Macbeth and Steve Jobs, Irishman Michael Fassbender is currently the hottest actor in the business, writes Helen Barlow

Hollywood royalty: Michael Fassbender on the role of a lifetime in Macbeth

MUSIC NEWS: Netflix subscribers now have access to two worthwhile music documentaries: Keith Richards: Under the Influence, in which the Rolling Stones guitarist talks about his new solo album and the sounds that have inspired him over the years; and Time Is Illmatic, the film that tells of Nas&rsquo;s classic 1994 album, and his background in New York that gave rise to it.&nbsp;

War veteran, 95, the last survivor of The Great Escape

A British war veteran has become the last surviving member of the true story behind The Great Escape, following the death of Australian pilot Paul Royle.

Australian pilot Paul Royle, who took part in a mass break out from a German prisoner of war camp during the Second World War, has died in his home town of Perth. He was 101.

If there&rsquo;s one way to sharpen up any outfit, it&rsquo;s with an impeccably-tailored blazer.

Michael Fassbender relished the thought of donning a Stetson and wielding a six-gun for his new western, writes Susan Griffin

Steve McQueen's modified Porsche is up for auction

Legendary actor and car enthusiast Steve McQueen modified his 911 Turbo so that he could escape police pursuit. The classic car is going to be auctioned off, where it&rsquo;s thought that it could fetch more than $1 million.

A period romantic drama starring Saoirse Ronan and Domhnall Gleeson, Brooklyn will be coming to Irish cinemas in November 2015

Carey Mulligan is standing out from the madding crowd

Carey Mulligan&rsquo;s role in a Hardy adaptation marks the latest step up the ladder for the talented actress, writes Susan Griffin

Why are black people being ignored at the Oscars?

White men dominate the Oscar nominations, despite the success of 12 Years A Slave last year and Selma this year. Why are black people being ignored? asks Louise O&rsquo;Neill.

Veteran 'The Great Escape' actor Tom Adams has died at the age of 76.

Irish-born artist Duncan Campbell has won this year’s Turner Prize for his series of films called It For Others and hinted he might follow in the footsteps of another winner – Steve McQueen.

Check out our spoiler-free guide to whats on TV tonight.

Steve McQueen is working on a biopic about Paul Robeson.

TV WATCH: What to watch this week

The case for concrete is on a firm footing

Jaguar has unveiled the XE in an audacious bid to challenge rivals BMW and triple sales by building cars more people can afford.

Jeremy Renner has dropped hints that his Hawkeye alter-ego may appear in Captain America 3.

As a passionate Chelsea FC fan Richard Attenborough could not resist showing off his club to some of his showbiz pals.

'12 Years a Slave' star Lupita Nyong'o and 'Game of Thrones' warrior Gwendoline Christie have been announced as the latest additions to the cast of Star Wars: Episode VII.

Hollywood celebrities are adding star power to the Renaissance splendour of Florence, as VIPs arrive for what is rumoured to be the wedding of Kim Kardashian and Kanye West in a 16th-century fort.

Fassbender: Training for ‘300’ made me physically ill

Michael Fassbender has told how his infamous training regime to turn into a muscle-bound Spartan for the film 300 used to make him feel physically ill.

Chewbacca's back for new Star Wars

Peter Mayhew is set to return as Chewbacca in 'Star Wars: Episode VII'.

Mission: Impossible star Tom Cruise joked Lady Luck has been on his side as he accepted a lifetime achievement award.

How this year became the Year of the Mum in Hollywood

Hollywood’s male stars haven’t been afraid to let Mother share the limelight. But is it a PR stunt or are they really Mammies’ boys, asks Claire Droney

British and other airmen have attended a military ceremony marking 70 years since the Great Escape of Allied officers from the Nazi prisoner camp near Zagan, in western Poland.

Michael Fassbender’s graphic portrayal of a tortured sex addict in the hit movie Shame, has been voted one of the top “nearly pornographic mainstream film” performances of all time.

Lupita Nyong'o is in talks for a role in 'Star Wars: Episode VII'.

Fassbender 'keen to get serious' with Lupita