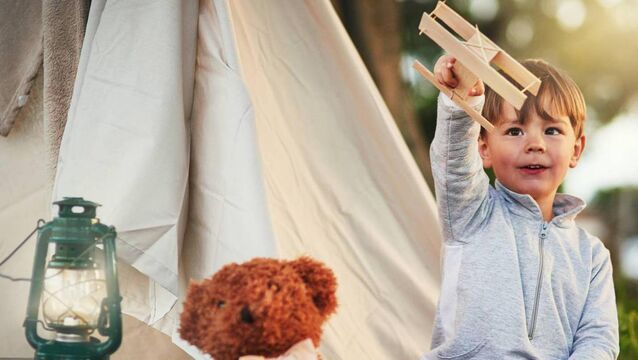 Allowing your children to lead the way is the key to fun outdoor play, and there are many things you can build or buy to help them along, says Kya deLongchamps 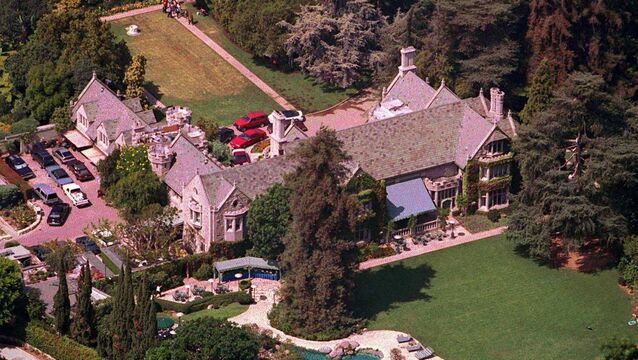 Caroline West: Playboy's next move in an post-#metoo world 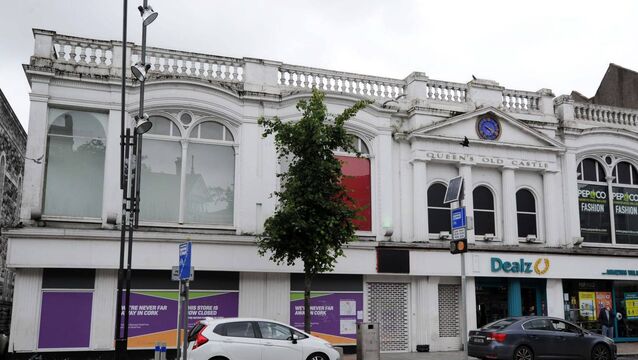 Cork's historic Queens Old Castle could be set for a new lease of life after a planning application to redevelop the iconic building was submitted to Cork City Council.

New Government must give Limerick and the Mid West special treatment, says chamber

Let there be light: Check out the dazzling choices this season

Iconic former Rochest Stores 150,000 sq ft space could suit Penneys who still want to expand, but have already been on a costly buying spree.

Connect with sound quality at the right price

Esther N McCarthy picks some appropriate pieces for the day that's in it.

How to become a spring-clean superhero

Good organisation and cleaning will put you back in control of your home, says Kya deLongchamps

Kya deLongchamps turns the spotlight on countertop stars to look out for in the last throes of the January sales.

Wish List: Cool cushions and a stool to give you a hoot

Esther N McCarthy courts cool cushions and gets a hoot out of a stool inspired by nature this week.

The ad ran ahead of Ireland's Six Nations with England in February and referenced the British occupation of Ireland.

Teenage kicks: How to engage in drama-free negotiations when redecorating a teenager’s room

Wish List: All you need to create the bedroom of your dreams

Esther N McCarthy focuses on the bedroom this week, from headboards to jewellery stands, lampshades to desks.

A Cork City landmark premises, Finn’s Corner, and associated with four generations of the Finn family including former Irish and Munster rugby international Moss Finn, who’s a co-director, has been put up for sale, either as an investment or for new owner-occupier use.

Host of outlets open across Cork in retail boom

Cork’s love affair with dining out, music, and coffee is driving a retail expansion throughout the city and suburbs.

From funky prints and ultra cool furniture design, to a sun-kissed snuggle chair, Esther N McCarthy has a heap of inspiring ideas for you this week.

Argos says that it is working to minimise the job losses associated with the closure of its store in Cork city centre.

Simply off the wall: Your go-to guide to shelving

Life in a vacuum: Your guide to choosing vacuum cleaners

Whether you’re ready to go cordless or not, Kya deLongchamps advises keeping your wits and watts about you when choosing a new vacuum cleaner.

How to maintain home security this summer during your holiday

Are you aware of today’s technological guardians? Kya deLongchamps gives some straightforward advice on keeping your house on lock-down while you are away this summer.

Profits at Irish arm of Argos jump 60%, but revenues fall

Sainsbury’s, reeling from last week’s decision by the UK regulator to block its takeover of rival Asda, was alone among Britain’s big four supermarket groups in seeing sales fall in the latest 12-week period, industry data has shown.

How to make utility spaces work for you

Whether you have an area of kitchen or a dedicated room, Kya deLongchamps puts a crisp, spring spin on the utility area.

Sainsbury has lost its status as the UK’s No. 2 supermarket group by market share to its takeover target Asda for the first time in four years, industry data showed.

The how-to guide to stripping wallpaper

Having recently revamped some bedroom walls, Kya deLongchamps peels away the layers on the most dreaded of all DIY jobs – stripping wallpaper.

The winners of the biggest Euromillions jackpot in Irish history say they want to use their €175 million jackpot to change the lives of their kids, grandchildren and siblings.

A “large family syndicate” from the Naul in north Dublin has been confirmed as the winner of the mega €175.4m EuroMillions jackpot.

Tests of children's toy slimes have found almost half failed EU safety limits for the presence of a potentially harmful chemical.

Annmarie O’Connor unveils her carefully curated collection of luxury gifts to inspire you.

Get smart and plug into classy and cool kitchen gadgets

Derval O'Rourke: The essential kitchen items needed in every house

This week I’m chatting about my go-to kitchen gadgets. For my recipe I’m focusing on delicious and nourishing soups, writes Derval O'Rourke

This is not a drill! Ireland is almost sold out of paddling pools

Wishlist: Interior ideas for all your needs

Wish list: Coos over candles and swoons over storage

Esther N McCarthy coos over candles and swoons over storage this week.

British industry enjoyed solid growth in November, benefiting from a global upturn that has allowed the economy to outperform gloomy forecasts made after the Brexit vote, although the economy still faces an “underwhelming” 2018.

It’s the US import British retailers could do without.

A third, institutional fund sale of a retail investment on the western section for Cork city&rsquo;s main trading thoroughfare, St Patrick&rsquo;s Street, is new to marekt.

The building that hosts Waterstones bookseller in Cork city centre is for sale for &euro;6.25m, writes Property Editor, Tommy Barker.&nbsp;

British supermarket giant Tesco has reported a surge in half-year profits and rising sales as it hailed efforts to keep prices low amid Brexit-fuelled inflation.

Child's play: Creating a bedroom for children is not all about money

Creating a bedroom for the most precious tenants before they fledge and finally fly is an evolving&nbsp;project.&nbsp;Get it right and you will allow space for the individuality of the child and it&rsquo;s not all about money.

International investors may be enticed as buyers for The Square Tallaght shopping centre, which has gone up for sale for &euro;233m.

Splash out on bathroom renovations

Bathrooms no longer have to be modern or period, but can combine both, with heritage taps, shower heads, and towel rails added to an otherwise pared-back contemporary design, says Kya deLongchamps

Wishlist: Interesting ablutionary additions for around the house

Warehouse workers at retail giant Argos are to stage a three-week strike in a dispute over redundancy arrangements.