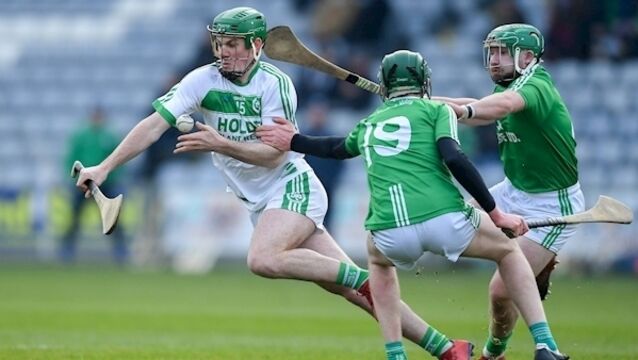 Shefflin: 'We could have been in relegation... Here we are now, Leinster champions again'

A routine day for Ballyhale. Only the opposition was novel. 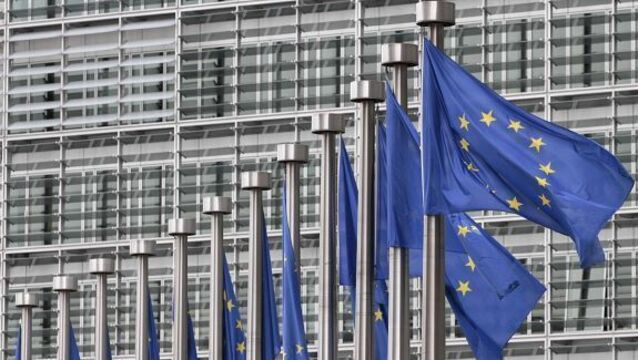 A morning-after headache may be the side effect of a pint of plain and a whiskey chaser but at least it’s short-lived — the long-term hangover is the thousands of tonnes of carbon emitted during production. 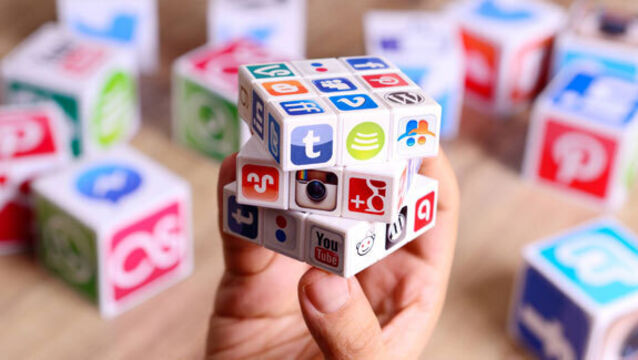 Why the GAA must be wary of social media skullduggery

Eventually the dust settled on what had become known as the Great All-Ireland&nbsp;Social Media Scandal of 2018. In the end the garda&iacute; were unable to find the perpetrators and the DPP refused to take proceedings. It was unclear what laws, if indeed any, had been broken.

Does Galway's experience of All-Ireland finals count for much?

Cheltenham this afternoon is an absolute minefield and punters would do well to proceed with extreme caution.

The Tipperary exile who’s an U21 hurling encyclopedia

It hasn&rsquo;t been the worst of weeks to be a Tipperary man living in Kilkenny.

Fatal CJD contracted during brain op as a child

A man who contracted CJD during a brain operation performed when he was a child died 30 years later, an inquest heard.

The first votes in the election for the next president and deputy president of the Irish Farmers Association (IFA) were cast last night.

A Garda and former senior Kilkenny hurler who lost partial vision after he was run down by a getaway car in a robbery at a Glanbia plant was yesterday awarded almost &euro;280,000 damages in the High Court.

Glanbia Ingredients Ireland is to invest &euro;35m to double peak capacity at its Wexford Cheese plant, with domestic milk output at a record high.

Following years of food scandals, from milk contaminated with an industrial chemical to the use of industrial dyes in eggs, and soya sauce made from hair clippings swept off salon floors, China has finally brought out a range of food safety regulations and legal penalties to clean up its food industry.

A group of taxi drivers in Kilkenny are being hailed as heroes after it was revealed their Taxi Watch initiative has saved the lives of 45 people since the end of last year.

Top hurlers could make it in baseball, says Brian Schneider

Star hurlers could make it in the big money world of baseball &mdash; that&rsquo;s the opinion of one of the US sport&rsquo;s top former players.

Third level GAA rule book has ‘too many loopholes’

UCD football manager John Divilly believes the credibility of the Fitzgibbon and Sigerson Cup competitions has been seriously damaged by the eligibility controversies involving players from IT Carlow, IT Sligo and QUB.

IT Carlow set to appeal expulsion from Fitzgibbon Cup

Uncertainty surrounds the Fitzgibbon Cup after IT Carlow last night confirmed they were appealing their expulsion from the competition.

The judge of this year&rsquo;s Diageo Baileys Irish Champion Dairy Cow competition, who will be chosen at the 73rd Virginia Show in Co Cavan tomorrow, will be seeking a strong, balanced animal.&nbsp;

Missing in Kilkenny: One foulmouthed parrot

Goes by the name of Stifler.

Madam keeps it in the family

We've had a wonderful week at Punchestown, with Jezki's victory in the Grade 1 Champion Novice Hurdle the obvious highlight, but it was also fantastic for Madam Bovary to win yesterday’s opening race.

Drug debts are leading to suicides in parts of Dublin amid warnings that increased use of cannabis weed has led to some young people owing thousands of euro.

Market analysts have concurred with Glanbia’s view that a successful international growth strategy, coupled with the likely spinoff of its Irish dairy business to co-op members, will see a growth in its annual adjusted earnings per share.

The economy will get an annual €510m boost as Glanbia and its milk suppliers ramp-up investment and production by 2020 following the elimination of milk quotas in 2015.

DII, the business at the centre of major joint venture proposals in the Glanbia plc and co-op society, generated 2011 revenues of €738 million and earnings of €44m.

Co-op members in line for windfall

Glanbia co-op members could be in line for a €122m windfall if they agree to take a 60% stake in a joint venture with the Glanbia plc.

Dairy and food ingredients group Glanbia has been granted planning permission for a €200m milk processing plant at Belview Port in south Kilkenny, which is expected to employ 400 people during construction and more than 100 full-time staff upon completion.

CYCLE the Canal du Midi in the south of France for a wonderful, relaxing holiday.

It might be the closest Ireland ever gets to hosting the Olympics, but the visit of the Olympic torch to Dublin today is being celebrated like an Irish gold medal in the London games later this summer.

On a day that, up until the final kilometres, looked earmarked for a mass bunch sprint into Kilkenny yesterday, Polish rider Marcin Bialablocki led a late four-man escape group across the line on Patrick Street to take stage victory and become the first overall leader of the 2012 An Post Rás.

Cats: Louth could have gone easier on us

Kilkenny football board vice-chairman Tom Duggan claimed a rampant Louth could have been more lenient in Wednesday night’s farcical Leinster U21 FC clash.

Louth ran up a sensational score when they obliterated Kilkenny in the Leinster U21FC at Ballyragget last night.

One of the many prized possessions in the well-known O’Brien’s hostelry in the centre of Charleville town is a photo of the local minor hurling team that won North Cork honours in 1945, pipped in the county final by Glen Rovers.

IRELAND is in the grip of a “heroin epidemic”, while alcohol abuse among the young is leading them towards drug use, two youth support organisations warned yesterday.

KILKENNY football boss Dick Mullins has blamed the winter collective training ban for contributing to his side’s failure to register a score in Sunday’s 28-point Allianz Division 4 mauling by Leitrim.

KILKENNY football has endured many dispiriting days, but none so demoralising as yesterday’s Allianz League Division 4 defeat at home to lowly Leitrim.

Leitrim, Roscommon and Wicklow all registered comfortable victories in Division 4 of the Allianz National Football League on Sunday afternoon.

There was a clean sweep of home victories in the Walsh Cup this afternoon, with the hurlers of Laois, Kilkenny, Dublin and Galway taking wins.

The Cavan and Dublin footballers, along with Clare hurlers, claimed victories in what was a depleted GAA programme of fixtures today.

Gardaí at Graiguenamanagh in Co Kilkenny have appealed for help in tracing a 15-year-old girl missing from her home for the past week.

Rattle the goalie, that was the idea

Long before there was Noel Hickey, Pa Dillon was the benchmark for defenders. Full-back on the Kilkenny team-of-the-century, the farmer from Freshford left an indelible mark in the county where hurling is all. Tipperary’s Seán McLoughlin, himself no shrinking violet, was a powerful attacker with the magnificent Tipp team of the early 60s. Diarmuid O’Flynn met the duo in calmer waters this week, the square in Pa’s picturesque home village of Freshford, in advance of tomorrow’s All-Ireland final between the counties.

Carberry at his brilliant best as Oscar Looby foils jolly

AVAILING of a window in his thirty-day ban, Paul Carberry guided Oscar Looby to victory in the Grade 2 Woodlands Park 100 Club Novice Chase at Naas yesterday.

More than 60 jobs are to go at a leading food firm.

Glanbia to cut more than 60 jobs

More than 60 jobs are to be axed at a leading food firm, it emerged tonight.

Throw the book at Bertie and look at real story

I SEE from Bertie Ahern’s autobiography that he laments not spending more time with his family and not having worked harder at his marriage.

GLANBIA Ingredients Ireland, with operations at Ballyragget, Co Kilkenny, and Virginia, Co Cavan, is being hailed as a leader in energy efficiency.

TRIBUTES were paid yesterday to Reddy Brennan, the former group managing director of Avonmore Creameries, who has died.

THE abuse of alcohol by parents has a greater impact on a child than advertising by the drinks industry, according to the head of the country’s only residential treatment centre for children.