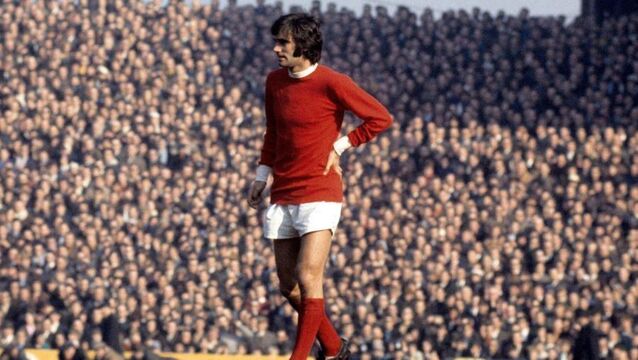 Liam Mackey: You can sometimes get what you want... and need

So I take it you saw the Strolling Bones on that One World gig? 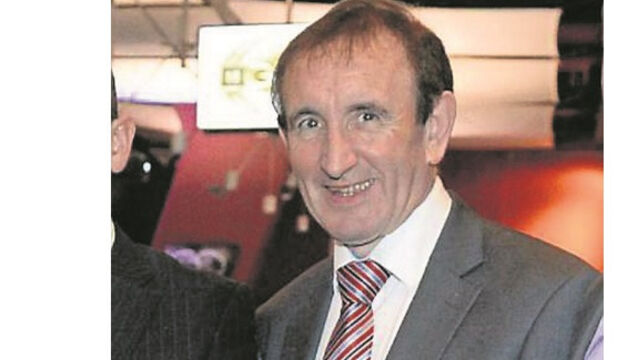 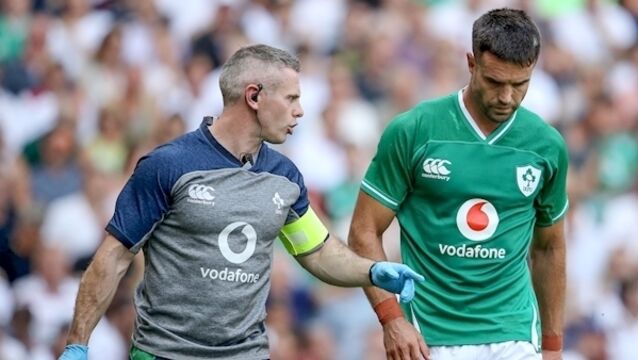 England have beaten Ireland 57-15 in their World Cup warm-up Test at Twickenham.

Are these movies even better than their books?

This much I know: Dickie Rock, singer

Noel O’Donoghue Q&A: ‘I’ll advise them to look upon HawkEye as a friend’

Veteran Limerick rugby broadcaster Len Dineen will embark on a contrasting double assignment on this evening when he contends with the raucous roar of Thomond Park followed by the serene sounds of Perry Como during a marathon stint at the microphone.

PEOPLE gather round and join my campaign. Today I launch a nationwide campaign to eliminate double taxation.

Richard Attenborough was &quot;an incredibly kind, generous, and magnificently warm man&quot; who was passionate about everything in life, according to those who knew him.

Keher lays his cards on the table

After canvassing opinion, Eddie Keher has delivered a document to the GAA calling for the end of yellow and red cards in hurling

Mafia Republic Italy’s Criminal Curse:Cosa Nostra, Camorra and ’Ndrangheta from 1946 to the present

Kauto Star has now been reduced to a ceremonial role in the William Hill King George VI Chase, but his first appearance at Kempton in retirement yesterday coincided with the most gripping finish since the era before the five-timer winner as his old foe Long Run claimed a dramatic second victory.

Second-half drop goals from half-backs Luke McGrath and Paddy Jackson against Wales set the Ireland U20s on a Grand Slam journey back in February but the duo are not underestimating the final road block.

A FORMER top inter-county official has called on Croke Park to rid its games of verbal abuse towards referees.

Heading away can make summer pay

FOR those whose circumstances contrive to provide them with the opportunity, the trend of young GAA players transferring to the US over the summer months is back in vogue.

Charlie Longsdon is optimistic Paintball can hit the target in the Fred Winter Juvenile Handicap Hurdle at Cheltenham on Wednesday.

LESS STYLISH than Raging Bull, less euphoric than the Rocky films, The Fighter (US/15A/115 mins) is a boxing movie made in the image of its hero, ‘Irish’ Micky Ward (Mark Wahlberg), a solid but unspectacular Irish-American scrapper who slugged his way to a shot at the world title in the mid-’90s.

‘The Fighter’ worth the wait for Wahlberg

Boxing is one of the few sports – baseball is another – that lend themselves to the screen, and more often than not to major film awards. This excellent film has already collected a string of nominations and wins.

Buck’s comes up trumps for punters

Actor’s childhood home up for sale

A HOUSE once owned by Richard Harris in Kilkee, where he spent his childhood summer holidays, is to be sold at public auction next month.

IT was the day we finally became a Ba-NAMA Republic.

A COLLECTION of George Best memorabilia, collected by his late father Dickie over a 40-year period, was sold last night at an auction in Belfast.

Shirts worn by defenders who were tormented by George Best are among rare items for sale in an auction of memorabilia owned by the family of the late footballing legend this week.

OPPOSITION to the experimental rules in hurling is beginning to snowball with Antrim manager Terence ‘Sambo’ McNaughton just the latest high-profile figure to call for a retention of the old playing laws.

Batt-man to the rescue after Brian gets Shanghaied

A QUARTER of humanity held its collective breath and hoped the Taoiseach would change his mind.

The east Belfast house where football legend George Best was raised is due to go on sale later today.

THE terraced house where footballing legend George Best grew up has been put up for sale.

Family and friends of George Best’s father Dickie paid tribute today to a remarkable man with a twinkle in his eye.

WHATEVER happened to Johnny Giles? It might seem like a daft question to ask about one of the best-known people in Ireland, a man whose analysis of football, in the press and on television, is seen to carry the clout of papal infallibility, and whose own long and illustrious career as a player and manager was fittingly recognised in Dublin last night with his induction into the RTÉ/Irish Sports Council Hall of Fame.

RICHARD HARRIS was deservedly honoured in his home town yesterday.

The last bottle of HP sauce to be made in the UK rolled off the production line this morning.

Red Road film is full of menace and atmosphere

Poor old Glasgow – as interesting and exciting a city as you could visit – gets the grim up north treatment once again in this gritty and compelling drama.

Lea and Susie proved themselves to be the brainboxes of the Big Brother house by beating the other contestants in a pub quiz.

AS the Munster team captured the heart and admiration of the country, a local Limerick sporting legend was cast onto the national sports scene by last weekend’s events.

GEORGE BEST was paid the ultimate accolade yesterday when his home town airport was renamed in his honour.

George Best was paid the ultimate accolade today when his home town airport was renamed in his honour.

Best family hits back at critics of airport tribute

GEORGE BEST’S family hit back yesterday at critics of a decision to rename Belfast City Airport after the soccer legend.

George Best’s family hit back today at critics of a decision to rename Belfast’s City Airport after the soccer legend.

Airport to be named after George Best

Belfast City Airport is to be renamed George Best Airport, it was announced today.

THE legend that is George Best drew one more capacity crowd at Manchester Cathedral as the great and the good of football mingled with ordinary fans to pay tribute to the Manchester United and Northern Ireland star.

A HOST of famous faces gathered at Manchester Cathedral to celebrate the life of footballing legend George Best yesterday.

A new aircraft in honour of football legend George Best was launched today by his family.

Plan for George Best statue set to be approved

Plans to erect a permanent memorial to George Best in the grounds of Belfast City Hall are set to receive unanimous support tonight.

George Best’s grave is being kept under 24-hour guard, it was revealed today.