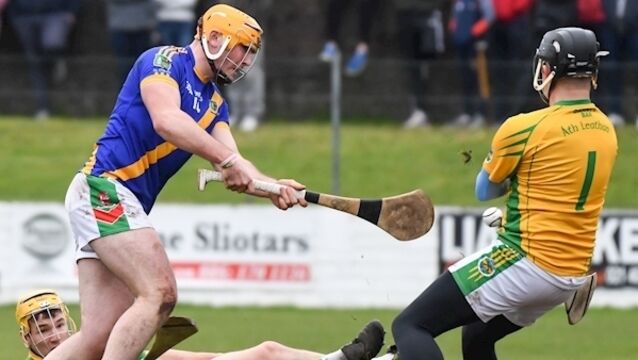 A Munster Club IHC final against Waterford’s Ballysaggart awaits Fr O’Neill’s as the Cork champions made easy work of their Clare counterparts Broadford in Midleton. 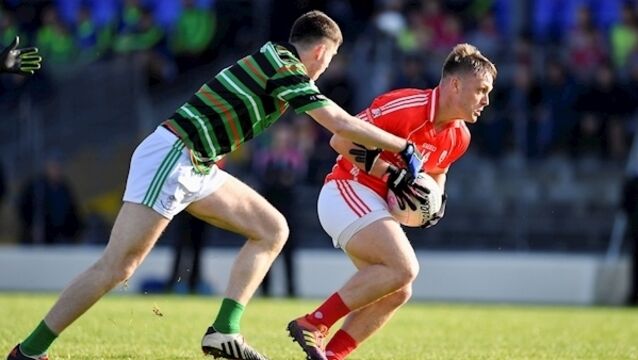 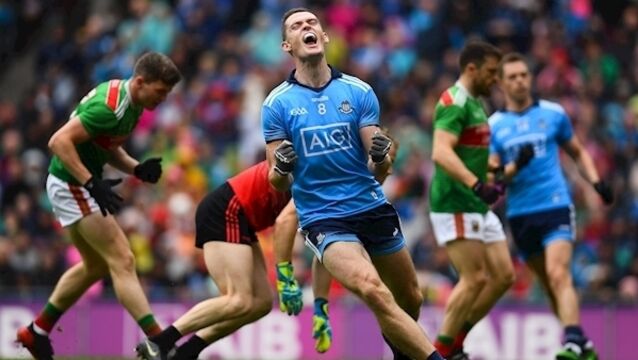 A blitz of 2-6 in 11 early second half minutes inspired by Con O’Callaghan and Paul Mannion sent Dublin into a fifth straight All-Ireland final.

Dublin 2-17 Kildare 2-10: All-Ireland champions Dublin shrugged off a sluggish first half to make a winning start to their Division 1 campaign in Croke Park this evening.

3 in a row; Dublin narrowly beat Mayo in All-Ireland final

Still unbeaten but Dubs pegged back by late Donegal free

It's Jumeirah instead of Tipperary for Peter Acheson

Peter Acheson has all but ruled out a return to Tipperary football next season as he settles into a new life in Dubai.

Mayo’s misery will extend to a 66th year after Dublin’s excellent bench scored them a second successive All-Ireland title this evening, their hero in the drawn final Cillian O’Connor widing a last gasp free to force extra-time.

Dublin concede two goals but get past Laois comfortably

As expected, for Dublin it was a comfortable first championship day away from Croke Park in 10 days but not without its faults.

DCU took the first step in defence of their O’Byrne Cup title at Baltinglass yesterday.

Cork go up a gear after sluggish start

AN IMPRESSIVE Cork cruised past Clare in this Munster JFC clash at Páirc Uí Chaoimh yesterday.

WATERFORD coach Davy Fitzgerald has made two changes from the side that defeated Offaly last Saturday for Sunday’s All-Ireland quarter-final against Wexford in Semple Stadium.

MICK O’DWYER’S old pupils in Laois showed in Dr Cullen Park on Saturday that they haven’t forgotten what they learned from him and that they are maintaining progress under one of his former players in Kerry.

LESS than a month ago in a vital promotion clash, these two sides locked horns with Young Munster perhaps lucky to prevail 3-0 in the Mardyke.

THE National Referees Association has moved quickly to defend Laois whistler Anthony Stapleton, who dished out 12 yellow cards and one red during last Sunday’s All-Ireland Club SHC semi-final between Portumna and Loughmore-Castleiney.

DUBLIN and Laois have made one change in personnel for their Bank of Ireland Leinster SFC final showdown at Croke Park on Sunday.

WITH three of last season’s All-Ireland winning side having retired Kerry have called up Pádraig Reidy, Killian Young and Micheal Quirke for next Sunday’s Munster SFC semi final meeting with Waterford at Fraher Field, Dungarvan.

DAY two of the Allianz Sciath na Scol produced four more excellent contests at sun drenched Páirc Uí Rinn yesterday, the pick of which was the clash of Belgooly and Kilcredan in the DH1 boys final.

JAMES NALLEN will become the most capped Mayo player of all time when he makes his 123rd appearance in the famous green and red jersey at Omagh on Sunday.

THIS was more a point dropped than a point gained for Louth and Laois, but the home side had more reason to be pleased with the outcome in Portlaoise yesterday.

BILLY SHEEHAN is out of the Laois team for Sunday’s Bank of Ireland Leinster SFC quarter final clash with Carlow in Portlaoise.

DURING his legendary managerial career, Laois boss Mick O'Dwyer has always maintained the dictum of its "horses for courses."

Drom-Broadford and St Senan’s through

THIRTEEN-MAN Drom-Broadford and St Senan’s booked their places in the Limerick SFC semi-finals with victories over Mungret and Fr Casey’s at the weekend.

Sherlock gets call for Dublin

JASON SHERLOCK has been given a starting place on the Dublin team for next Sunday’s Bank of Ireland Leinster SFC final at Croke Park, while former Austin Stack’s clubman Billy Sheehan retains his place on the Laois side.

BRIAN McGUIGAN will be back for Tyrone’s Ulster SFC clash with either Cavan or Antrim. McGuigan is due home on June 9 from Australia, 10 days ahead of the Clones clash.

Coulter and Ward strike to keep Down hopes alive

NUIG have too much firepower for UL

THE Cork County Board has appointed liaison officers to the senior hurling and football teams for the coming season.