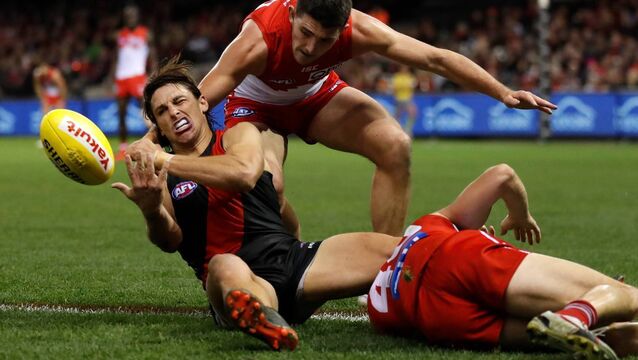 O'Riordan went Down Under seeking a career - he found contentment

“A man named Dennis will be waiting outside of Sydney Airport.” 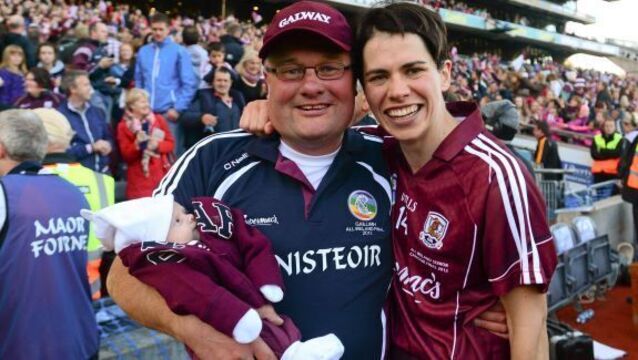 Ward pulls out of race to replace Tribe boss Donoghue

From having three candidates for the senior hurling manager’s position last week, Galway GAA may have none by this weekend after Tony Ward removed himself from the race. 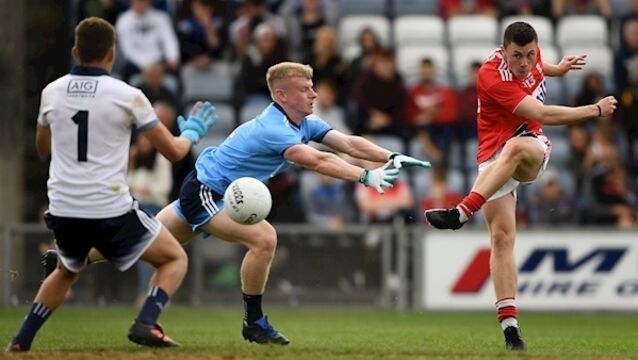 Back in January when Cork GAA released their five-year plan for Cork football, one of the first stated targets was for Cork to be “regular All-Ireland contenders of inter-county football, within three to five years”.

Jason Forde: ‘It seems to be now you nearly can’t even miss a free’

John Kiely: ‘You’re either up there, at it, or you’re not’

‘We’re back in the chasing pack,’ says Tipp’s Seamus Callanan

Tipperary attacker Seamus Callanan says he and his teammates are keen to make up for last season’s disappointing championship.

Clonoulty-Rossmore happy to punch above their weight

From Tony Brennan to Declan Ryan, Clonoulty-Rossmore has produced players who made indelible impressions on Tipperary hurling.

As Liam Sheedy takes the helm in Tipperary for a second time, Babs Keating, who also served two spells as manager, has warned the second experience can be very different to the first.

Mickey Harte hasn’t had to just contend with the death of his daughter Michaela, as well as the more mundane disappointment of four semi-final defeats since last guiding Tyrone to an All-Ireland final — he also had a brush with cancer.

It wasn't just the sun which shone brightly this summer........

Fresh from the Department of No Further Ado, the end of season hurling awards. Often copied but never equalled, the jury (Michael Moynihan, alone) has reported in.

From precision preparation to puckout&nbsp;strategies, John Kiely&rsquo;s Limerick has got virtually everything right this summer - but Galway will win, writes Tony Browne.

The curtain fell on the Derek McGrath era in Thurles last Sunday, but Ennis offers a more fitting set of bookends to his term in charge of Waterford, writes&nbsp;Michael Moynihan

Pull of college and county will prove costly as injuries mount

The head of the GAA&rsquo;s Higher Education (HE) Council believes there would be a massive backlash if young county players were suffering injuries while playing for their colleges this spring.

John Fogarty picks out five players who are set to make their mark on the Allianz Football League.

Con O&rsquo;Callaghan was sitting in a substitute&rsquo;s seat in the Hogan Stand last Sunday as Dean Rock prepared to kick the winning point for Dublin.

Transfusion of new blood gives Mayo shot in the arm

It was during the last ten minutes of

Not long after the final whistle had sounded on the 2015 All-Ireland U21 final, victorious Limerick manager John Kiely - the schoolteacher coming out in him - prescribed a fairly strong dose of reality.

McGeary: A glimpse of success and you want more

Kieran McGeary&rsquo;s feet have barely touched the ground in the past two seasons.

Here they go again, but can Mayo finally conquer?

Mayo fatigue is being experienced across the country but this team doesn&rsquo;t appear to be going away anytime soon. That belligerence has to be respected yet the question is, can they transform doughtiness into dominance?&nbsp;John Fogarty&nbsp;looks at the arguments for and against.

Challenges for U21 graduates mixing it with the big boys

The learning curve is real for U21 graduates who encounter senior hurling, it seems.

A goalkeeper born and bred in Sligo, who&rsquo;s also a member of a Whatsapp group featuring several of tomorrow&rsquo;s opponents, might be a recipe for suspicion if New York weren&rsquo;t already sure of his bona fides.

Davy Fitzgerald steps down ‘in best interests of Clare hurling’

Davy Fitzgerald last night stepped down as Clare manager despite efforts by the county executive, sponsor Pat O&rsquo;Donnell and several players to persuade him to stay on.

They&rsquo;ll enter Thurles on Saturday as unbackable favourites because of what Austin Gleeson did to Kilkenny in last month&rsquo;s drawn All-Ireland semi-final, because of what he did in the replay six days later, because of Conor Gleeson&rsquo;s assuredness when thrown in for his second afternoon of championship fare in the All-Ireland quarter-final win over Wexford and because Patrick Curran and Shane Bennett, between them, clipped 3-73 in the national league.

Richie Power Sr and Richie Power Jr have the distinction of being one of the father and son combinations where both parties won a senior All-Ireland. The final experiences against Tipperary were mixed, but the father passed on important lessons...

Tyrone 0-13 Donegal 0-11: &ldquo;We became men today.&rdquo; Se&aacute;n Cavanagh had proven long before now that he is most certainly one of those but you knew what he meant. This Tyrone team hadn&rsquo;t earned their spurs before yesterday. Now they have.

Limerick mustn’t get bent out of shape over Séamus Callanan

Galway football manager Kevin Walsh has quashed rumours that midfielder Fiontan &Oacute; Curraoin has left the Galway panel, insisting the M&iacute;che&aacute;l Breathnach clubman has only taken a month&rsquo;s break to recover from a groin injury.

Magic from Conor Loftus and Liam Irwin brought Mayo U21 All-Ireland glory for the first time since 2006.

Former Limerick captain Ollie Moran believes the fixtures pile-up heaped on three of the county&rsquo;s best up-and-coming hurlers proves &ldquo;the player is at the bottom of the food chain&rdquo;.

Limerick 2-23 Wexford 0-15:&nbsp;There was a time in the third quarter at a wet and dreary Gaelic Grounds on Saturday night when you suspected that the teams had just swapped playing kits at half-time, rather than changing ends.

Flannan Cleary can still picture the sliotar flying past the Castletroy post. The umpire raised his arms to signal wide, the hurlers of St Colman&rsquo;s, Fermoy dropping to their knees in despair.

What do you do when your mentality is questioned? When the stain of losing tarnishes your reputation? Perhaps you call Jim McGuinness, or, in Newcastle West&rsquo;s case, his brother-in-law.

Patrickswell searching for the summit again

Richie Bennis has no doubts when asked which Patrickswell team this current side remind him of.

Limerick boss John Kiely believes &ldquo;people need to get real&rdquo; and understand that Saturday&rsquo;s comprehensive U21 final victory does not guarantee senior success in the coming years.

Waterford hurling manager Derek McGrath is concerned his younger players will struggle to sustain their league form into the summer.

Donegal 1-13 Tyrone 1-10:&nbsp;It wasn&rsquo;t fitting that Donegal won nor was it that Tyrone lost. But there was no denying the appropriateness of Michael Murphy scoring the last three points of the game after enduring a dog of an afternoon.

Andrew Shore relieved to be back after ban

Wexford hurler Andrew Shore is delighted and relieved he can play this year having feared he might have to write off 2015.

Hell of a game that was on Saturday evening.&nbsp;

Conor Gleeson: Colin O’Riordan could play for Tipperary hurlers if he focuses

Kerry hurling coach and former Tipperary player Conor Gleeson says Tipp&rsquo;s U21 football captain Colin O&rsquo;Riordan is good enough to line out for the senior hurlers but only if he concentrates solely on the smaller ball game.

Step in the right direction

This day last week, former Galway defender Greg Kennedy took to Facebook to unload his thoughts about the state of hurling in the county.

They haven&rsquo;t gone away, you know.&nbsp;Clare&rsquo;s exit from the senior championship may have been premature, but the county&rsquo;s younger band of hurlers did not lie down after that disappointment and ended the year in spectacular fashion on Saturday night.&nbsp;

Tony Considine, holds his hands up. He predicted a Cork victory and a classic. On both counts he was way off the mark.

Mulcahy: U21 journey will aid Cork at senior level

Former Cork captain Pat Mulcahy believes the county will benefit at senior level from this year&rsquo;s U21 campaign regardless of the result in tonight&rsquo;s Munster final against Clare at Cusack Park.

Back in the spring of 2010 Roscommon football could only have dreamed of weekends like this.