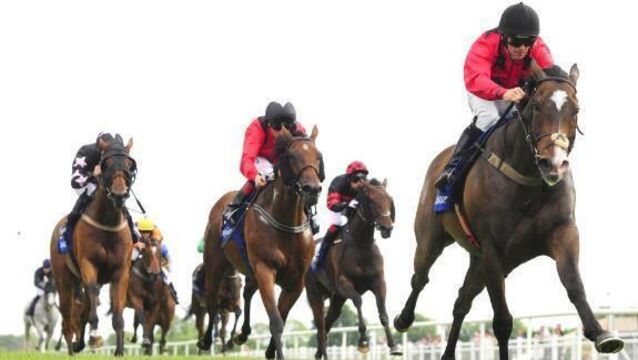 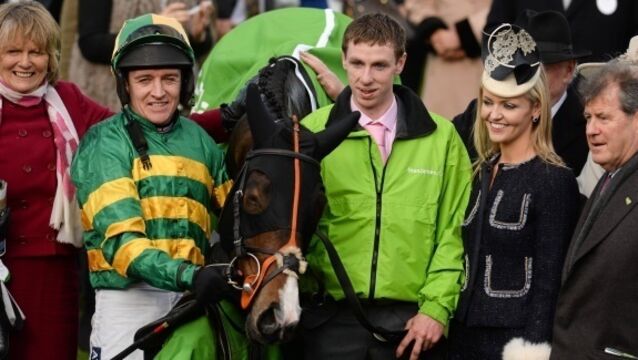 Barry Geraghty remains hopeful of making his debut as retained jockey to leading owner JP McManus this weekend &ndash; despite being admitted to hospital with a kidney stone on Tuesday. 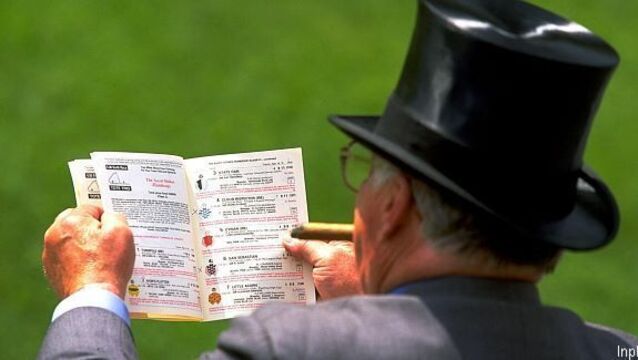 Christmas Hurdle next for Faugheen

Eddie Lynam has enjoyed unprecedented success with his raids on the top British sprints this year through Sole Power and Slade Power and he plundered another big one yesterday with the two-year-old Agnes Stewart, an impressive winner of the John Smith&rsquo;s Extra Smooth May Hill Stakes at Doncaster.

Sole Power bids to cap an amazing season by adding the Betfred Sprint Cup to his impressive record at Haydock today.

Aidan O’Brien could be without a runner in Saturday’s Betfred Sprint Cup after ruling Due Diligence out of the Haydock Group One.

Power and the glory for Lynam

Sole Power confirmed his status as the undoubted king of the five-furlong division with a performance of stunning domination in the Coolmore Nunthorpe at York yesterday.

Toormore to benefit from drop in trip

There&rsquo;s a low-key start to Goodwood&rsquo;s Glorious meeting, with the Group 2 Lennox Stakes the feature on day one.

Eddie Lynam is keen to give Slade Power the chance to stamp himself the world&rsquo;s best sprinter in Australia later this year after he continued his fantastic summer with a brilliant display in the Darley July Cup at Newmarket on Saturday.

Darwin back to winning ways

Aidan O&rsquo;Brien&rsquo;s American import Darwin got his career back on track with victory in the feature Belgrave Stakes at Fairyhouse yesterday.

Dual Power-play looks on for Lynam

Paddy Power is not making a call between his mother Sabena&rsquo;s two runners in Saturday&rsquo;s Darley July Cup.

The Andy Oliver-trained Panama Hat proved the star of last night&rsquo;s action in Naas as he completed a fabulous four-timer under Chris Hayes, himself completing a double, in the concluding Stuart Insurances Supporting Console Handicap.

Icon’s late effort too much for front-running Vinnie

I absolutely adore Royal Ascot and am very much looking forward to the next few days.

Eddie Lynam is hoping Slade Power will get an invitation for the Hong Kong Sprint after staking a strong claim with victory at Ascot on Saturday.

Slade Power held off Jack Dexter in an exciting finish to the Qipco British Champions Sprint Stakes at Ascot.

Star apprentice Robert Tart secured the biggest win of his fledgling career when guiding Brian Ellison’s British raider Montefeltro to a thrilling success in the Tote Super Trifecta Irish Cesarewitch at the Curragh.

Gordon Lord Byron made amends for his narrow defeat 12 months ago when running away with the Betfred Sprint Cup at Haydock.

David Wachman has underlined the importance of fast ground for Galileo Rock as he gears up for next month’s Ladbrokes St Leger.

We learned plenty at the Curragh last Sunday.

Dawn Approach is reported to have scoped badly after his defeat in the Prix Jacques le Marois and is being treated with antibiotics.

Lynam powering ahead with star duo

Eddie Lynam has earmarked further Group One targets for his star sprinters Slade Power and Sole Power after both performed with credit in Saturday’s Darley July Cup at Newmarket.

Lethal Force confirmed himself the leading sprinter in Europe as he made all to land the Darley July Cup at Newmarket.

Did Shea Shea get caught on the blind side or was Sole Power the winner on merit in the King's Stand Stakes at Royal Ascot?

Lethal sprinter out for more glory

Clive Cox has every faith in Lethal Force as this season’s surprise package in the sprinting division attempts to supplement his Royal Ascot gains in the Darley July Cup at Newmarket today.

Oklahoma City the highlight of Naas five-timer for O’Brien

An impressive all-the-way win for Oklahoma City proved the highlight of a spectacular 191/1 five-timer for Aidan O’Brien in Naas last night, four of his winners ridden by his son Joseph and the fifth by his younger daughter Ana.

No Derby joy for Lordan ... but he’s amply compensated with terrific treble

Wayne Lordan, who finished second in the Derby on Galileo Rock, enjoyed a terrific afternoon at the Curragh on Saturday, booting home a treble.

First Cornerstone is likely to go straight to the Racing Post Trophy at Doncaster on October 27.

Murtagh has the Power for Lynam

Edward Lynam reports his star sprinters Sole Power and Slade Power to be on course for their respective engagements this autumn.

Zuzka should open her account over hurdles in the Irish Stallion Farms Mares Maiden Hurdle in Sligo tomorrow.

O’Brien in good form ahead of Camelot assignment in Guineas

Joseph O’Brien, who will be in the hot seat on favourite Camelot in Saturday’s Qipco 2,000 Guineas, proved himself in top form with a double in Dundalk last night.

Eddie Lynam is excited about what he hopes will be another profitable year with Sole Power following his excellent run in defeat at Meydan on Saturday night.

Slade Power can spark in opener

SLADE POWER is the nap choice to defy an absence of 194 days in the Irish Stallion Farms’ EBF Maiden at Dundalk tonight.

Mark it down to Experience

EXPERIENCE must be strongly fancied to complete a hat-trick and defy a 5lbs Group 3 penalty in the listed Danehill Dancer Tipperary Stakes at Tipperary today.