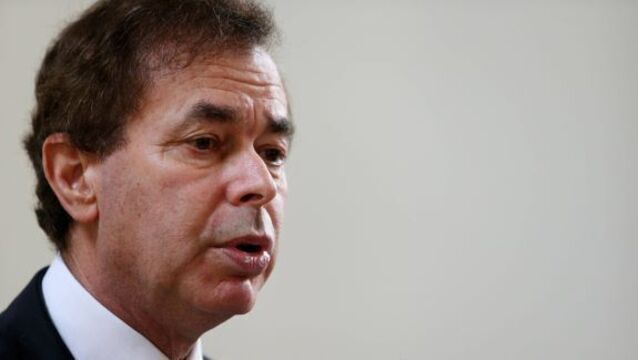 Justice Minister Alan Shatter has lashed out at the body representing rank-and-file gardaí. 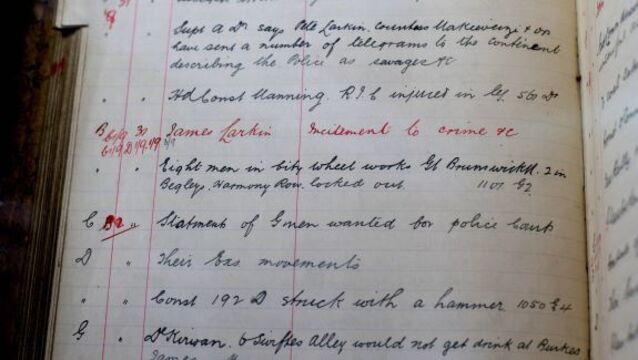 Unions opposed to cuts are subject to law, says Kenny

INTO to back revised LRC proposals on Croke Park II

The INTO is to recommend to it's 32,000 members to accept the revised LRC proposals on Croke Park 2.

Can leaders forestall a summer of discontent?

The Government has surely pinned its hopes on resurrecting Croke Park II on the efforts of Labour Relations Commission boss, Kieran Mulvey.

Despite claims by the Labour Relations Commission chief that up to 10 unions that rejected Croke Park II may now vote in favour, the Government is continuing to draft legislation for pay cuts in case the majority of unions reject terms again.

A deal on Croke Park II could be edging closer for the government following the welcoming by Garda representatives of Labour Relations Commission proposals on pay and conditions.

Hopes for agreement on the Croke Park II package of public sector pay cuts were revived yesterday as last-minute talks continued with unions.

Amanda Freeman, a 41-year-old theatre nurse, would “happily leave nursing” if she had some other means of paying a mortgage; instead, with two children to support, she finds herself double-jobbing.

Nurses have become the latest public sector workers to ratchet up pressure on the Government with threats of industrial action if it imposes pay cuts.

The Labour Relations Commission has been given until next week to try and negotiate some kind of settlement with unions over the extension to the Croke Park public service pay agreement.

The Irish Congress of Trade Unions (Ictu) has offered to coordinate bilateral talks between the Government and public service trade unions on an agreement to replace the failed Croke Park II proposals.

Austerity will not get us out of mess we’re in

Impacts of austerity, aka squeezing us “till the pips squeak”, are not just about economics and growth.

Strikes by teachers could shut schools

Autumn strikes by 65,000 teachers could force schools and colleges to shut if ballots announced by their three unions are passed.

The Government is to press ahead with cuts to the pensions of public servants in spite of the payroll savings proposed under Croke Park II.

President on capitalism - A system that fails far too many

“Europe is therefore more than an economic space of contestation in which our citizens are invited or required to deliver up their lives in the service of an abstract model of economy and society whose core assumptions they may not question or put to democratic test in elections.”

What follows ‘no’ vote is likely to be painful

Croke Park II has been rejected, perhaps with a tight margin, but rejected nevertheless. What follows may not be pleasant.

Trade unions warned today that there will be industrial action if the Government imposes further public-sector pay cuts.

Next move by ministers will prove crucial

If the Government imposes a second pay cut of up to 7% in the space of three years on public servants, it will likely mean the loss of key public services if teachers, nurses, doctors, and civil servants choose to fight the cuts with industrial action.

The Taoiseach Enda Kenny has said the Government will reflect on the decisions of unions on the proposed Croke Park II Agreement.

SIPTU decision on Croke Park II 'too close to call'

There are growing fears for the future of the Croke Park deal as the biggest public service unions in the country prepare to release the results of ballots by members.

WEDNESDAY’S Ictu vote may finally present the Government with a “formal” trade union position on Croke Park II, but what will it be worth if doctors, nurses, teachers, and gardaí are utterly opposed?

Public Expenditure and Reform Minister Brendan Howlin has ruled out a renegotiation of Croke Park II in the event that it is rejected by public service unions next Wednesday.

As the membership of yet another union balloted to reject the terms of Croke Park II, the number of unions which have said they will not be bound by the Irish Congress of Trade Unions decision (Ictu) on the deal rose to six.

Public Expenditure Minister Brendan Howlin has said unions urging their members to vote No to Croke Park II are only offering uncertainty to public servants.

Margaret Thatcher - She changed the world we live in

Though it’s nearly a quarter of a century since Margaret Thatcher stood down as leader of Britain’s Conservative party in 1990, and more than half a century since she was first elected to the House of Commons in 1959, her death yesterday, at 87, showed she remains utterly divisive.

The Irish Medical Organisation has reaffirmed its opposition to Croke Park II, but said industrial action as an option would be a last resort.

The eight union executives which have urged their members reject the Croke Park II deal will meet officially for the first time next week to discuss a strategy to “protect existing pay rates and terms and conditions”.

Doctors voted yesterday against Croke Park II proposals which, they claimed, aimed to impose large pay cuts and much longer working hours on them.

Why teachers are right to fight education cuts

As far back as I can remember the media was always dominated in the week after Easter by the various teachers’ conferences.

Decision time in sight for unions

If the overall Ictu ballot is a yes, members that voted against Croke Park II must decide if they will fight on, writes Stephen Rogers.

TUI delegates have voted not to re-enter any talks with the Government on the proposed successor to the Croke Park Agreement and to ballot on withdrawing from Ictu should any of its proposals be forced on teachers.

Unions against Croke Park II claim the Government is "scaremongering" by claiming that time is running out and it should be accepted.

The Government is operating undemocratically and akin to a “dictatorship” by pursuing cuts to the incomes of more than 20,000 public service pensioners without any form of consultation with those affected, it has been claimed.

An umbrella organisation representing the country’s primary school boards of management has claimed cuts proposed under Croke Park II will have a “high and long-lasting cost” on children’s education.

Government plans to save €1bn from the public service paybill under Croke Park II were given a major boost last night when the leadership of Siptu said it would be campaigning for a yes vote.

The Association of Secondary Teachers Ireland has become the latest union to recommend its members reject the new Croke Park deal.

Four trade unions opposed to the proposals for a new Croke Park Agreement have launched a joint campaign to urge their members to vote against the new deal.

The Irish Medical Organisation has become the latest public service representative body to recommend its members reject the terms of Croke Park II.

Debt deal mooted - Another reason to be optimistic?

It is far, far too early to celebrate the announcement that the European Union is considering an extension of Ireland’s debt repayments scheduled over five years or more, but it may not be too early to hope this development means the tide may really be turning in our favour.

No recommendation from INTO on how members should vote

The Irish National Teachers’ Organisation executive has decided not to issue a recommendation to its 32,000 members on whether to vote to accept or reject the €1bn in savings being sought under Croke Park II.

The Department of Health has moved to try and stop a negative reaction that highly paid people would be exempt from Croke Park Two cuts.

Teacher unions may seek clarifications ahead of vote

Teacher unions remain uncertain about their next steps in relation to the proposals from the Labour Relations Commission.

Croke Park II - Hard to see how €1bn will be saved

It is difficult to see how the measures unions still involved in the Croke Park II talks have agreed to recommend to their members will save the necessary €300m in the next nine months — or €1bn before 2016.

More than 11,000 rank-and-file gardaí will today escalate their “turn off the goodwill” protest against the proposed cuts to premium pay by refraining from using any personal effects during their working day.