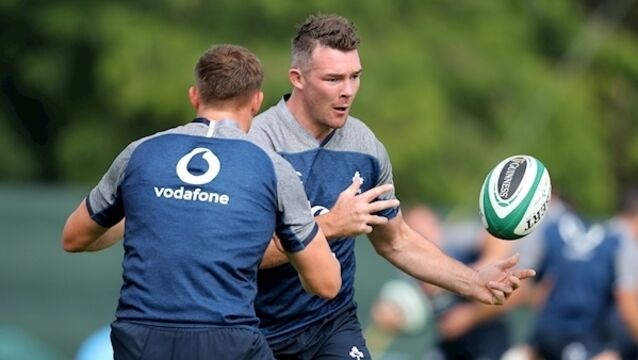 O'Mahony: Players can't take their foot off the gas despite injury concerns

Peter O'Mahony says no player can afford to give less than 100% in Ireland's World Cup warm-up games – despite Joey Carbery's injury scare against Italy. 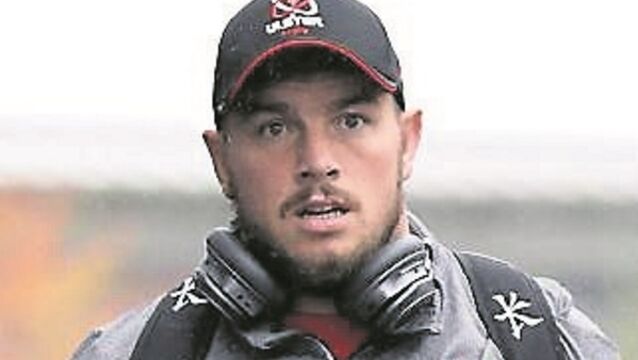 Jim Stokes Auckland-born Sean Reidy makes his 100th appearance for Ulster tomorrow against the Dragons at Rodney Parade - the same opponents he faced when making his debut five years ago.

Players aren’t bits of furniture or pieces of meat

Should Leinster be pressured into diluting their resources because another province is struggling?

So with Gibbes gone, where to now for Ulster Rugby?

Eight debutants is a lot of inexperience to field in a Test match, not to mention the seven other players in the Ireland 23 with fewer than 10 caps each to their name. Yet having come through their baptisms with an eight try to three victory over Canada, head coach Joe Schmidt was satisfied he had laid down some more foundations for the rest of his three-year term and beyond the 2019 World Cup in Japan.

Joe Schmidt spoilt for choice ahead of All Blacks revenge mission

Ireland 52 Canada 21:&nbsp;Job done for Ireland&rsquo;s wannabes against a feisty Canada side and plenty of positives for Joe Schmidt to bank for future campaigns, but the head coach is already bracing for a very different challenge in next Saturday&rsquo;s rematch with the All Blacks.

Ireland's second-string saw off Canada 52-21 but most likely failed to sway boss Joe Schmidt's selection for the New Zealand rematch next weekend.

Ireland&rsquo;s&nbsp;clash with Canada this evening may not be as momentous as last week&rsquo;s historic win over the All Blacks, but one man will treasure the fixture.

Nothing but perfection will do for Joe Schmidt

New week. New team. This evening&rsquo;s Guinness Series opener against Canada at Aviva Stadium may have all the hallmarks of the calm following a storm given the history that was made in Chicago seven days ago, but then again this is an Ireland squad coached by Joe Schmidt.

Canada ‘searching for credibility’ in Dublin

Donal Lenihan: what message is the IRFU sending out?

New Munster signing Sean Doyle is no stranger to Thomond Park after joining the province on a three-month contract as replacement for injured skipper Peter O&rsquo;Mahony.

Official notice of Matt O&rsquo;Connor&rsquo;s exit from Leinster landed shortly after 10am yesterday, but the writing had been on the wall for the Australian head coach for a month.

For a while there, during the seven years when Irish sides claimed the Heineken Cup five times, there was a tendency to dismiss a Celtic League title as a trifling thing.

Ulster must end a nine-year wait for silverware if they are to be truly taken seriously as a force in Europe, according to Tommy Bowe.

Ulster have broken into their bank vault to sign All Blacks scoring machine Charles Piutau with a reputed &pound;1million-plus two-year deal.

Best: Kiss uses board game to keep us guessing

Ireland’s lateral-thinking coaches will grab any Test-match edge, but Rory Best never expected Les Kiss to dust off a classic 80s board game for an analysis session.

“I am delighted to have signed a new contract with the IRFU and Ulster,” said Bowe, who has won 55 caps.

Kiss: Ireland will give Best as long as possible to prove fitness

Defence coach Les Kiss has insisted his four-month Ulster sabbatical will have no impact on his preparations for Ireland’s autumn Test series.

Ulster ship very much on course

Ulster are familiar foes for the patrons at Leicester&rsquo;s Welford Road.

Kiss to join Doak at Ulster after World Cup

Peter O&rsquo;Mahony has backed Ireland team-mate Sean O&rsquo;Brien to bounce back from his injury nightmare.

Bowe and Jackson return for Ulster

Neil Doak may have ambitions to become a head coach but that does not necessarily mean he would be comfortable succeeding Mark Anscombe at Ulster in the near future.

Ireland&rsquo;s most-capped hooker, Rory Best, has been handed the captaincy of Ulster for a second time.

If a sense of trauma permeates the Ulster rugby squad following the shock departures in the summer of David Humphreys and coach Mark Anscombe someone has forgotten to tell Tommy Bowe and Darren Cave.

Two of Joe Schmidt&rsquo;s Ireland assistants will now spend their pre-season and more overseeing the affairs of clubs after confirmation yesterday Simon Easterby is to take over the role of forwards coach with the national side.

Ulster head coach Mark Anscombe has been sacked with Ireland assistant Les Kiss stepping in as interim director of rugby at Ravenhill.

Leinster fans will be smiling today with the news of their pool draw for next season’s European Rugby Champions Cup.

Robbie Diack says it will be a dream come true when he makes his international debut today six years after leaving his native South Africa to pursue a rugby career in Ireland.

Work to do after longest goodbye

On Saturday, Leinster not only bring the curtain down on the domestic rugby season but also on the longest goodbye the game in this country has ever seen when Brian O&rsquo;Driscoll lines out as a professional rugby player for the last time.

Anscombe bemoans ‘one that got away’

Is there one last push left in Munster?

Munster put some gloss on a losing weekend yesterday when the province announced the capture of former New Zealand Junior World Cup-winning captain Tyler Bleyendaal on a three-year contract.

Disappointment for Penney on Thomond swansong

There may be bigger battles ahead in the culmination of this RaboDirect Pro12 campaign but Munster will close their regular season at home to Ulster this evening intent on maintaining momentum with the play-offs just a week away.

Muller plans to go out on Ulster high

It&rsquo;s the last stand for Ulster and their South African captain Johann Muller as they attempt to reach the Rabo-Direct Pro12 play-offs when Leinster travel up the road to help officially open the new Ravenhill facilities.

Tomorrow night’s clash between Leinster and Ulster in the recently redeveloped Ravenhill has been given an extra dimension with the return from suspension of full-back Jared Payne to Mark Anscombe’s squad.

David Nucifora cracked two jokes on his introduction to the Irish media yesterday.

Ulster have signed prop, Dave Ryan, from Zebre on a two-year contract.

Anscombe: We were pretty hard done by

Grounds for excitement at Ravenhill

Shane Logan and David Humphreys are overseeing a radical overhaul of Ulster rugby and its future ambitions — the physical manifestation of which is a €40m refit of Ravenhill, writes Rod Nawn.

Ulster coach Mark Anscombe is convinced the full house at the refurbished Ravenhill will have a key role to play in Saturday’s Heineken Cup quarter-final against Saracens.

McCall: This will be Ravenhill’s biggest night

Ulster’s Heineken Cup quarter-final against Saracens on Saturday will be the biggest home match in the club’s history, according to Sarries’ Director of Rugby, Mark McCall.