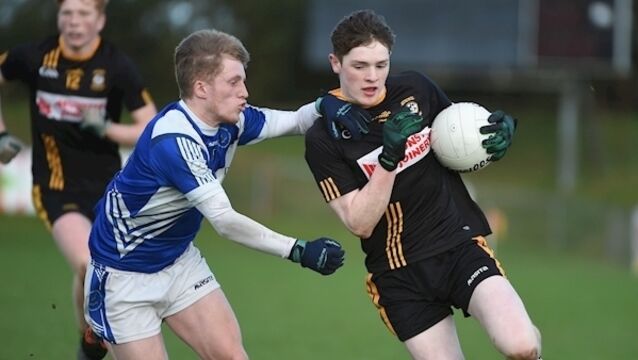 “This is a huge achievement for a small school.” 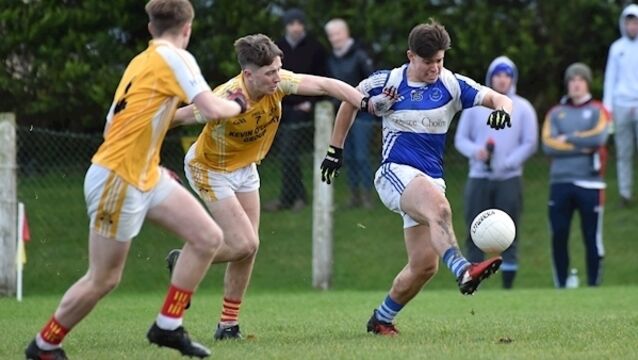 Hamilton High School Bandon have finished top of Group A following their win over Coláiste Choilm Ballincollig in the final round of the Corn Uí Mhuirí at Newcestown. 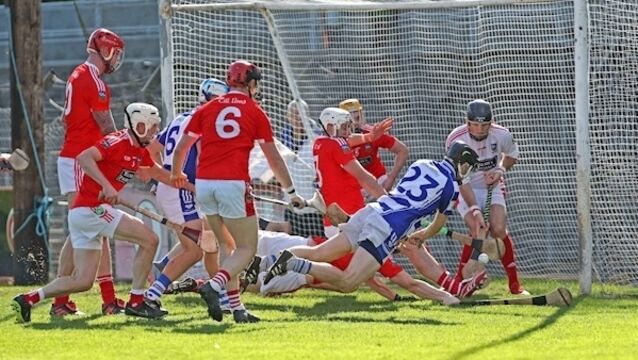 Kilworth will hope it can be a case of third time lucky against Fr O’Neills after they moved past Inniscarra in today’s Cork PIHC semi-final at Páirc Uí Rinn.

Slick Students step into third round

They got nothing easy from Muskerry in a freezing cold Páirc Uí Rinn tonight, yet UCC pulled away in the second-half of this Colleges/Divisions tie.

Two first-quarter goals paved the way for Muskerry to book their place in round 2 of the Cork SHC after a 5-17 to 1-15 win over Duhallow at Páirc Uí Chaoimh last night.

After 101 years of waiting, the Christian Brothers College supporters weren’t in any rush to leave a damp Kilfinane on Saturday.

Nine points from Chloe Foxe propelled St Martin’s to the final of the AIB All-Ireland Senior Club Camogie Championship as a result of a 0-11 to 0-5 win over Inniscarra at WIT Carriganore.

Christian Brothers College booked their place in the Harty Cup semi-finals in most dramatic fashion this afternoon.

Courcey Rovers 3-18 Inniscarra 0-19: Ultimately, it was Se&aacute;n Twomey&rsquo;s first-half hat-trick that propelled Courcey Rovers into the third round of the Cork PIHC in this proverbial game of two halves played at the pristine Ballygarvan venue yesterday.

The more things change, the more they stay the same.

EIMEAR RYAN: Are Tipp ready to ignite in the camogie championship?

A tally of 2-7 from Mark Sugrue saw Carbery safely past Ilen Rovers (4-16 to 1-12) &nbsp;in their Cork county SFC round 1 replay at Castlehaven on Sunday afternoon.

Cork’s Niamh McCarthy: The hardest part was just not playing

There was a time, even as she had barely entered her teens, when it seemed inevitable that the Niamh McCarthy would play for Cork.

Signposting the future: Ten players who'll make a name for themselves in 2017

If they&rsquo;re handled properly and don&rsquo;t burn out in their teens, here&rsquo;s ten talents who&rsquo;ll make a name for themselves in 2017...

The Cork County Senior Camogie Champions Inniscarra had another reason to celebrate today as they helped teammate Margaret Cosgrave get married.

Inniscarra 1-10 Inagh-Kilnamona 0-7: Just three days after securing a first Cork crown in five years, Inniscarra are only one game away from adding a Munster title after a strong second half showing to defeat newly crowned Clare champions Inagh-Kilnamona.

After the darkest of days, some brightness emerges

One thing Anthony Foley&rsquo;s tragic passing highlighted over the last week was just how small and tightly knit the European rugby community is.

Resilient Rochestown College dig it out

Cork star Patrick Horgan was the hero as Glen Rovers edged out Sarsfields in a dramatic replay.

You&rsquo;re rolling down a country road and you notice the bunting: a small club in a county final.

Cork 3-7 Galway 3-4 (All-Ireland U14): The 34th edition of the Tony Forristal tournament opened at 10am on Saturday, and 10 hours later, Cork and Galway still didn&rsquo;t want to go home.

Valley turn on the style and blitz Inniscarra

No room for distractions as Cork think positive

The all-too-familiar criticism surrounding Cork hurling&rsquo;s underage plight was yet again dragged front and centre in the wake of the county&rsquo;s Munster semi-final defeat to Waterford earlier this month.

Watergrasshill climb back to shock Cloyne

Watergrasshill 1-16 Cloyne 2-11:&nbsp;&ldquo;We won with pure heart and determination,&rdquo; was the verdict of Watergrasshill manager John O&rsquo;Regan after his side battled back from eight points down to snatch victory at the death over a fancied Cloyne in the Cork Premier IHC on Saturday.

Busy times for Cunningham as UCC gear up for Cork test

While the rigours of the Dublin senior hurling manager&rsquo;s job have yet to fully kick in for Ger Cunningham, he remains busy in his other sideline role, that of guiding the hurlers of UCC.

Muskerry turn on the power

McNamara the ace as Kilworth edge out Inniscarra

Fennelly returns at centre-forward for Cats but no room for Shefflin, Walsh, Power or Fogarty

U17 football: Cork&rsquo;s U17 football development squad faced Dublin in a series of challenge matches at Clonakilty last Saturday.

James O&rsquo;Donovan estimates he has missed &quot;about half&quot; of the Bandon hurlers&rsquo; training sessions in the past couple of months.

The lot of a county intermediate manager can be a trying one.

Limerick ‘in good shape’ for Tipp

Limerick manager TJ Ryan will pick from a full panel for Sunday week&rsquo;s Munster SHC clash with Tipperary, with Declan Hannon, Seamus Hickey and David Breen all available for selection.