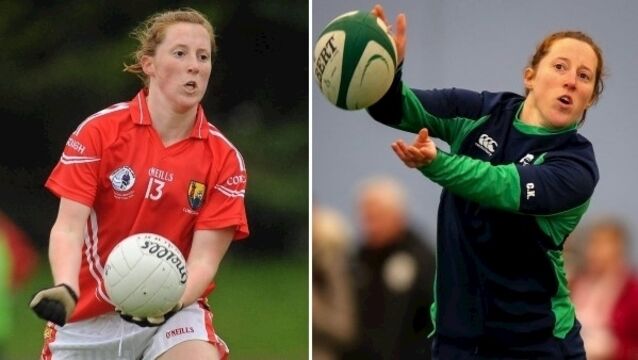 The Youghal-native will make her first Ireland start at fly-half in Sunday's Women’s Six Nations game against Wales. 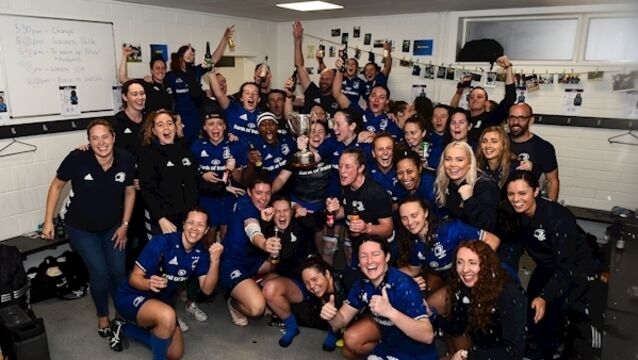 Leinster retained the IRFU Women’s Interprovincial Championship with a 25-12 win over Connacht at Energia Park - the first time they have won back-to-back titles. 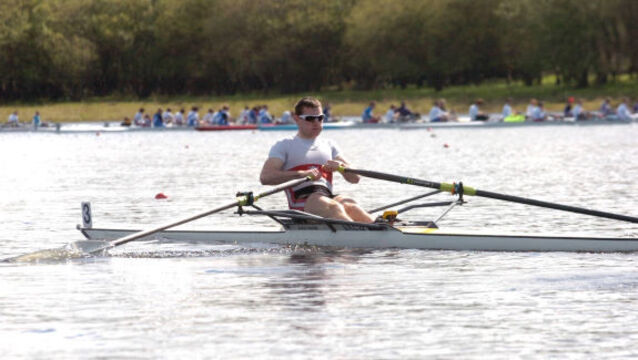 Olympic silver-medalist Paul O’Donovan is the standout absentee from the Irish team that will travel to Lucerne for the 2019 European Rowing Championships that will take from 31st May – 2nd June.

Goalkeeper Diarmuid Doody is the only survivor from last year&rsquo;s Munster U17 football competition as Cork begin their campaign in the new minor grade tonight against Waterford in P&aacute;irc U&iacute; Rinn (throw-in 7pm).

The Ireland Women’s wait for a first Six Nations win on French soil goes on after les Bleues blitzed them for four tries in front of a 9,632-strong Toulouse crowd.

Terrace Talk: It took a while but Mourinho’s charges give Everton a kicking

It&rsquo;s not something I usually hasten to admit but my heart isn&rsquo;t entirely hardened to Everton Football Club &mdash; and I know I&rsquo;m not the only Manc Red who feels like that.

You don&rsquo;t need to be one of Agatha Christie&rsquo;s famous detectives to uncover the charms of this famous spa town, says John Chambers.

The ultra-competitive fare in Ulster Bank League Division 1A has seen Old Belvedere edge their way to the summit.

Enda McEvoy: Devil in the detail for Manchester United

Really, the illustration says it all. Drinan at his very best. The Red Devils led by football&rsquo;s ultimate Mephistophelean figure. (&ldquo;Pleased to meet you, hope you guess my name.&rdquo;) An accompanying column is almost superfluous. Self-publicists make their own importance.

Rare portrait of James Butler hammers out €120k at auction

Adams will not face charges over IRA murder

Sinn F&eacute;in president Gerry Adams will not be prosecuted in connection with the IRA murder of Belfast mother of 10 Jean McConville.

AIL Previews: Will Deasy come back to haunt Cork Con once more?

PLANNING NOTES: Old Youghal textile factory will not be redeveloped

Permission for the redevelopment of a former textile factory in Youghal has been overturned by An Bord Pleanala.

It&rsquo;s only five months since Ireland made history at the Women&rsquo;s Rugby World Cup by beating New Zealand in the pool stages and reaching the semi-finals, but the personnel changes since have been seismic.

One of Ireland’s oldest whiskey distilleries has been bought by a Mexican tequila giant.

Rebels come back at Waterford to salvage replay

Cork and Waterford have provided hurling supporters with a highlights reel all of their own over the years and produced another one for the annals before having to settle for a replay in Semple Stadium on June 8.

United are too big to fail and will rise again, insists Moyes

My future has not changed one bit.

If Annie stays, she wins

Any day you have a winner at Cheltenham is a good day and I was more than happy with Faugheen’s victory in the first.

Leinster boost as Strauss back for clash with Cardiff Blues

Leinster have been boosted by the return to fitness of Richardt Strauss as they aim retake top spot on the RaboDirect PRO12 table with victory over Cardiff Blues at Arms Park this evening (8.05pm kick-off).

Plumes of water vapour 100 miles high may have been spotted bursting out of the icy surface of Jupiter’s moon, Europa.

A small but elite band of athletes will represent Ireland at the IAAF World Youth Championships in Donetsk, Ukraine.

Belvo end run of defeats with win over Garryowen

On a day when International Women’s Day was celebrated across the globe, the Ireland women’s rugby edged closer towards immortality.

A night of drama at the National Stadium last night in the 2013 Elite National Championships, the birth of a new legend, the end of another as the great light-heavyweight Kenneth Egan, seeking a record 11th title in a record 13 consecutive final appearances, was forced to give way for the third year in succession to the more powerful teenager, Joe Ward.

Title chances up for grabs as big guns ruled out

This year’s Elite national boxing championships are only at semi-final stage but already we know that five titles will change hands this year.

Cristiano Ronaldo refused to celebrate his goal during tonight's 1-1 draw with Manchester United out of respect for his six years with the Old Trafford club.

She may be the fastest woman in Ireland but sprint champion Ailís McSweeney was fashionably late for her wedding yesterday.

The Scottish Football League’s 30 member clubs will meet tomorrow to discuss proposals for reconstruction to revive the game.

Gooding Jr. branded bartender 'racist' for throwing him out

Cuba Gooding Jr. branded a female bartender a racist after she kicked him out of a New Orleans bar.

Seven neighbouring food companies in north Cork and east Limerick have boosted their business by launching the umbrella brand A Taste of Ballyhoura Country.

It’s squeaky bum time for many in Irish hockey this weekend as a slew of league titles and cups are up for grabs across the country.

Win installs Clontarf at top of Division 1A

BARRY KEESHAN’S hopes that Dolphin would show their true colours in the Ulster Bank League Division 1A with a run of home games are coming to fruition.

A slice of history

THE four-star Old Ground Hotel in Ennis has a long and somewhat chequered history.