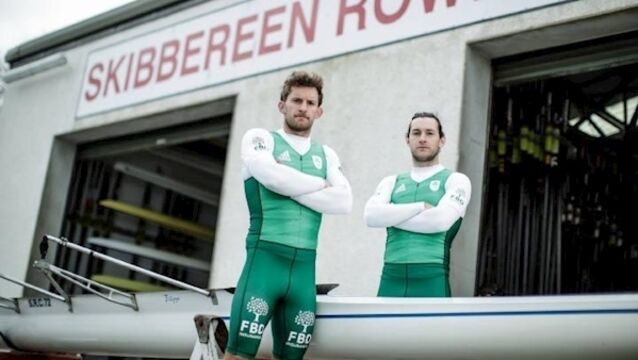 Paul and Gary O’Donovan have been joined at the hip in the public consciousness since winning silver medals in Rio four years ago, but the pair had been gliding along on parallel but separate paths this last year until the coronavirus thrust them back into each other’s pockets. 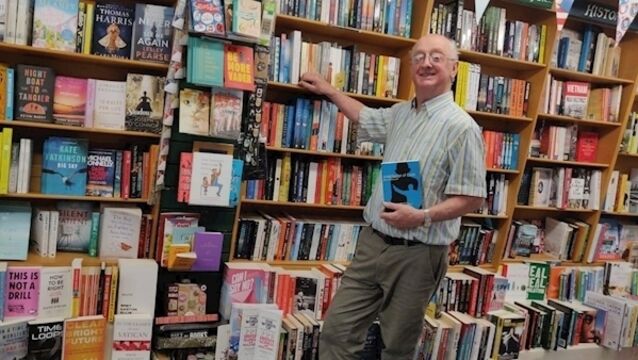 We Sell Books: ‘In some ways, the pace of life slowed as a result and people turned again to books’

Cathal O’Donovan owns the Skibbereen Bookshop in Co Cork. It sells books, schoolbooks, art and craft materials and stationery and is located on the main street of the west Cork town. 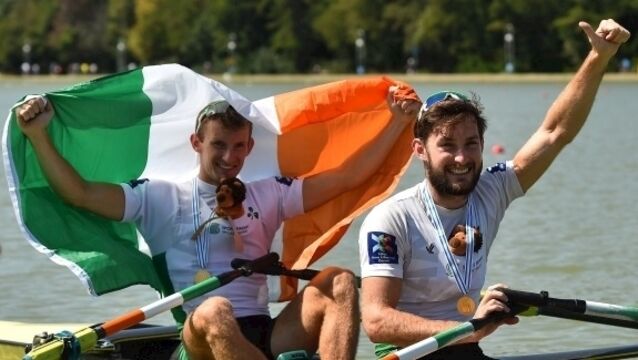 Double gold for Ireland was the climax of an historic weekend at the world championships in Bulgaria where Sanita Puspure and the O’Donovan brothers finally reached the top of the podium.

More gold for O’Donovans at World Cup in Lucerne

Paul and Gary O&rsquo;Donovan&rsquo;s bid to win another Olympic rowing medal, in Tokyo in 2020, is being jeopardised by a shortage in funding that has left the Skibbereen pair making do with a four-year old boat.

Wine: Re-discovering the south of France

Back to southern France again this week, as I find myself enjoying the wines from here more and more.

The stretch of water hidden behind Farran Wood rarely looked better than it did yesterday, the lake sparkling in a blazing sun as the National Rowing Championships took place.

O&rsquo;Sullivan was honoured with the accolade of Outstanding Contribution to the Olympic Movement in Ireland at the inaugural Olympic Council of Ireland Awards last night.

South African wines to get you in that summer mood

There is a tendency among wine enthusiasts to constantly refer to the beauty of vineyards and wine regions, but some of this I think comes from the fact that we feel so at home in these magical places that produce our favourite sustenance.

Olympians put on a show in Skibbereen Regatta

There is no easy way to tell parents at any stage of pregnancy that their baby has a severe fetal abnormality and may die in the hours or days after birth. But delivering a late diagnosis only adds to the trauma and grief. So say the doctors and parents who spoke to Health Correspondent Catherine Shanahan about the importance of a 20-week fetal anomaly scan.

Wine suggestions this week are all white and all smell wonderfully

If you are reading this it is fair to assume that you are interested in wine, not just because it has the power to &lsquo;banish care&rsquo; but because how it interacts with all your senses.

The stand and temporary seating were packed and the star attractions didn&rsquo;t disappoint as Skibbereen&rsquo;s O&rsquo;Donovan brothers lit up the 2017 Indoor Rowing Championships at the University of Limerick on Saturday.

They glided across the finishing line with ease, so much so that there wasn&rsquo;t a ripple of a surprise when it was announced that hero brothers Paul and Gary O&rsquo;Donovan, who captured the hearts of the nation with their Olympic rowing silver medal triumph, had won the Cork Persons of the Year Award.

If you are reading this page I&rsquo;m assuming you are not on the dry for the month of January, a practice that rather baffles me given the depression that often settles on people in this darkest of months.

Corkness is on the rise

There&rsquo;s something unmistakable in the air. A threatened ideology is blossoming again. A people are emboldened.

For many people in Ireland there are just one or two Champagne brands, I won&rsquo;t mention them but let&rsquo;s just say the one with the orange label and the other one.

Paul O’Donovan: I thought I should keep my promise

Another week, another chapter onto the O&rsquo;Donovan legend.

You can imagine the type of conversation between the blue and green channels in Arrivals as the O&rsquo;Donovan brothers ambled through last night.

DARK shadows hanging over Ireland&rsquo;s participation in the Olympic Games, in Rio de Janeiro, were lifted briefly by two sparkling events over the weekend.&nbsp;

Olympic achievements not dulled by controversy

Paul Brady is often referred to as a musician&rsquo;s musician, the implication being that his work is better appreciated within the trade than among those who take their music off the car radio. The Pat Hickey business last Wednesday had that feel.

Organisers couldn&rsquo;t have asked for a better 25th birthday celebration for the big midlands agricultural show.

Epic hurling semi-finals were games of centimetres, not inches

I may need a night or two at the Fleadh Cheoil in Ennis this week after a pair of outrageous hurling highs at the weekend.

Dominic Casey helped the O'Donovans go from messers to masters

The low-profile coach credited as the driving force behind the O&rsquo;Donovans&rsquo; silver medal success once banned Gary from Skibbereen Rowing Club for a week.

TV View: The O'Donovans are part philosopher kings, part Cha and Miah in a boat

D-day on the water. The afternoon a nation turned on, tuned in and became instant rowing experts.

The O'Donovan brothers are claiming the family silver in Rio

It had a sheen of Rio, the carnival atmosphere that descended on the town of Skibbereen when its two Olympians, Paul and Gary O&rsquo;Donovan, yesterday claimed a place in the men&rsquo;s lightweight double sculls Olympic final.

Some good quality wines from Austria

Austrian wine still struggles a little in Ireland and some of the blame for this can be traced to one lapse of judgement in the 1980s.

The moment that 11 Pike Rovers players emerge onto the Aviva Stadium turf this afternoon will mark a first in the careers of each and every one of them.

Rowing Ireland chief executive Hamish Adams hopes yesterday&rsquo;s medal haul at the European Championships in Germany lays the foundation for glory at the Olympic Games in Rio later this year.

Easter Saturday is not necessarily the time you would expect me to be writing about spicy foods but my favourite Easter dinner is a rich yoghurt and spice marinated slow-cooked lamb dish called lamb raan, and it was thinking about this that led me to tackle once again the issue of wine and spice.

Recently I gave over my column to the joys of sherry and wrote about how well it goes with food. This week it is the turn of port. Port and sherry are drinks we wrongly associate with Christmas when in fact they work all year round.

Irish wine drinkers are far too polite. I doubt any other consumer sector in any other country would take the same level of abuse from their government so placidly.

There were encouraging Irish performances at the World Rowing Championships yesterday, although the final mood will be determined after the Olympic roll call is finalised this weekend.

The&nbsp;Connemara Mussel Festival (May 1-3)&nbsp;picked up one hell of an accolade last year.

Taste of West Cork Food Festival to serve up treats

Time once more for A Taste of West Cork Food Festival (September 5 to 14), celebrating the produce and food culture of The Menu&rsquo;s spiritual hinterland of West Cork, kicking off with a Taste of West Cork Gala Dinner at the Inchydoney Island Lodge and&amp; Spa.&nbsp;

Walk of the Week: Glandore Harbour and Drombeg

WE take the road across from the pier, between the Marine Hotel and the house opposite it.

SUMMER 2014 seems to be getting better and better to the extent that eating outside seems to have become the norm in our house.

I RETURN to the wines of Spain again this week which I realise is starting to become a bit of a habit.

I haven&rsquo;t featured supermarket wines in a few weeks so this week I want to mention SuperValu who have a new world wine sale on for May.

Sugar & Spice is a wonderful cooking competition& open to all ages and all levels of experience in aid of the very excellent Cork-based Hope Foundation charity, which works with deprived street children in Kolkata, India.

AH SPAIN. Is there any wonder so many of us go there on holidays every year.

Bord Bia has announced the organisation’s latest round of recruitment to select 20 graduates for the Bord Bia Marketing Fellowship.

ARE there any wines that are not improved by being paired with an appropriate food?

It is somewhat depressing, even nowadays, to be introduced to an Asona in his 40s.

Sky’s the limit as Liss Ard throws open its doors

The beautiful Skibbereen estate has revamped its hospitality business and is also free for walkers, writes Tommy Barker