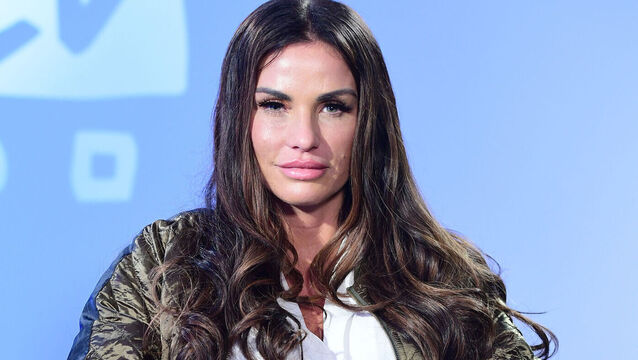 A 32-year-old man arrested on suspicion of assault, theft and coercive and controlling behaviour 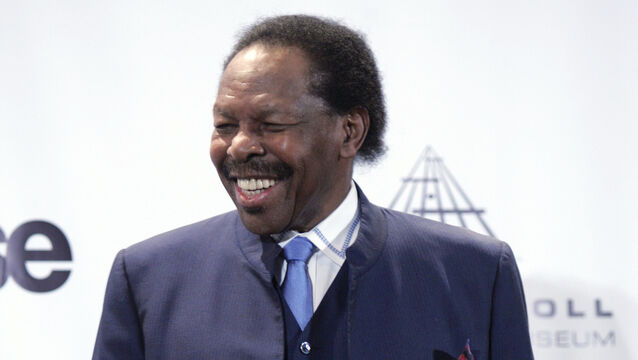 Singer-songwriter Lloyd Price, an early rock ‘n’ roll star and enduring maverick whose hits included Lawdy Miss Clawdy, Personality and the controversial Stagger Lee, has died at the age of 88. 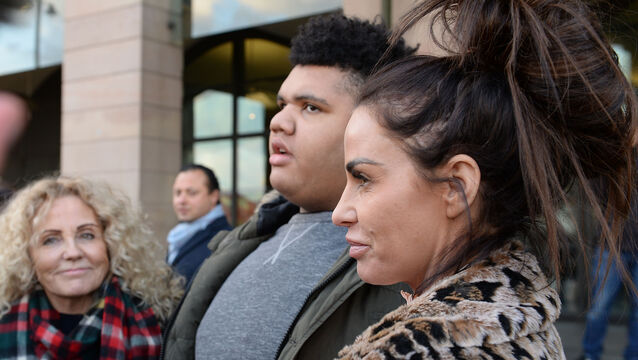 Katie Price has said her son Harvey is “safe and well” at home after suffering a reaction to the coronavirus vaccine. The disabled 18-year-old, who is in a priority group for the clinically vulnerable, had the Oxford/AstraZeneca jab on Friday.

Katie Price says she is registered disabled after holiday fall

Katie Price has said her son Harvey is feeling “a lot better” after he was admitted to intensive care.

Katie Price has said her son Harvey is still in intensive care, but that he is being “brave and strong”.

Katie Price has said her disabled son Harvey is being treated in intensive care in hospital.

Residential property prices increased by 5.6% nationally in the year to January.

Statistics that illustrated backward kick-passes were not as prevalent as has been perceived weren’t enough to save the experimental handpass rule on Saturday.

Petrol and diesel prices fall as drivers urged to shop around

Petrol prices have hit their lowest point for 16 months, which should please motorists.

Sellers should try to get the price tag right

The market is full of surprises, and vendors have to pay attention to guide prices, writes Tommy Barker.

The average debt per cow ranges from €368 to €1,337 across the different dairy expansion categories, according to analysis of the Teagasc National Farm Survey results for 2017.

Prices were 0.8% higher in July compared with the same time last year, according to the Central Statistics Office.

Hundreds of workers on Norwegian offshore oil and gas rigs have gone on strike after rejecting a proposed wage deal, leading to the shutdown of one Shell-operated field and helping send Brent crude prices higher.

Britain&rsquo;s poorest families will face the biggest food price hikes if Brexit happens without the UK reaching a withdrawal deal with the EU, a new report warns.

House prices have increased by an average of &euro;24,000 in the second quarter of the year, with asking prices in the capital up &euro;32,000 since the start of the year.

More than two thirds of Irish motorists have seen their insurance premiums rise by at least 15% year-on-year, with some experiencing rises of over 50%, a new study shows.

Stephen Cadogan: Hard to get food industry fairness in an unequal battle

Farmers won&rsquo;t hold their breath waiting for a better share of what EU consumers spend on food, even if European Commissioner for Agriculture and Rural Development Phil Hogan has claimed progress on this issue, in the form of the Slovak EU Presidency securing unanimous Council of Agriculture Ministers conclusions on strengthening the position of farmers, with Ministers also signing up to greater transparency on margins and prices, and agreeing clearer ways to achieve farmer co-operation.

Analysis by the ICMSA has demonstrated that the margins taken on beef by retailers and processors continue to grow while the farmer&rsquo;s share continues to decline steadily.

Marcella Corcoran Kennedy under fire on plans to change the sale, advertisement, and price of alcohol

Marcella Corcoran Kennedy, the junior health minister, has come under fire from members of her own party over plans to change the sale, advertisement, and price of alcohol.

Anger is rising among farmers in north and east Cork who says their co-ops are paying them less for their milk than their West Cork neighbours&rsquo; co-ops.

Brent crude above $50 a barrel

Crude oil prices advanced, extending the longest winning streak in more than a year, as US crude and petrol inventories declined.

Liquid milk farmers need 55c/l to break even in winter

With winter liquid milk price negotiations only a few weeks away for producer groups, unviable base milk prices mean producers would need to secure 55c/l for their liquid milk next winter just to break even.

An Post has announced plans to increase postage rates from next month.

Oil traders eye signs of the end of supply glut

Oil investors are finally buying into the notion that the biggest risk to the price now is supply falling short of demand, rather than from any stubborn overhang of unwanted crude, the options market shows.

British supermarket giant Sainsbury&rsquo;s yesterday said it was prepared for an escalation of price wars in Britain&rsquo;s highly-competitive supermarket sector after reporting a decline in underlying quarterly sales.

Oil traded near $49 a barrel in New York, yesterday, as Opec ministers arrived in Vienna for talks after prices rebounded from 12-year lows.

A warning from Marks &amp; Spencer&rsquo;s new boss of a short-term profit hit from efforts to turn around its clothing business by cutting prices and improving ranges knocked its shares yesterday.&nbsp;

Together with some of my colleagues I was happy to accept an invitation from our new Minister for Agriculture, Food &amp; the Marine, Michael Creed TD, to meet him in the department last Thursday.

Over the course of 2015, energy prices dropped a stone bringing huge short-term benefits, in the process, to the Irish economy. Over the past few months, however, this trend has gone into reverse.

The IFA is calling on Agriculture Minister Michael Creed to suspend superlevy repayments while milk prices remain below the cost of production.

Shoppers are likely to make costly mistakes when descriptions of products force them to think about too many things at once.

Brokerage FCStone, the IFA and other dairy leaders are encouraging Irish co-ops to look at price hedging options to protect farmers against price volatility.

World food prices rose slightly in April, up for the third month in a row but they remained almost 10% lower than a year earlier, the United Nations food agency said yesterday.

Revenue at global nutrition group Glanbia fell 2.5% in the opening quarter of the year as dwindling milk prices hit the company&rsquo;s ingredients sector.

Cuba cuts prices of foods after complaints from state workers

Cuba is cutting the prices of some basic foods by 20% following complaints that many staples including rice and cooking oil are too expensive for the communist state's poorly-paid workers.

The London market edged back into positive territory as a rise in the price of oil eased the pressure on top-flight stocks.

‘Oil price could slide to $30’ amid wider commodities slump

Commodities including oil and copper are at risk of steep declines as recent advances aren&rsquo;t fully grounded in improved fundamentals, according to Barclays, which yesterday warned that prices may tumble as investors rush for the exits.

US oil slips to trade near $40 a barrel

Oil slipped from a three-month high to trade near $40 a barrel in New York, paring a fifth consecutive weekly gain.

British explorer Europa Oil and Gas has said the current oil price environment is not hampering its efforts to find development partners for assets it holds in Ireland and elsewhere.

Dublin hotels had the highest revenue growth and recorded one of the highest occupancy rates in Europe, while prices are heading back to 2017 levels as shortages persist, according to a major report.

A quarterly fuel price survey by the Irish Farmers Association has revealed that the cost of agricultural diesel has fallen by 20%.

Farmers and food producers throughout Europe are heaping pressure on national and EU authorities to take firmer positions on retail practices.

Vegetable growers are in crisis due to a combination of continuing low farm gate prices and the ongoing adverse weather conditions.

Northern Trust&rsquo;s chief economist has cast serious doubt over the possibility of a significant oil price recovery this year as the ongoing price war continues.