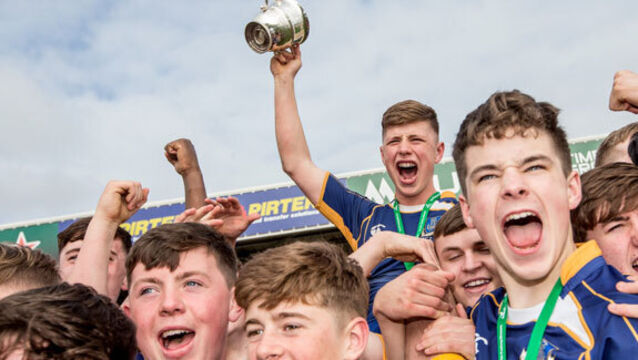 Marist College 25 Garbally College 0: Marist College capped an impressive season with a comfortable win over Garbally in the Connacht Schools Junior Cup final at The Sportsground. Two tries each for Liam Winnett and Mattie Nally sealed the win, Marist&rsquo;s sixth title and their first since 2013.

Sligo in tough battle to see off Leitrim

Premier boost as Corbett returns to the fold

Lar Corbett has handed Tipperary a massive pre-championship boost by returning to action with the Premier County.

London set up Mayo clash in their first ever Connacht final

Power and Walsh out but Fennelly and Rice passed fit

Richie Power and Walter Walsh are unable to take their places in the Kilkenny team to face Tipperary in tomorrow’s Division 1 final in Nowlan Park — but Michael Fennelly and Michael Rice have been passed fit for the game.

Beirne makes most of reprieve

Mayo boss James Horan yesterday launched a scathing attack on RTÉ pundit Joe Brolly claiming comments he made before the All-Ireland final “were targeted against Mayo.”

Michael Meehan looked back to his best for Galway as his four points helped the Tribesmen to a facile win 0-16 to 0-6 over NUI Galway at Tuam Stadium yesterday.

Not since the days of Mick O’Dwyer have Laois enjoyed such a fruitful summer.

As opening statements go this was as impressive as it could get from Mayo as they cruised into yet another Connacht SFC final at their leisure in Castlebar yesterday.

Relief as Leitrim sneak past Exiles

Her Majesty didn’t add a Ruislip leg to her Jubilee celebrations, which was perhaps a good thing for Leitrim as they were given enough of a fright on the pitch.

Quigley in form as Leitrim routed

First-half goals seal it as Wicklow move up to third

Wicklow moved up to third position in Division 4 after this six-point win over Leitrim at Aughrim yesterday.

Clare grabbed their fourth win in Division 4 when they had six points to spare over Leitrim in Cusack Park yesterday.

Leitrim take off after Cox goal

Despite a sluggish performance, Leitrim overcame their June 3 Connacht championship opponents London in a poor game at Carrick-on-Shannon.

Goals in both halves were crucial to Leitrim’s success in Dr Cullen Park yesterday.

Led by Eoghan O’Connor, Limerick upped the ante in the second half and put on a sterling show to comfortably beat Leitrim at Carrick-on-Shannon.

Leitrim too hot for GMIT

DESPITE fluffing three clear-cut goal chances over the hour, Leitrim still had a comfortable win over GMIT in an entertaining game at Strokestown’s new pitch.

Glancy on fire for Leitrim

LEITRIM scored a fully deserved win over Roscommon in a lively FBD League game in Ballinamore where a James Glancy penalty proved the decisive score.

THE return of Conor Mortimer provided the biggest cheer of the day as Mayo got the defence of the FBD Connacht League title off to a winning start at Ballyhaunis yesterday.

Coulter calls tune for Down

DOWN kept their championship season motoring along at Páirc Esler on Saturday but there was little to suggest the journey through the scenic route will be as rewarding as last year.

Meehan back for Tribe as Ó Flatharta shuffles deck

MICHEAL MEEHAN returns to the Galway starting lineup for tomorrow’s All-Ireland SFC qualifier against Meath in one of five changes made by manager Tomás Ó Flatharta following the Connacht semi-final defeat to Mayo.

O’Donnell’s joy as Rossies in

CHAMPIONS Roscommon eased to another Connacht final after crushing lacklustre Leitrim in this one- sided affair at Páirc Sean Mac Diarmada in Carrick-on-Shannon yesterday.

Brosnan back to bolster Kerry defence

EOIN Brosnan will make his first appearance in championship football since the 2009 Munster semi-final replay, in next Sunday’s provincial quarter-final against Tipperary after being named at centre-back in the Kingdom starting fifteen last night.