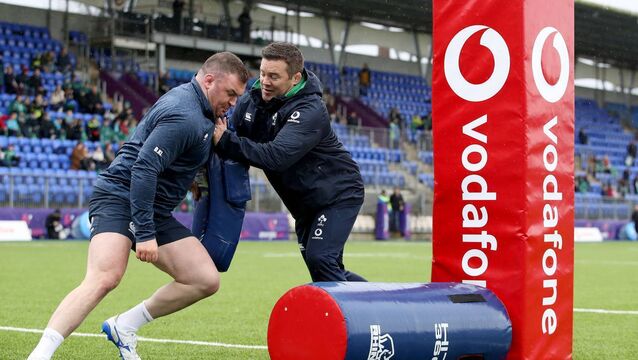 P ERCEPTIONS, like a rock-solid scrum, are hard to shift. 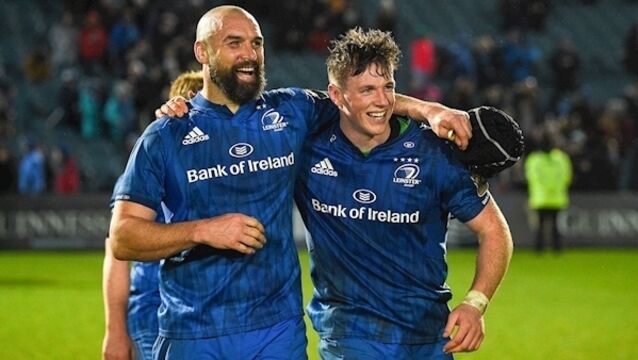 A global pandemic may be the only thing that can stop Leinster this season, if Friday night’s nine-try win over Glasgow at the RDS is anything to go by. 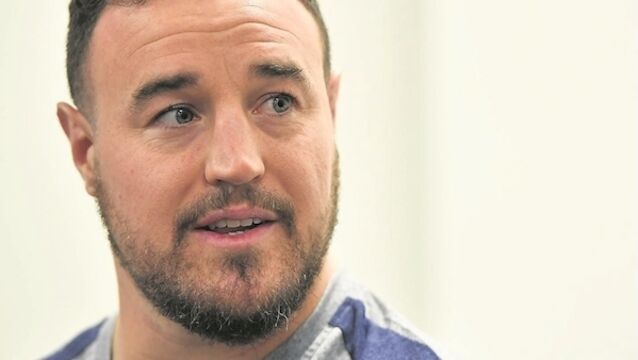 Paul O’Connell’s presence in Ireland camp got both of Ireland’s contenders for the starting hooker’s role thinking this week.

Donal Lenihan: Why this W does wonders for the confidence

It was a bit early in Andy Farrell’s tenure to be talking about a must-win game, but it was hard to escape the pivotal nature of Saturday’s tasty Six Nations encounter against Wales.

Donal Lenihan: Why this W does wonders for the confidence

It was a bit early in Andy Farrell’s tenure to be talking about a must-win game, but it was hard to escape the pivotal nature of Saturday’s tasty Six Nations encounter against Wales, writes Donal Lenihan.

Sexton sets the tone as Ireland rediscover their true voice

If last week was flat then this was full on.

Only a game? Not strictly true.

Improvement remains theme as Ireland prepare for jump up in class

Andy Farrell has backed the players who scraped past Scotland to take the extra steps required to overcome the greater challenge a rampant Wales will bring to Dublin on Saturday.

Ronan O'Gara has tried to put himself in the Ireland boss’s shoes this week and he knows all too well that there’s no such thing as a one-size-fits-all solution when it comes to team selection.

Conor Murray or John Cooney? It’s the selection question that has polarised opinion at the outset of Ireland’s new era under Andy Farrell but it doesn’t always have to be one or the other.

Far from perfect though Ireland were last Saturday, Jonathan Sexton was on to something when pointing out that they are in a far better position after than 12 months previously when their Triple Crown and Grand Slam hopes were already in ruins.

Conor Murray: 'Being written off does add to motivation'

It's the selection call that has divided opinion like no other in this new Andy Farrell era but Conor Murray and John Cooney put up a united and, it has to be said, relaxed front when they sat down together in front of the media at the National Sports Campus on Monday.

Garry Ringrose ruled out of Wales and England games

Meanwhile, uncapped Leinster back-row Will Connors has been drafted into Andy Farrell's squad.

No AIL, no Ireland Under-20 success. Noel McNamara has stressed the importance of club rugby to the success of Ireland’s age-grade player pathway, as his side bids to continue the winning start to its Six Nations title defence.

Andy Farrell warned his Ireland players they will need to sharpen up if they are going to keep “cock-a-hoop” Wales at bay in Dublin on Saturday.

Ireland women’s head coach Adam Griggs was a relieved figure after seeing his side overcome the stubborn challenge of Scotland in their Six Nations opener at Donnybrook.

It may have been Hogg with the schoolboy error but Ireland's report card is clear: must do better, writes Brendan O'Brien.

'The guts was phenomenal': Manner of victory exactly what Andy Farrell wants Ireland to stand for

The game in 60 seconds: A tale of two captains as Ireland edge Scotland

'It’s one game so nobody’s getting carried away': McNamara keeping U20s grounded as they begin Six Nations defence

Noel McNamara was keeping the feet of his Ireland Under-20s firmly on the ground after the defending champions got their Six Nations campaign off to a flying start with a bonus-point win over Scotland in Cork on Friday.

For all the elements that make up this brave new world for Andy Farrell and the Ireland team as they head into the 2020 Guinness Six Nations, it is one of the fundamental lessons from the disappointments of 2019 that will register the strongest on matchday one.

Tommy Bowe: ‘Having Mumford & Sons in the hotel the night before wasn’t the best idea’

Tommy Bowe scored 30 tries in 69 appearances for Ireland so how excited is he by the back three that starts on Saturday, what does he expect to see from Mike Catt’s attack as the Guinness Six Nations progresses and how does he feel about that Croke Park loss to the Scots ten years ago?

Stander: Every Ireland player has a point to prove

It's not just the new faces who must impress as Ireland kick off their Six Nations campaign tomorrow against Scotland.

The question didn’t come from out of left field so much as the Far East. Where, asked the Japanese journalist, would you rank Ireland on a scale from one to 100 right now?

Larmour: Time to stop talking about the World Cup

Fifteen weeks had passed since Ireland were turfed out of the World Cup by the All Blacks by the time Jordan Larmour sat down today wearing his IRFU gear.

World Rugby has cleared Ireland of accusations levelled by a Sunday newspaper that the IRFU applied pressure on the World Cup organisers to stop the Japan v Scotland match being rearranged in the wake of Typhoon Hagibis.

Alan Gilpin, the under-fire Rugby World Cup tournament director, showed his face in the media room at the International Stadium in Yokohama before yesterday’s crucial World Cup Pool A match between host nation Japan and Scotland.

Ireland booked their place in the Rugby World Cup quarter-finals with a comprehensive victory over Samoa.

It was Samoa who provided the opposition for Joe Schmidt’s introduction to Test rugby as Ireland’s head coach, way back when in November 2013.

Leinster maintained their 100% start to the Guinness PRO14 season in a game of two halves at a blustery RDS.

Italy head coach Conor O’Shea has called for “consistency” from World Rugby after Scotland have called for assurances that their crunch Pool A tie with Japan will go ahead.

Joe Schmidt is hoping Ireland’s long lead-in to their final pool game will help his team put in the performance tomorrow that will take them into the World Cup quarter-finals.

Ireland’s final World Cup pool game against Samoa on Saturday was given the green light by tournament organisers in Tokyo on Thursday morning but the effects of Typhoon Hagibis could still have far-reaching consequences for Joe Schmidt’s team.

Scotland have claimed all five points on offer with a 34-0 defeat of Samoa in the sweat box that was the Kobe Misaki Stadium on Monday but it took them over 76 minutes to do so.

As the world salutes Japan, Ireland retreat and regroup

And they say lightning doesn’t strike twice? That’s consecutive World Cups in which Japan has produced the seismic moment of the tournament.

Jack Carty was on holiday in Spain two years ago when Joey Carbery injured some ligaments in Ireland’s defeat of the USA in New Jersey.

Slowly but very surely, rugby and this World Cup are beginning to seep into the bones of Japanese society.

James Lowe blows out his cheeks, squeezes his hands into fists and takes a long, smiling pause.

Cian Healy has no desire to take a breather next weekend, when Ireland face Japan in Shizuoka, but the veteran prop would at least understand Joe Schmidt's way of thinking were he asked to sit on the bench, or in the stands.

Grand Slam winner Larmour, 22, will make his World Cup debut at the Yokohama International Stadium on Sunday as Ireland’s starting full-back, with Conway making his tournament bow on the right wing after head coach Joe Schmidt named his matchday squad to the face their Six Nations rivals this morning.

Ireland come to the boil nicely for perfect send-off

It is difficult to imagine a coach as demanding as Joe Schmidt putting his feet up on Saturday night and thinking he has this World Cup campaign nicely sized up.